154,225FansLike
654,155FollowersFollow
0SubscribersSubscribe
Is That Legal 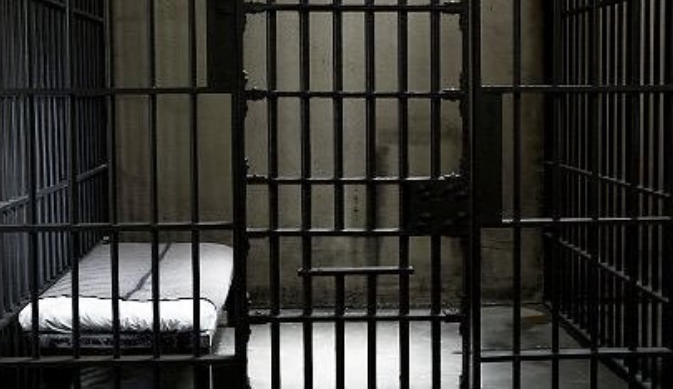 In the Indian legal system, bail is the right of an accused person. Bail refers to the release of any person who is accused of a crime from jail or legal custody in accordance with the order or judgment of the appellate court. While in a civil case getting bail is one of the rights of the accused person, it is the choice of the judgment declaring authority in a criminal case. Bail is governed by the Code of Criminal Procedure, 1973. Though bail was established in the law books to ensure an accused is not forced to remain in a jail cell before trial. The term “bailable offence” is outlined in Section 2 (a) and should not be confused with “non-bailable offence,” which falls under sub-section (1). Section 436–450 governs provisions relating to bail found under The Act.

There are 3 types of bail in India:

i: A regular bail is a conditional release from jail where a person is not convicted of the crime but is required to appear in court. This type of arrest arrangement comes under the jurisdiction of CrPC i.e. Code of Criminal Procedure and is used only to ensure the presence of a person at the trial. When a person is accused of a crime and taken into custody, he has the right to be let out on bail.

ii: This is an official document that confirms his pre-existing right to release. This can happen equally when the police have arrested someone and are holding them in custody or if they have started an investigation without a warrant.

i: Anticipatory bail is a type of bail given to a suspect before they are arrested and formally charged with a crime. This kind of bail is especially important during court cases where influential people and business rivals will often do anything in their power to attempt framing the defendant for committing wrongs that were never committed at all.

ii: This particular bail is an advanced strategy used under Section 438 of the Criminal Procedure Code. A person who has been granted anticipatory bail cannot be arrested by the police or any other law enforcement agency without first going through the judiciary system where they must first prove that the accused deserves to be arrested and charged before being put behind bars. Anticipatory bail is self-defining.

i: This bail is granted as a temporary means and granted for a short period of time, either during the time of pendency of an application or when the application of anticipatory or regular bail is pending before the court.

ii: Interim bail is always conditional and can be extended. If it expires before the accused has been granted an anticipatory bail or regular bail and he fails to pay the amount required for continuing the bail, then he loses his right of freedom and will be taken under custody.

iii: This type of bail is always under certain conditions which if not complied with, can result in the accused having his or her rights removed due to the fact that they have failed to comply with the original requirements set forth.

Conditions influencing bail of an accused depending on type of offence

IN CASE OF BAILABLE OFFENCE:

IN CASE OF NON-BAILABLE OFFENCE:

Section 438 [7] of the Criminal Procedure Code lays down the procedures for getting bail in anticipation of arrest for a non-bailable offence. The provision was incorporated as per the recommendation of an earlier report of the 41st Law Commission [8] and subsequent judicial interpretations by High Courts across the country. There should be an element of suspicion or doubt, where the person seeking bail feels that his case or circumstances make him look guilty of a double homicide or that someone with a personal vendetta against him might frame him for the murders or some other serious crime in efforts to get him arrested. The person seeking bail needs to present before the court certain special facts that he/she believes might be understood well enough as convincing by the judge so as to consider them grounds enough for granting bail. Again, it is up to the judge to determine whether there are indeed sufficient reasons for granting such a request based on what is presented by the petitioner and other factors like severity of charges against the said party (i.e., if there’s reasonable doubt), etc. Anticipatory bail can be granted only by a High Court or a Court of Sessions.

A critical analysis of bail amendments in India

Bail is an important part of the criminal system in order to ensure the constitutional right accorded to every citizen of our country that ensures that no one can be arrested before trial until we are proven guilty. But the way this process works has a lot of flaws and often bail is denied for no reason at all other than being a poor person who can’t afford to buy their own freedom. The recommendations from the law commission in their 268th report[16] were important and should be implemented so that a fair system that helps every innocent citizen get out on bail exists as soon as possible. This would go a long way in ensuring that citizens of our country have every right available to them per their Constitution and other such legal systems. Bail means that a person incarcerated is released to their own, or family’s, custody until their trial date. The freedom to move about is not restricted and neither is the liberty of driving a vehicle or possessing firearms. The purpose of bail is to ensure that the accused keeps to the fundamental conditions stated in the bail order. The aim behind giving bail is not to punish a person who is charged with an offence, but to release him so that he can lead a normal life until his trial begins or finishes, depending on the nature of his offense. A bail system has thus been established. Security for the release of people awaiting trial, who are arrested and held in custody, is provided by a surety bail system. There are some factors taken into consideration while establishing bail, like income, criminal record and a history of drug usage etc., but ultimately it all comes down to what the judge decides to do yes or no. There is no universal approach for bail and there won’t ever be because each case has its own unique circumstances involved behind each individual’s reasons for wanting out on bail.