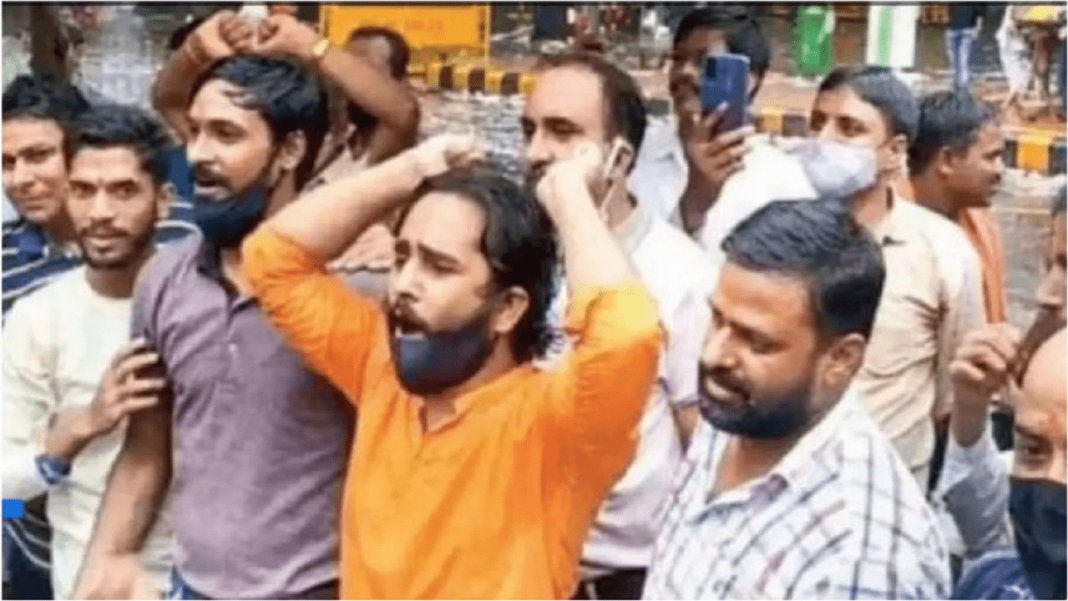 The Delhi Police has filed an application before the Patiala House Court seeking an order to collect voice samples from the accused persons to match alleged videos/audios taken on record in a case related to allegedly raising communal slogans near Jantar Mantar.

According to the application, Ashwini Upadhayay, Convener, Unite India Movement, sent an email on August 4, 2021 and Preet Singh, President, Save India Foundation submitted an application on July 13, 2021 requesting the DCP, New Delhi District to allocate them a suitable place and provide appropriate security on August 8 from 10 AM to 5 PM to celebrate the anniversary of the Quit India Movement which was launched on the same date in 1942.

The two applications were considered and rejected in view of the DDMA order under which all types of gatherings and congregations were prohibited. The permission was also rejected in order to prevent and control the outbreak of the coronavirus pandemic, the Delhi Police application said.

Even when the organizers gave an undertaking that the gathering would be restricted to 50-60 persons, permission was denied keeping in view the enforcement of DDMA guidelines, the on-going Parliament session and imposition of Section 144 CrPC  in New Delhi District.

The application said the Delhi Police came to know through social media that the organizers were inviting people to gather at Jantar Mantar on August 8, 2021 and thus there was a possibility of a large gathering on the occasion. Hence, deployment of adequate force, including paramilitary forces, was made at the venue.  At around 9 am on that day, people from various parts of Delhi / other parts of India and from various Hindu organizations started gathering in front of Park Hotel, near Jantar Mantar, New Delhi.

When the crowd swelled, the organizers were asked time and again to stop them and restrict the number of persons as stated in the undertaking given to police. However, a large number had gathered around the place of function at around 10.30 AM.  When the program was in progress, it was informed by some people that some participants were raising objectionable slogans against a particular community in their interviews to various media groups.  However, they could not be identified on the spot.  Later on, some videos on social media reported how some people had raised such objectionable slogans and U/s 188 / 269 / 270 / 153A IPC & 3 Epidemic Diseases Act & 51 ( b ) DM act was made and on this, an FIR was registered at PS Connaught Place in order to make field investigation to identify such persons and unearth the truth.

“During the course of investigation, identification of suspected hate speech personnel, hurling anti-Muslim and inflammatory slogans during the above program in the live videos which is viral on social media were verified and identified with the help of viral video and media photos on  social media & interviews by news channels were also examined and suspect accused were traced out accordingly and were arrested in the above mentioned case.”