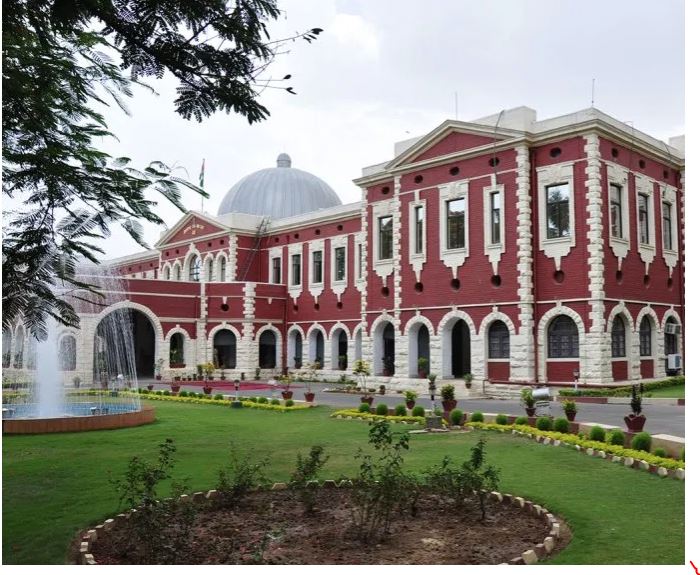 The High Court of Jharkhand has recently held that the Speaker of a House is required to take a decision on question of disqualification when it is referred to him. The Court observed that under the constitutional mandate no power has been conferred upon the Speaker to take suo motu decision for answering the question about disqualification under the Tenth Schedule of the Constitution of India.

In the present case, the petitioner was Kendriya Adhyaksh (President) of Jharkhand Vikas Morcha (Prajatantrik), which is a recognized and registered State Level Political Party. Its Central Working Committee conducted a meeting on February 11, 2020 and resolved to merge the Jharkhand Vikas Morcha (Prajatantrik) political party with Bharatiya Janata Party, a national political party.

The President of JVM (P) wrote a letter on 11-02-2020 to the Election Commission of India enclosing the Party’s decision and made a request to merge JVM (P) and its legislature party with BJP. The Election Commission of India on March 6 had informed regarding merger of JVM(P) with BJP. When the decision of the merger was brought to the notice of the Speaker, Jharkhand Legislative Assembly, the Speaker issued a notice on 18-08-2020 stating that he has come to believe that there is an issue affecting the Tenth Schedule of the Constitution of India.

A petition was filed before the High Court after the petitioner was directed to produce evidence himself or through Advocate on September 17, 2020. According to the petitioner, the Speaker of the Jharkhand Legislative Assembly has no power to take suo motu cognizance to treat a case under Tenth Schedule of the Constitution of India as the constitutional mandate as under Tenth Schedule the Speaker has only been conferred with the power to take decision on questions as to the disqualification on ground of defection if any question to that effect is referred.

In the present case, no such issue has been referred by anyone for its adjudication, however, such power has been exercised by the Speaker in pursuance to the provision of Sub-Rule (1) of Rule 6 of the Rules, 2006 which confers power to the Speaker to take suo motu decision for determining the question of defection in view of the Tenth Schedule of the Constitution of India. Another argument later raised was with respect to the power of the Court to grant interim relief to the petitioners in the instant case, as the same seems protected by Article 212 of the Constitution.

The High Court had to determine if the Speaker can take suo motu cognizance under paragraph 6 of the Tenth Schedule and if  the Court can exercise its power under Article 226 to grant interim relief in a matter connected with paragraph 6, Tenth Schedule.

The court observed that the Speaker is required to exercise the power for taking decision if question about disqualification is referred for such decision before him. Therefore, under the constitutional mandate, no power has been conferred upon the Speaker to take suo motu decision for answering the question about disqualification under the Tenth Schedule of the Constitution of India.

On the question regarding extent of Court’s power of Judicial Review in cases attracting Paragraph 6 of the Tenth Schedule, the Bench took note of the Supreme Court’s judgement in the case of Kihoto Hollohan v. Zachillhu.

“…The Speakers/Chairman while exercising powers and discharging functions under the Tenth Schedule act as Tribunal adjudicating rights and obligations under the Tenth Schedule and their decisions in that capacity are amenable to judicial review. However, having regard to the Constitutional Schedule in the Tenth Schedule, judicial review should not cover any stage prior to the making of a decision by the Speakers/Chairmen. Having regard to the constitutional intendment and the status of the repository of the adjudicatory power, no quia timet actions are permissible, the only exception for any interlocutory interference being cases of interlocutory disqualifications or suspensions which may have grave, immediate and irreversible repercussions and consequence.” the Court had noted.

Therefore, the High Court observed that it is evident that the power of judicial review can be exercised but under its limited scope, that is, if the order has been found to be passed on the violation of the constitutional mandates, mala fide, non-compliance with Rules of Natural Justice and perversity.

The Court held that in the present case the petitioner has been able to make out prima facie case and if the interim order would not be granted, the same will lead to irreparable loss and further, balance of convenience also lies in favour of the petitioner, therefore, is of the view that it is a fit case where the interim relief is required to be granted in favour of the writ petitioner.