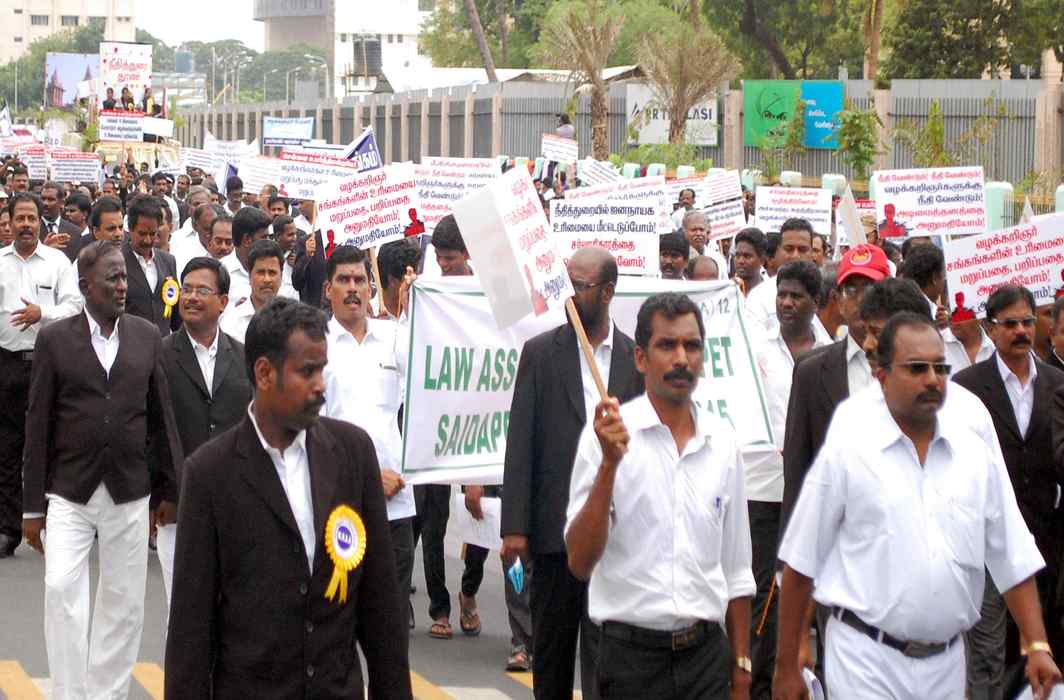 In a surprising move, eight judicial officers have moved the Supreme Court, charging that since 2017, the Madras High Court collegium has continued to reject their names and those of six others from their batch as High Court judges and instead recommended juniors.

This was a joint petition and among the eight petitioners, three were district judge-rank officers. They are: R Poornima, Madras High Court Registrar (Vigilance); K Rajasekar, Member-Secretary, Tamil Nadu State Legal Services Authority (TNSLSA) and AKA Rahman, Principal Judge, Family Courts, Chennai. The other five are R Sakthivel, A Kanthakumar, A Nazeema Banu, MD Sumathi and M Suresh Vishwanath, all of whom are district judges of Coimbatore, Dharmapuri, Madurai, Ariyalur and Thoothukudi districts, respectively. All eight petitioners were directly appointed in February 2011.

The petitioners said that they had completed 10 years of service as lawyers and were appointed as district judges on February 18, 2011. They said they had completed six years of service in the district judiciary in 2017, but when it came to appointment as High Court judges, the Madras High Court collegium did not consider them. Rather, it recommended the names of judicial officers who were far junior to them.

Another issue seems to be the profile of district judges in the state. A Rajendraa, an advocate in the Madras High Court, told India Legal: “For over seven years, the prevailing notion among influential people in the political class and in the collegium was that directly appointed district judges have their own preferences towards either the DMK or the AIADMK as they were appointed during the tenure of either of these regimes. So those responsible for the selection of High Court judges are now giving more preference to those judicial officers who have risen from the lowest level of the judiciary, ie., as munsiffs or magistrates rather than from district judges.”

Protests against the recommendations of the Madras High Court collegium for appointment of High Court judges are not new. In January 2014, massive protests erupted over a list of 12 names which was sent to the Supreme Court for appointment as judges. Over 15,000 advocates carried out protests inside the High Court. Interestingly, the protests erupted even though there was no official word either from the Supreme Court or from the Union government on the 12-member list. The protesting advocates laid siege to the chamber of the then chief justice of the Madras High Court, Justice RK Agarwal. The protesters specifically mentioned three names on the list, all of whom were Brahmins, and openly spoke about the growing number of Brahmin judges. They demanded that all three names be dropped from the list. Later, that list was withdrawn.

But a section of jurists argues that the core issue is lack of transparency in the selection process.

VV Latha, an advocate, told India Legal: “There is a big difference between lawyers protesting and serving district judges protesting for a cause. Though the district judges have not hit the streets like lawyers, the very fact that they approached the Supreme Court speaks volumes about the issue.”

She said the collegium should discuss with the Bar the shortlisted names in order to avoid complications and eliminate heart-burning among all the stakeholders.

Many say the functioning of the collegium system should change. In a country where entrance tests are conducted even for office assistant jobs, why should just three persons decide the choices for High Court judges, ask insiders. “High Court judges’ appointments must be transparent and on merit. All parameters recommended by the Justice K Venkatachaliah committee must be followed strictly. This is the only way out,” said Balendran, a retired government lawyer from Madurai.

“I won’t be surprised if it is proved that a powerful section of the political class in New Delhi and even in the higher echelons of the judiciary is working behind this joint writ petition. A district judge knows very well how the system works in India and still he approaches the Supreme Court? There is more to this than meets the eye,” he said.