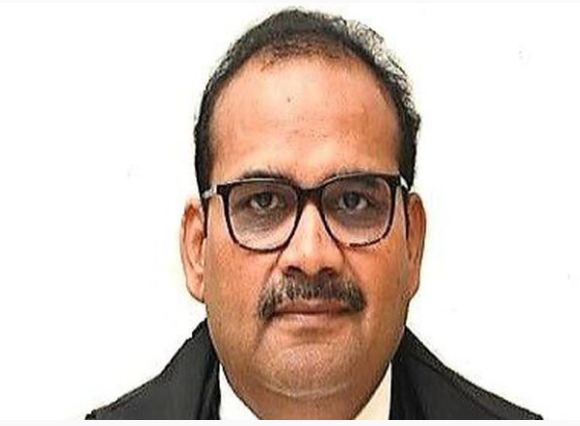 Justice Maheshwari was born on June 29, 1961 in Jaura of Morena in Madhya Pradesh. He has done BA, LLB, LLM and was enrolled as an Advocate on November 22, 1985.

He was appointed as an Additional Judge of the Madhya Pradesh High Court on November 25, 2005 and appointed as a permanent Judge on June 28, 2023.

In the State of MP, the Chief Justice constituted various committees to assign the administrative works and responsibilities to the Judges. His Lordship held responsibilities in various committees. Such as Administrative Committee No. 1 (Higher Judicial Service, Building Committee for Building Construction and Maintenance; Finance Committee, Juvenile Justice Committee, M.P. High Court for Monitoring the functioning of the Juvenile Justice issues in the State of Madhya Pradesh; Committee to recommend the names of Advocates for their designation as Senior Advocate; Member of Committee which was involved in comprehensive studies and analysis on the Courts of Madhya Pradesh, Past and Present; Various other assignments as assigned by Hon’ble Chief Justice of Madhya Pradesh High Court. His Lordship was also nominated Member of Academic Council, National Law Institute University, Bhopal.

Also Read: CJI Ramana to swear in 9 Supreme Court judges tomorrow at one go, a first for the institution

He had also disposed more than 65,000 cases while sitting in Indore Bench, Gwalior Bench and Principal Seat at Jabalpur and Lok Adalats held by the High Court of Madhya Pradesh from time to time.

The site of High Court Guest House was also identified at Nagarjuna University Guntur, which is under construction. Justice Maheshwari took steps for the Establishment of Gram Nyayalayas at various stations in the State of Andhra Pradesh. The guidelines for dealing with complaint against the Judicial Officers in Vigilance Cell were also framed. About 500 complaints of the Judicial Officers have been disposed as per those guidelines which were pending prior to one year of establishment of the High Court.

Steps were taken for recruitment of the High Court staff as well as staff in Sub-ordinate Courts due to bifurcation and establishment of new High Court of Andhra Pradesh on January 1, 2019. Safety measures were taken to ensure the wellness of the stake holders and duty staff of the High Court and to deal with the Covid-19 situation.

In Andhra Pradesh, the judiciary and executive in the state were on a collision path. In the backdrop of the Amravati land scam, setting aside of appointment the State Election Commissioner and removal of YSR Congress flag colours on village secretariat buildings and scrapping of state order making English medium mandatory in government schools, the government had been complaining against the High Court.

The SC collegium had recommended to the government the transfer of four chief justices (CJs) of high courts including Andhra Pradesh high court’s Chief Justice Maheshwari to the Sikkim high court, weeks after chief minister Jagan Mohan Reddy had complained to the CJI about the state’s top judiciary.

The Bench of Chief Justice Maheshwari and Justice M. Satyanarayan Murthy had also granted much needed relief to Covid-19 patients by opening up a private hospital, which was attached under the SARFAESI Act.

It is his sensitisation to the problems of the marginalised sections that prompted the farmers to give a grand send-off to Justice Maheshwari.

Justice Maheshwari’s modestly can be amply seen when during his farewell speech at the Andhra Pradesh High Court, he gave credit to his peers. He mentioned that he came from a village background and by his hard labour, he tried to be intelligent. He also commended the High Court’s Registry for being hardworking.

“People like me will come and go, but the action and contribution for the institution needs to leave a mark, to be remembered,” said Justice JK Maheshwari. He had also called upon his fellow judges and the staff of the High Court to strive for the betterment of the institution, and uphold its dignity.

“We did not make any effort to change the existing traditions, but only strove to enrich them,” added the Chief Justice of the Sikkim High Court, who dealt with various welfare issues during his short tenure.

The Bench of Chief Justice Jitendra Kumar Maheshwari and Justice Meenakshi Madan Raiin In Re- Discharge Of Effluents By Pharma Companies Situated At Singtam considered a pivotal issue regarding extraction of the ground water. The hill state has its own peculiarities, and noting that sufficient surface water is available in the State, the Bench pulled up the government for giving reasons for extracting ground water.

In Re Establishment of Old Age Homes in all districts of Sikkim, the Bench of Chief Justice Maheshwari and Justice Meenakshi Madan Rai expressed its dissatisfaction with the progress of establishment of old age homes.

Did you find apk for android? You can find new Free Android Games and apps.
Share
Facebook
Twitter
Pinterest
WhatsApp
Previous articleCJI Ramana to swear in 9 Supreme Court judges today at one go, a first for the institution
Next articleJustice M.M. Sundresh: Former Madras High Court to Supreme Court