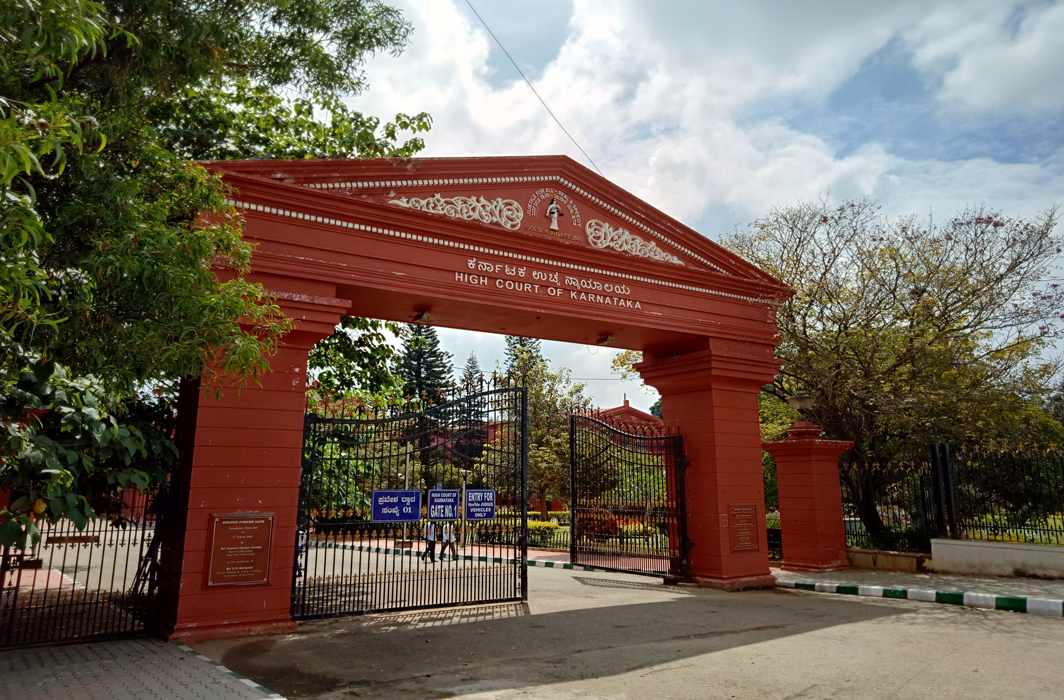 Above: The Karnataka High Court will now decide on the restoration of the Lokayukta’s powers/Photo: Stephan David

Though the JD(S) government in Karnataka had promised to enhance Lokayukta powers and abolish the Anti-Corruption Bureau, little has been done. Now PILs in the High Court are seeking justice

Karnataka’s top anti-graft body, the Lokayukta, has sought justice from the state High Court to regain its original powers. After the previous Siddaramaiah-led Congress regime and the current HD Kumaraswamy-led JD(S)-Congress coalition government sought to clip the wings of the Lokayukta, it has taken the legal route and knocked on the doors of the High Court. It wants restoration of policing and investigation powers that were transferred from it to a newly set up Anti-Corruption Bureau (ACB) which was created by an act of the previous government via a March 2016 order. While the Lokayukta is a quasi-judicial body that was meant to act as an independent watchdog, the ACB functions under the state Department of Personnel and Administration.

The Lokayukta has now joined hands as a respondent with a few private petitioners who had filed a PIL in 2016 in the High Court against the directions of the state that divested the Lokayukta of its powers.

“All political parties have deliberately tried to denigrate the institution of the Lokayukta from time to time,” said former Lokayukta Justice Santosh Hegde to India Legal. “The previous Congress government tried to take away the crucial grievance redressal jurisdiction from the Lokayukta. After there was hue and cry, they dropped it. And without any discussion in the public domain or in the assembly, they created the ACB, giving it some of the powers of the Lokayukta. To protect a certain grade of officials and ministers, the government even passed an executive order making it mandatory to take prior permission from it before conducting a raid or investigation,” he added.

The JD(S) manifesto, released before the May 2018 assembly polls, promised to enhance the powers of the Lokayukta and abolish the ACB. Due to a fractured mandate powering a JD(S)-Congress combo, that promise has been tossed away. Chief minister Kumaraswamy has not only forgotten his promise, he even appointed a new police officer to head the ACB. Even the BJP has not vociferously lob­bied for a stronger Lokayukta. Its chief minister in 2011, BS Yeddyurappa, had the ignominy of being the first head of this state to be packed off to jail on corruption charges during the time of Justice Hegde.

Justice P Vishwanatha Shetty, the present Lokayukta and a former Karnataka High Court judge was the unanimous choice of six constitutional authorities (the chief minister, the chief justice of the High Court, the chairman of the legislative council, the Speaker and Opposition leaders in both Houses) for this post in 2017. He has burnt the midnight oil to give the institution a good name after his predecessor, Justice Bhaskar Rao, was embroiled in a graft case. The institution of the Lokayukta that was set up in 1984 during the tenure of chief minister Ramakrishna Hegde has remained headless for two years.

But civil society activists filed PILs before the High Court demanding justice for the Lokayukta. Justice Shetty told India Legal: “There is enormous faith in the institution by the general public. There is a good name to it and we hope that the High Court will give us suitable relief and justice to carry out our duties and responsibilities the way it was meant to be.”

Civic volunteer R Saritha told India Legal: “What is the point of asking the government for permission to raid an officer or a politician if he or she is under a cloud or if there is evidence of corruption? All political parties use the name of the Lokayukta to gain votes, but forget to give it its due when they are in power.”

Justice Hegde denounced the move to make the Lokayukta weak. “Government interference must stop. Attempts to render the anti-corruption ombudsman’s office futile must stop.” In fact, eminent jurist Ram Jethmalani had written in a blog that when the Siddaramaiah government passed the March 2016 government order (GO) establishing the ACB, he had searched high and dry for a copy of it and it was never made available on the government website.

For now, the Lokayukta has lost the power to file cases on its own or conduct raids under the Prevention of Corruption Act as that power has gone to the ACB. To make matters worse, the Lokayukta can now probe complaints addressed to it only after the government’s permission. But, it can probe FIRs registered before the formation of the ACB in 2016. But it has run into a wall regarding investigating corruption cases involving senior officials.

The Congress party too has been vacillating over this issue. While at the centre, it did not waste time pointing a finger at the NDA government for failing to set up the Lokpal, in Karnataka, it sought to gravely weaken the Lokayukta’s policing and investigation powers. In 2010, Siddaramaiah had even taken out a padayatra from Bengaluru to Bellari to press the then BJP government to act on a report by the Lokayukta on illegal mining, which eventually led to Yeddyurappa’s exit. But when Siddaramaiah himself became the chief minister in 2013, he did a U-turn and clipped the wings of the Lokayukta by a GO in 2016.

As per the 1984 Karnataka Lokayukta Act, the duties of the Lokayukta include looking into complaints against administrative actions and cases of corruption, favouritism and indiscipline in the administrative machinery. Under the provisions of the Act, the Lokayukta has its own police wing that reports only to the ombudsman.

In its submission before the High Court in September 2018, the Lokayukta made two points: A law enforcement official working for the government may be unable to conduct a fair trial, impartial inquiry or investigation of high-ranking public servants, while a police officer working under the supervision of the Lokayukta is insulated from such influence.

The first report given by the Administrative Reforms Commission headed by Morarji Desai had recommended the establishment of a Lokpal and Lokayukta institutions for redressing citizens’ grievances by investigating the administrative actions taken by or on behalf of the central or state government or certain public authorities. These institutions were intended to serve independent of the government concerned and supplement the judicial institutions headed by the chief justices or judges of Supreme Court or High Courts.

The High Court will now decide the legality of the ACB and the restoration of the Lolayukta’s powers. Justice Shetty has fast-tracked work at his office, attracting both bouquets and brickbats. In March 2018, he was even knifed in his chambers by a complainant. “We must overcome evil with virtue,” he told India Legal.