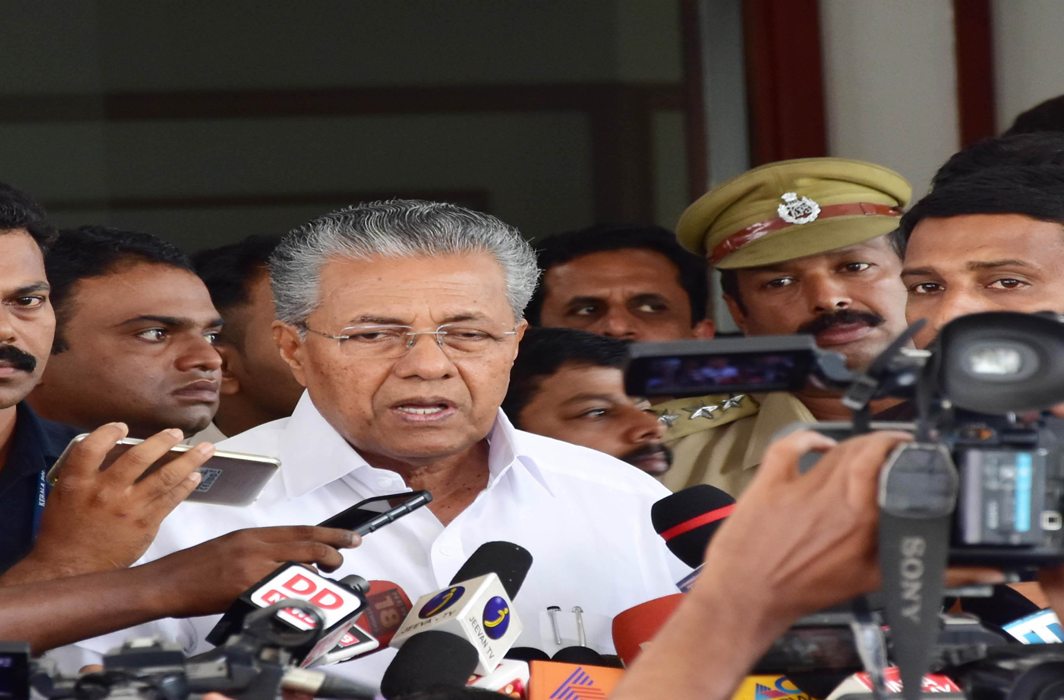 Kerala Assembly today passed a resolution opposing the Citizenship Amendment Act (CAA), amid intense protests against the legislation across India.

Chief Minister Pinarayi Vijayan of the ruling CPI(M) led LDF tabled the resolution in the State Assembly. Except BJP leader O Rajagopal, every other MLA, including those from the opposition, supported the resolution. Rajagopal contended the that the resolution was illegal, as both the Houses of Parliament had passed the Act.

Vijayan said in the Assembly that the CAA was against the secular fabric of the country and would lead to religion-based discrimination in granting citizenship.

“The Act contradicts the basic values and principles of the Constitution. In view of the anxiety among the people of the country, the Centre should take steps to drop the CAA and uphold the secular outlook of the Constitution,” he said.

Maharashtra Congress leader Arif Naseem Khan welcomed the move. He said that all state governments should call a session of Assembly, demanding the withdrawal of the CAA.

Maharashtra Congress leader, Arif Naseem Khan: We welcome this decision by Kerala government, all state governments, including the Thackeray government in Maharashtra should call a session of assembly, asking the central government to withdraw Citizenship Amendment Act. https://t.co/ZP3gnQINsw pic.twitter.com/RWawgjZyU5

While presenting the resolution, the Kerala CM also said there won’t be any detention centres in the state. The CM added that “if secularism is threatened, it would weaken the existence of the country”.

The one-day special session was convened to ratify the 10-year extension of SC and ST reservation in the Assembly and Parliament. However, considering the concerns among public regarding the CAA and National Register of Citizens (NRC), the resolution was taken up in the Assembly, official sources said.

Did you find apk for android? You can find new Free Android Games and apps.
Share
Facebook
Twitter
Pinterest
WhatsApp
Previous articleCalcutta High Court Calendar for the year 2020
Next articleOsama death: Another twist to the tale