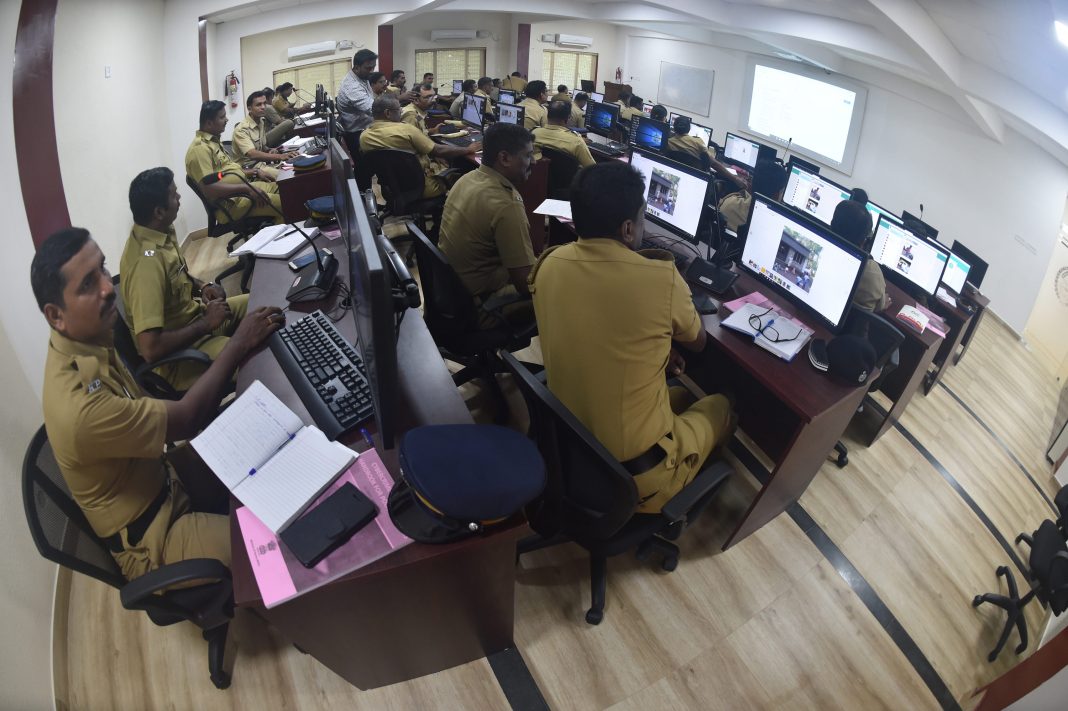 The state has taken the lead in introducing a penalty for the misuse of social media by way of an ordinance in the Kerala Police Act. While freedom of expression is a fundamental right, it is not an absolute one.

Back in the eighties, we have often wondered why police horses, which were thoroughbreds, were still being bought from Multan. The explanation lay in the repeal of the Police Act of 1861 after a petition was filed by Prakash Singh in the Supreme Court. The Court not only found the Act obsolete and outdated and held that it was null and void, it also asked various state governments to legislate their own police acts. Accordingly, some states put legislation in place, while others adopted their Acts without making local changes as might have been required.

Now Kerala has taken the lead in introducing penalty for the misuse of social media by way of an ordinance in the Kerala Police Act. Otherwise also, the Kerala model is remarkable because it seeks to incorporate many grey areas which had hitherto not clearly been spelled out in terms of norms, rules, regulations, implementation and punishment.

This time, the Kerala government has decided to amend the Police Act to check increasing abuse on social media and cyber crime. The cabinet decided to recommend to the governor to issue an ordinance to incorporate Section 118(A) into the Act to punish anyone who creates or sends information that is offensive, intended to offend or threaten another person through any means of communication with an imprisonment of five years, a fine of Rs 10,000 or both.

The question that arises is whether other police acts too can be changed to curb social media and what are some of the instances of this menace? Obviously, in riot situations, where there is fear of misinformation being shared on social media, internet services are curtailed to prevent aggravating the situation.

It may be recalled that in 2015, Section 66A of the Information Technology (IT) Act, which was being used by the police to arrest people on charges of posting objectionable content on the internet, was struck down by the apex court, primarily because it was seen as an infringement of the freedom of ex­pression. The Court also nullified Section 118(D) of the Kerala Police Act, saying it infringed on freedom of speech.

Now the Kerala government seeks to add Section 118 A since the centre has not been able to either provide an alternative or passed any legislation to curb the misuse of social media where it is used to threaten and offend others. It goes without saying that the demographic pattern of Kerala is quite different from other states because it has a mixed population of Hindus, Muslims, Christians and others. Hence, it becomes expedient to enact a penal provision to curb social media so that misinformation, rumours and hateful posts don’t go viral.

Legal opinion on whether a state government can make such a law or even strike down Section 66 of the IT Act may differ. But as per the Seventh Schedule, police and public order are state subjects. So nothing hinders states from making laws according to local needs in order to maintain public order.

There is also criticism that certain governments (non-BJP ones) are passing their own farm bills even after the centre legislating on them, although agriculture is under the Central List of laws to be enacted. Critical wrangling may go on and on, yet the fact is that the Kerala Police Act is a unique piece of legislation and takes care of many other unlegislated offenses and crimes, which have a bearing on public tranquillity.

Another important fact is that though the Police Act of 1861 has been repealed and newer police acts have come into force, the Punjab Police Rules 1934 (followed almost everywhere in the country), which were framed in consonance with the 1861 Act, still hold good. Newer police acts should have their corresponding rules of implementation framed in accordance with the requirements of modern day policing. Having new police acts and not having new police rules dilutes the very essence of the repeal of the 1861 Act by the Supreme Court.

Although freedom of expression is a fundamental, complex and natural right to freely express oneself through any media without outside interference, it is not an absolute right and carries with it special duties and responsibilities. Therefore, it may be subject to certain restrictions provided by law. The Kerala model seeks to address this issue. It goes without saying that to combat offences like hate campaigns and attacks through social media, strong legislation and a more open, equitable and just system of censorship that truly abides by the constitutional spirit embodied under Article 19(1)(a) are needed.

In a landmark judgment upholding the right to free speech, the Supreme Court in Shreya Singhal and others v/s Union of India struck down Section 66A of the IT Act, 2000, but this did not result in an unrestricted right to free speech. This is because analogous provisions of the IPC will continue to apply to social media. This could include intentionally insulting a religion or religious beliefs, promoting enmity between groups on grounds of religion and race, public mischief, insulting the modesty of women, defamation and incitement to an offence. Article 19 (2) of the Constitution authorises the government to impose, by law, reasonable restrictions on the freedom of speech and expression on the grounds of the sovereignty and integrity of India, security of the State, friendly relations with foreign countries, public order, decency or morality in relation to women, contempt of court, defamation and incitement to an offence.

“It’s envisaged that nothing in sub clause (a) of clause(1) of this Article shall affect the operation of any existing law or prevent the state from making the law in so far as such law imposes reasonable restriction on the exercise of the right conferred by the sub clause in the interest of Sovereignty and integrity of India.”

In the Shreya Singhal case, it has already been held that intermediaries are duty bound when they are called upon by any order of the government to move or disable access to any information, as well as provide relevant information pertaining to identity of the offenders. This power is a very special one conferred under the IT Act, 2000, and needs to be more frequently used.

Not only does the Kerala Police Act take care of day to day police procedures to be adopted, but also suggests the duties of police officers. The Punjab and Haryana models of the respective police acts see even community policing endeavours to be part of police duties, as also accountability issues in the absence of which Hathras type cases of gangrape keep happening in society.

The Kerala government by way of an official communique has informed that the Kerala High Court had earlier directed the police to take steps against hate campaigns and attacks through social media. During the Covid-19 breakout, there was an unparalleled increase in attacks and hate campaigns by vested interests on social media. In fact, the central government itself should have been alive to these needs.

The Kerala model is being seen as a silver lining in the implementation of a regulation and using a penal provision to contain the negative aspects of social media which can become a cause for spreading hate and affecting communal harmony.