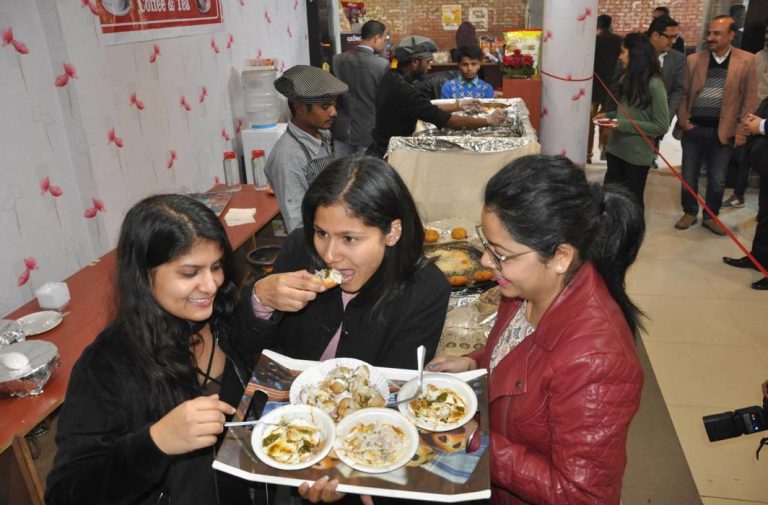 Above: Hygiene is often given the go-by at smaller restaurants and street food joints, putting consumers at great risk/Photo: UNI

India’s food regulator is all set to make it mandatory for hotels and restaurants to display hygiene ratings at their entrances. This could well change the way Indians eat out

Eating out in India is a tricky affair especially if one wants to eat at a restaurant that is not vulgarly expensive. At smaller restaurants, there are questionable standards for everything—the way the food is cooked, where the raw material is sourced from, the cleanliness of the cooks…. If one manages to saunter into the kitchens, that will probably be the last time one will ever eat anything there. As there are loose regulations and checks on eating places and kitchens in India, hygiene is always a worrying factor.

But all that might change soon as India’s food regulator is all set to make it mandatory for restaurants and hotels to display hygiene ratings at their entrances. They will also have to ensure that a food supervisor monitors compliance with existing food regulations so that the food served is safe. Over 1.7 lakh food supervisors will be trained to undertake this massive task.

According to Pawan Agarwal, chief executive of the Food Safety and Standards Authority of India (FSSAI), a pilot has already been started to rate online food players. A process to rate restaurants is being developed, and FSSAI hopes it will soon be put in place. The ratings would be displayed on the food regulator’s website so that consumers can check how a restaurant is rated before deciding whether to visit it or not.

This is good news for the consumer who, till now, was at the mercy of eating outlets that never really cared about hygiene. Some restaurants even put up signs on the doors leading to their kitchens stating that there was no entry for anyone other than the staff. Restaurants with open kitchens where consumers can watch their food being prepared are a rarity and often expensive. The hidden message was that hygiene comes at a cost.

Arjun Sagar Gupta, owner of The Piano Man Jazz Club in Delhi and Gurugram told India Legal that the mandatory display of hygiene ratings was an excellent idea provided the system of giving ratings is well-designed and implemented. As it is, the bulk of good players in the food business already take care of food standards and hygiene, he said.

Once these ratings are enforced, the quality of food will also improve as no restaurant will want a poor rating as this will reduce customer footfall. Eating outlets will also keep their premises and kitchens clean and ensure that their staff maintains personal hygiene. However, eating out is obviously going to become more expensive. But consumers are hardly going to complain as they would see the positive spin-offs of eating at cleaner restaurants.

Jitesh Poojary, branch manager, Swagath, Noida, told India Legal that the move to get restaurants to display hygiene ratings was a much needed one. “It will not only help consumers choose where they want to dine, but also help those who are in the food business to improve and meet the expectations of diners,” he said.

It was only in 2010 that the Food Hygiene Rating System was introduced. European countries enforce strict rules of hygiene and quality of food. In Northern Ireland and Wales, it is mandatory to display food hygiene rating stickers. Dubai has very strict rules, and restaurants are extra careful with hygiene as they stand to pay stiff penalties and lose their licences. In North America, it was seen that hospitalisation related to food poisoning dropped by 13 percent after hygiene ratings were introduced. A similar trend was seen in Toronto. In Los Angeles, restaurants that got an “A” rating said their business revenues grow by 5.7 percent, “B” grade ones saw their business grow by 0.7 percent and “C” grade ones suffered negative growth.

The greatest apprehension of restaurant owners in India is that they will have to shell out larger bribes with regulation kicking in as food supervisors have been known to shut an international chain of restaurants in the capital because they saw a fly inside one of them. Vinayak Kaul, manager, Lightning Cafe, Greater Noida, told India Legal: “Though the broad objective is to ensure cleaner and safer food for consumers, many establishment owners are rightly worried about whether it will be implemented in a well-planned and rational manner. Enforcement of the new legislation should be accompanied by the authorities providing specific information about how the rating is going to be done. A reasonable amount of time should be given to food outlets to incorporate the necessary changes.”

The new regulatory system must ensure that the rules are spelt out well so that subjective assessment does not make a mockery of the issue. Often, good regulations collapse as the execution is wrong. The introduction of the rating system is part of reinforcing the “Eat Right India” campaign. Health Minister Harsh Vardhan said that the burden of diet-related diseases such as diabetes, hypertension and obesity was rising and this new approach empowers consumers. The ratings will also force roadside eateries that operate in unhygienic conditions to clean up their operations. Most ignore even basic standards of hygiene and food quality and use sub-standard oils and raw material. So, though street food may be enticing, backroom operations at such outlets leave a lot to be desired.

This rating should have been introduced ages ago in India as hygiene is often compromised and is the last thing any food operator thinks of. In fact, it has become so much a part of the culture that jokes are often told about how immune Indian stomachs are to bacteria and disease. But the fact is that almost all of us have had a bout of Delhi Belly. Pushpesh Pant, food critic and writer, told India Legal: “Making restaurants display hygiene ratings is a great idea. It’s not only foreign tourists who are worried about the notorious Delhi Belly, Indians too worry about water-borne infections and the hazard of food poisoning caused by contamination. Display of hygiene standards certified by a credible agency will be reassuring for customers.”

It is an idea whose time has come.