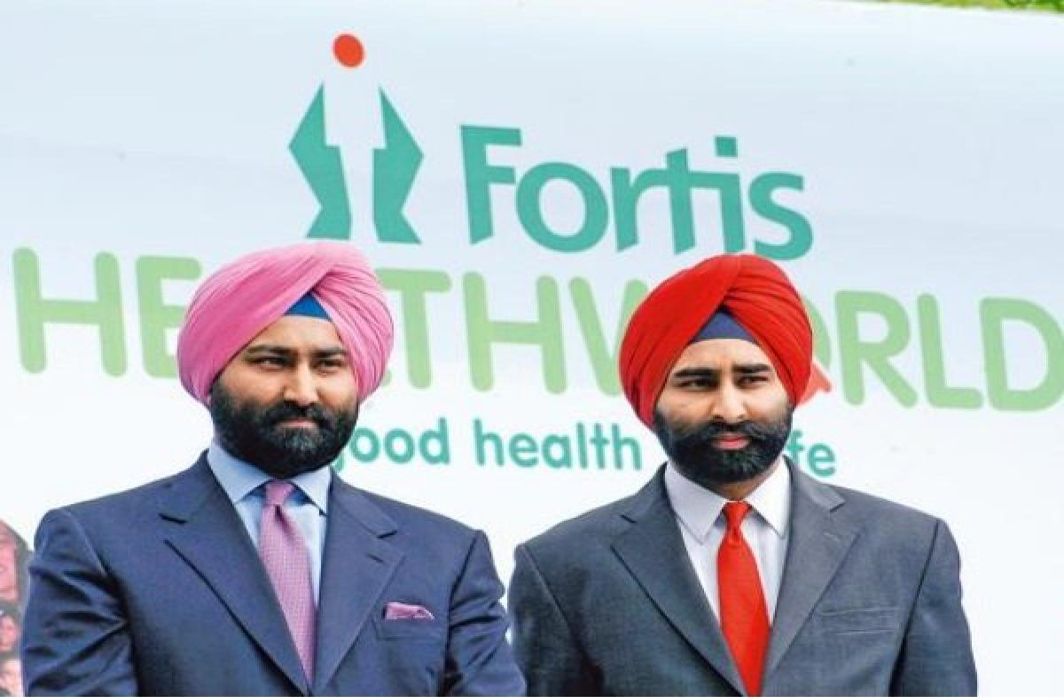 Above: Estranged brothers Shivinder (right) and Malvinder Singh are under scrutiny for diverting money from Fortis Healthcare to their privately-held companies

“How effectively legal contracts are enforced is the single most important determinant of economic performance.”

There is now a growing body of evidence that points to the importance of the relationship bet­ween legal institutions and long-term economic growth. Strong legal enforcements positively impact credit and stock markets and lead to greater economic activity.

Corporate governance includes pro­cesses that ensure that investors get this return. In practical terms, corporate governance principles are designed to provide a roadmap for how companies protect the interests of their long-term shareholders, and in doing so, also protect those of other stakeholders—emplo­yees, customers, suppliers, stockholders, management and the community at large. The Companies Act, 2013, and the Securities and Exchange Board of India (Listing Obligations and Disclosure Req­­­uirement) Regulations, 2015 (LODR) provide a regulatory framework for corporate governance and other disclosures required for related third party transactions, accounting  and remuneration of directors.

Despite stringent regulations on corporate governance, in practice there is little that prevents promoters and CEOs from diverting funds to their advantage. The Fortis case is one of many recent cases. ICICI Bank, Sahara, Kingfisher, Satyam, Saradha Group, Reebok India—are all glaring examples of abject failures of corporate governance in India. In all these cases, the cosy relationship between board members and majority shareholders, usually the promoters, has often resulted in misallocation of corporate resour­ces at substantial cost to minority shareholders.

A company governs itself internally through its board of directors and externally through its shareholders and regulators like the Ministry of Corporate Affairs and SEBI. The board is responsible for developing the strategic and operational direction for the company and ensuring that it meets its statutory obligations. It is required to establish committees to enable transparency in its management and to create trust with stakeholders. These include committees for audits, nomination and remuneration, stakeholder relationship and corporate social responsibility.

Section Clause 49 (I)(A) of the Listing Agreement (SEBI) notes the criteria for a director to be independent: The person cannot be a current or recent executive, should not have had any significant business dealing with the company, i.e., not have been a partner or executive director of the auditors/ lawyers/consultants of the company in the preceding three years, and not own more than two percent of the voting block of shares.

The board, therefore, is effectively an agent appointed by the shareholders to protect their interests. Maximising shareholder wealth through the price of the company’s stock is the primary obligation of the board. The board does this by ensuring the smooth management of the company’s day-to-day affairs, development of long-term strategies and overseeing its financial transactions to prevent the diversion of resources by executives and promoters.

So it is fair to ask what was the board of directors doing while managers in companies like Fortis were involved in such unprofessional behaviour. Could funds have been diverted, as alleged, without the knowledge of the audit committee? If these transfers occurred with the approval of the board, it points to serious problems with the functioning of independent directors on listed companies like Fortis. More importantly, it focuses attention on the composition of boards on listed Indian companies and the inherent conflict of interest that prevents boards from providing the necessary checks on management behaviour.

Like all of us, directors on a board respond to incentives. Clearly, legal and regulatory incentives directed at obtaining the desired corporate behaviour are not very effective. There are three reasons for this:

One way to realign the incentives of these directors is by changing their compensation structure. The compensation of board members consists of a cash component (retainer), and smaller cash amounts paid for attendance at board and committee meetings. There is very little incentive compensation in the form of stock and stock option grants which vest over a period of years.

If we want directors to further the long-term health of the companies they serve, their compensation should consist only of restricted equity. If directors are paid solely in restricted equity, they are more likely to do their job. By “equity” we mean stock and stock options. By “restricted” we mean that the director cannot sell the shares or exercise the options for one to two years after his last board meeting. We believe that corporate directors should not be paid any retainer fees or other cash compensation. Of course, this change wouldn’t prevent every scandal or solve every problem with corporate governance. But it would help channel director attention toward longer-term profitability.

In a recent study, we looked at the relation between director stock ownership and company performance for the largest US companies. Using a sample of the 1,500 listed US companies for the period 1998-2016, we found that those in which directors owned more stock, performed better. We also found that directors who own more stock are more likely to act independently and dis­cip­line or fire the CEO when the company’s stock underperforms.

The increasing presence of domestic and foreign institutional investors in Indian stock markets will likely change this. Foreign investors in particular are used to active markets for corporate control through takeovers, tender offers, proxy fights. It is hoped that the risk of losing control will force promoters and executives to take corporate governance and transparency more seriously.

Eventually, it is greater self-regulation and the discipline imposed by an active market for corporate control that will bring about a change in corporate governance in India. Codes of conduct and self-regulation programmes are increasingly being used by companies around the world. Studies show a dramatic growth in the enactment of voluntary corporate codes among the Fortune 1000 firms as companies respond to the globalisation of their business and the increased demand and awareness am­ong investors for transparency in corporate governance.

The notion behind self-governance is that the market is in a better position to act expeditiously and impose penalties than a bureaucratic regulator. There is evidence that the stock prices of companies with lax corporate governance procedures decline when these infractions are revealed. In the last two decades, some of the largest multinational companies like Enron, VW, WorldCom, Tyco and Adelphia have been disciplined by the market. Over time, India too will need to move from a statutory code for corporate governance to a voluntary code imposed by the market.

The modern economy depends critically on the presence of strong and stable financial markets, and a vital component of this is transparent corporate governance. As the Indian economy integrates further with global markets and foreign investment increases, good corporate governance becomes an imperative. Investors need to know that they can trust the financial information disclosed by a company, and that a strong board is in place to protect their interests. And companies, too, need to understand that if they are to reap the benefits of global capital markets, their corporate governance practices must be transparent, consistent and credible.

—Dr Sanjai Bhagat, Professor of Finance at University of Colorado, is the author of Financial Crisis, Corporate Governance, and Bank Capital. Dr Sanjiv Bhatia is a financial economist and founder of contractwithindia.com