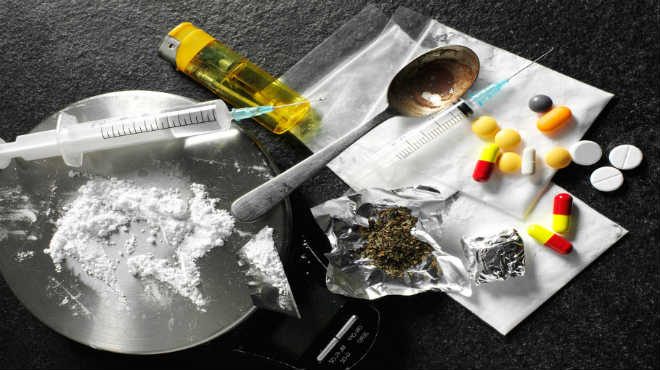 As initially enacted for example Narcotic Drugs and Psychotropic Substances Act (NDPS Act) 1985 (hereinafter alluded to as ‘the Act’), there existed no distinction between a drug trafficker and an addict. A uniform sentence construction was specified as punishment for most offences under the Act.

The 2001 Amendment Act (hereinafter alluded to as the ‘Amendment Act’) got material changes. The distinction between a drug trafficker and an addict was incorporated. The ‘Announcement of Objects and Reasons’ of the Amendment Act drew out the requirement for extreme punishment for drug traffickers (peddlers) while conceiving a reformative approach towards addicts. It was thusly proposed to support the sentence structure to guarantee that drug traffickers (peddlers) are punished with obstruction sentences. While, addicts who commit less genuine offences, are sentenced to a lesser punishment. Accordingly, the Act was changed.

Restrictions placed on award of bail: Distinction between a drug trafficker and an addict is kept up (Section 37 of the Act) The Amendment Act brought about changes in conditions for award of bail too. An accused asserted to be engaged with ‘commercial amount’ of contraband or an accused affirmed to have enjoyed ‘financing’ of illicit traffic or of ‘holding’ guilty parties (Section 27A of the Act) is subjected to tough conditions for award of bail. The Act would require the Court to be fulfilled before award of bail (as per Section 37) that there are ‘sensible reason for accepting that the accused isn’t liable of such offense’. Court needs to additional record in such a case that the accused ‘isn’t probably going to commit any offense while on bail’. These are further necessities notwithstanding the typical conditions of bail prescribed under Section 439 of Cr.P.C., 1973.

For an addict, the over two severe conditions don’t apply. The bail application of an addict would be considered as per the provisions of Section 439 of Cr.P.C., 1973.

Besides, it might appear to be impossible for the Court to record that the accused ‘isn’t probably going to commit any offense while on bail’. Supreme Court tended to these inquiries in State of Uttaranchal v. Rajesh Kumar Gupta [1]It was held that the bar of Section 37 must be taken a gander at in a pragmatic way. It cannot be construed in such a manner in order to invalidate the extremely right of an accused to get bail which is generally an important right.

On the aspect of the accused ‘not liable to commit any offense while on bail’, Supreme Court enunciated the approach:- “… . Notwithstanding, such an offense in future must be an offense under the Act and no other offense. Since it is difficult to predict the future conduct of an accused, the court should necessarily consider this aspect of the issue having respect to the antecedents of the accused, his propensities and nature and way in which he is claimed to have committed the offense.”

As nitty gritty above, Section 37 shows the distinction between a drug trafficker and an addict added vide the Amendment Act.

Indeed, even before the Amendment Act, the Act in Section 27A punished the act of ‘financing’ illicit traffic and ‘holding’ wrongdoer in the strictest terms. Here the punishment isn’t under ten years however may stretch out to twenty years and furthermore fine which will not be short of what one lakh rupees, which may reach out to two lakhs rupees. While, under the Act, an addict is sentenced to a limit of a half year or with fine which numerous degrees to 10,000 rupees or with both.

For ‘financing’, the amount of the contraband has no relevance. This is for the explanation that act of ‘financing’ and ‘holding’ are route past the actions of an addict, who consumes the contraband. An accused who is financing and so far as that is concerned, an accused who is holding is a drug trafficker and in this way treated in the strictest terms, as distinct from the case of an addict.

Punishment is the highest for ‘commercial amount’ for example ‘drug trafficker’ attracts the sentence of at the very least ten years however may stretch out to twenty years and furthermore fine which will not be short of what one lakh rupees, which may reach out to two lakhs rupees. Though for ‘little amount’ for example addict, punishment may reach out to a half year or with fine which may stretch out to 10,000 rupees or with both. A ‘drug trafficker’ attracts the rigid conditions of bail under Section 37 of the Act, too.

We can sum up that financing illicit traffic or managing in ‘commercial amount’ are examples of drug traffickers. In this manner, both these categories attract tough conditions of bail (referenced in Section 37 of the Act) just as hindrance punishment under supported sentence structure.

TWO RECENT INSTANCES A. Case of ‘financing’ In Rhea Chakraborty case, the prosecution asserts the commission of an offence under Section 27A of the Act and charges that the accused was enjoying ‘financing’ illicit traffic.

Financing is much past simple deal or purchase of contraband. Financing would take inside its ambit a course of business, a person who makes a speculation. ‘Financier’ is gifted in overseeing financial operations.

Kerala High Court adopted the thinking that ‘financing’ includes an activity other than deal or purchase, in which a person contributes or provides assets or resources.

The case against Rhea Chakraborty is that of offer purchase of the contraband. As referenced above, financing is an activity past deal or purchase. Simple deal or purchase is to be sure included in ‘illicit traffic’ under Section 2(viii) of the Act and is made separately punishable. Though, the provision of Section 27A and 37 would be attracted just when an accused is discovered to finance a deal/purchase of contraband. Just deal/purchase would, best case scenario, be constituting an act of ‘illicit traffic’ which is in itself not punishable under Section 27A of the Act.

The approach of the Special Court was corrected by the High Court of Bombay, in Appeal It has been held that ‘financing’ is an offense past deal purchase of contraband. ‘Financing’ includes unlawful exchange or business.

Having analyzed the domestic law, we take a gander at the global scenario. Prior to the Amendment Act, we find that India became a signatory to the United Nations Convention Against Illicit Traffic In Narcotic Drugs and Psychotropic Substances, 1988. Under the UN Convention, the case of an addict is referenced in Article 3(1)(a)(i), where production, manufacture, preparation, deal etc. are enrolled.

As against this offense of association the executives or financing any of the previously mentioned [Article 3(1)(a)(i) offences] are referenced separately. Article 5 of the said Convention, categorizes ‘composed criminal group’ and ‘global sorted out criminal activities’ as particularly genuine. These cases are preferable to that of a drug trafficker.

Resulting to UN Convention, SAARC Convention on Narcotic Drugs and Psychotropic Substances was marked by part states including India. This convention contains comparable covenants as in the previously mentioned United Nations Convention.

It can accordingly be expressed that the Amendment Act acquired the classification of offenses which was mooted by the UN Convention and by the SAARC Convention. Financing is a case of a ‘drug trafficker’ which attracts the most extreme punishment and tough conditions of bail under the Act. Though, the case of an addict is covered under activities of ‘illicit traffic’ which attracts less extreme punishment

The conclusion of the Bombay High Court in Rhea Chakraborty’s case appears to be in accordance with the above mentioned.

The important aspect that submits to consideration under the steady gaze of the Supreme Court was whether in the event that the all-out amount of the admixture weighs to be ‘commercial amount’, at that point whether the nonpartisan material would need to be excluded to calculate the culpable material.

Supreme Court in Hira Singh has taken the view that in any event, when contraband is blended in with an unbiased material, the complete amount of the admixture is to be taken as the ‘culpable material’. For coming to this end result, the Supreme Court depends upon the meaning of ‘preparation’ under the Act.

The above definition, as can be seen, doesn’t go past ‘narcotic drug or psychotropic substance’. This doesn’t include any nonpartisan material!

It is pointed out that the Act specifically specifies ‘impartial material’ any place it was so planned. For instance, in cannabis (hemp), coca leaf, opium, nonpartisan material is specifically included. Nonetheless, Hira Singh has perused ‘unbiased material’ in each corner of the Act.

Supreme Court has subbed its own opinion for the opinion of the Legislature when it records that:- 8.3. …. The heroin is blended in with different substances like chalk powder, zinc oxide, because of these, impurities in the drug, earthy coloured sugar are cheaper yet more perilous. These are just not many examples to show and exhibit that even a combination of narcotic drugs or psychotropic substance is more perilous. Accordingly, what is hurtful or damaging is the whole combination/tablets with unbiased substance and Narcotic Drugs or Psychotropic Substances.

‘This inquiry of ‘commercial amount’ was needed to be analyzed from the viewpoint of the Amendment Act to the parent Act of 1985. This Amendment Act had tried to defend the sentencing structure. That is, sentence to be commensurate to the amount of the contraband in question. The Statement of Objects and Reasons of the Amendment Act understands in this manner:- “Consequently, it is proposed to support the sentence structure in order to guarantee that while drug traffickers who traffic in significant amounts of drugs are punished with hindrance sentences, the addicts and the individuals who commit less genuine offences are sentenced to less serious punishment. This requires legitimization of the sentence structure provided under the Act. It is likewise proposed to restrict the application of strict bail provisions to those wrongdoers who enjoy genuine offences.” considering the above discussion, the accused is to get punished for the actual amount of the contraband. The opposite view revolts not just against a plain perusing of the Act yet additionally against all canons of culpability. By what means can a person be incriminated for being in possession of any amount of bournvita or beside, of plain sugar?

Read Also: COVID-19 and its Impact on Education System in India