In a laudable judgment, the Madras High Court recently advised the National Medical Council that medical colleges should not teach students in a way that is derogatory to this community. 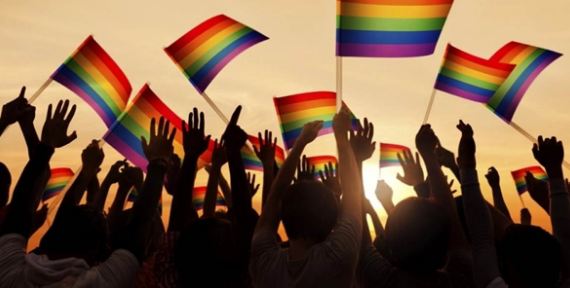 “Our society needs to recognise the unstoppable momentum toward unequivocal civil equality for every gay, lesbian, bisexual and transgender citizen of this country.”

Starting from 1991 when the AIDS Bedhbhav Virodhi Andolan (ABVA) had organised a protest against police harassment, India has come a long way as far as recognising the rights of the LGBTQIA+ community goes.

The key development was the filing of a petition by Naz Foundation challenging Section 377 in 2001. This Section was “read down” by a Division Bench of the Delhi High Court in July 2009. The Court declared that “Section 377 IPC, insofar it criminalises consensual sexual acts of adults in private, is violative of Articles 21, 14 and 15 of the Constitution”.

As per Vikram Raghavan, a lawyer and author, the Delhi High Court judgment set the ball rolling for the LGBTQ community in India. He said:

“Naz Foundation, unlike any other decision before it, has the unique potential to diminish popular, but irrational, moral condemnation of stigmatised groups…. Indeed, the mass publicity and fanfare heralding the decision presents a rare opportunity for activists to reshape public opinion and influence a wider social debate about gay rights.”

However, just like nothing good is ever accomplished overnight, the judgment too was challenged by one Suresh Kumar Koushal, an astrologer. Koushal was a complete stranger to the proceedings, yet the Supreme Court chose to entertain his appeal. In December 2013, a Supreme Court bench comprising Justices GS Singhvi and SJ Mukhopadhaya set aside the Delhi High Court judgment. It characterised the LGBT community as a “miniscule fraction of the country’s population” and ruled that the High Court was erroneous in relying upon international precedents “in its anxiety to protect the so-called rights of LGBT persons”.

This judgment came as a shock to the community. However, a ray of hope emerged when numerous petitions were filed before the Supreme Court challenging the validity of Section 377 once again. In January 2018, these were referred to a Constitution Bench, where four out of the five judges read down Section 377.

In this judgment, Chief Justice Dipak Misra emphasised the point of “constitutional morality” and referred to the transformative nature of the Constitution that recognised that Fundamental Rights are not just for the majority.

Justice Rohinton Nariman, in his opinion in the judgment, recognised the right to dignity of all individuals, regardless of their sexual orientation. He spoke about the stigma attached to being identified as a member of the community and directed the State to take measures to ensure that the judgment was given publicity in order to address this issue that has always been discussed in hushed tones.

Justice Chandrachud, in his own unique style, recognised the “crucial role of sexual autonomy in the idea of a free individual”. He, in fact, went on to say “that the choice of whom to partner, the ability to find fulfilment in sexual intimacies and the right not to be subjected to discriminatory behaviour are intrinsic to the constitutional protection of sexual orientation”.

Justice Indu Malhotra, went on to say that sexual orientation was an innate attribute of one’s identity, and cannot be altered. She held that the phrase “order of nature” is too open-ended and open to misuse. Justice Malhotra remarked that history owes an apology to the members of this community and their families.

It is with this background that the latest advisory on October 13, 2021, has been issued by the National Medical Council (NMC). The advisory can be summarised as follows:

•Medical institutions should not teach students in a way that is derogatory or insulting to the LGBTQIA+ people.

•Authors of medical textbooks should amend all unscientific and discriminatory information about the community.

•Medical universities, colleges, institutions should not approve books with such derogatory references.

•Government and authorities are to strictly apply the guidelines.

LGBTQIA+ (Lesbian, Gay, Bisexual, Transgender and Asexual people) are usually at the receiving end of a lot of stigmatised notions. Adding to this is the erasure of any available queer narratives with absolutely no representation in the education system. The moment a queer person puts out his/her identity, the safest place for any human being—his home— can turn into a hostile environment. So how they will be treated in a normativity society can be imagined.

This minority is forced to navigate life away from home with little to no support. To add insult to injury, they are forced to hide their identity at every turn of life. So the choice for them is to either continue to remain faceless or reveal themselves and face the consequences. In fact, the forces that offer protection to society in general, turn out as potential dangers for this community.

It was in the wake of a petition for protection against harassment, filed by a lesbian couple in the Madras High Court, that certain directions were passed that led to the issuance of the NMC advisory. The case was being decided by Justice N Anand Venkatesh, who mentions in the judgment how he personally spent some time doing research and collecting material to arrive at a proper understanding of this issue.

It would have been possible for him, he says “to pack my Order with a lot of research material and get applauded by the outside world for rendering a scholarly Order. There was a call from inside which kept reminding me that if I venture into such an exercise at this stage, it will only be hypocritical of me since the Order will not reveal my true and honest feeling about this very important issue”. The judge went on to admit in the judgment that he was trying to break down his own preconceived notions about this issue and that he was is in the process of evolving and sincerely attempting to understand the feelings of the petitioners and their parents.

During the course of hearing, Justice Venkatesh also underwent counselling in order to overcome his own mindset and as an endeavour to understand this issue in a better light. It was during this case that the Court’s attention was drawn to psychiatry, forensic medicine and toxicology textbooks that had unscientific and derogatory remarks against LGBTQIA+ people. The Court also went on to examine how some textbooks listed homosexuality as a disorder and talked about forced conversion therapy.

Conversion therapy, even though banned in many countries, still exists in India and was severely criticised by the Madras High Court. The Court directed the NMC and the Indian Psychiatric Society to introduce necessary changes in the curriculum in order to educate the upcoming generation and to remove the deep-rooted bias that exists against the LGBTQIA+ community. Strict directions were also passed against the police who were advised to not harass the sexual minorities and to bring certain changes to the police conduct rules in order to punish erring police personnel in this regard.

Other courts too have passed positive judgments in this regard. On September 7, 2021, the Kerala High Court passed an order seeking the removal of discriminatory and inhuman references to LGBTQIA+ people from MBBS textbooks.

Even though there have been various statutes that have been formulated specifically for the protection of the LGBTQIA+ community, yet the acceptance of this group is far from over. The Transgender Persons (Protection of Rights) Act, 2019, mandates governments to take measures for the “review of medical curriculum and research for doctors to address their [transgender] specific health issues”, but no concrete action has been taken and the mandate remains a dysfunctional one.

The new advisory by the NMC on the face of it seems to be a step in the right direction. But it has some flaws:

•The advisory committee set up by the NMC does not have any queer representation. Hence, it may not have the empathy to understand the issues faced by the community.

•The NMC has to recognise and address the flaws present in the curriculum and make a proactive effort to rectify them.

•It also needs to pass specific and time-bound guidelines on how to make medical care for the LGBTQIA+ affirmative.

•The directive also needs to specify changes across several subjects and not just forensic medicine and psychiatry.

The advisory is too little, too late, but just like every drop contributing in making an ocean, if it is followed to the letter, it will aid in lessening the fear and doubts people have regarding sexual minorities. Reducing life to black and white limits our ability to see the rainbow. Similarly, ignoring this minority will have a far-reaching impact on the development of the nation as a whole.

—The author is an Advocate-on-Record practising in the Supreme Court of India, Delhi High Court and all district courts and tribunals in Delhi