The founding president of People’s Decade for Human Rights Education, Shulamith Koenig, believed that only a rights framework can encourage disciplined and socially responsible development through investment and trade 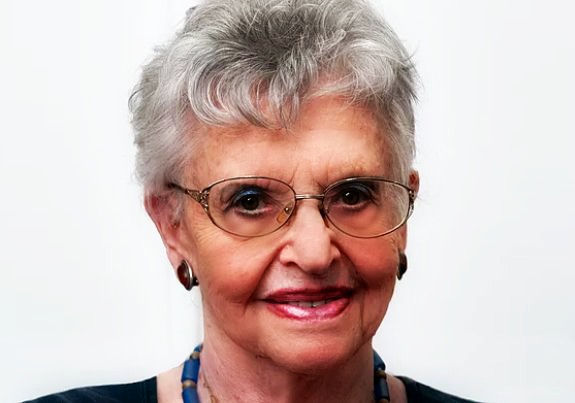 Shulamith Koenig—who since 1988 was the founding president of PDHRE, a movement for Human Rights Learning (formerly known as People’s Decade for Human Rights Edu­cation)—has moved into infinity, but hers was a life lived exceptionally well.

She has left the world which she reshaped with the quest of human right to have human rights education and learning. As we well know, one may be educated but never learn to care for hapless others; and formal education about human rights may still leave wholly behind rightless human beings and disadvantaged people.

For Shulamith, human rights learning was an ethics of care and not just an ethic of legal rights. She leaves behind many difficult legacies, including one (where to invert the phrase of French philosopher and historian Michel Foucault) the documents of today become monuments of tomorrow.

Shulamith was awarded the 2003 UN Prize in the field of human rights—an award given to five people every five years since 1966 and counts among them Nelson Mandela, Eleanor Roosevelt, Martin Luther King Jr. and Jimmy Carter.

HRE was imagined by Shulamith as envisaging “a new political”—and I add a “civic”—“culture based on human rights” (in the words of Nelson Mandela). To this day, I recall that as fierce a feminist that she was, she (at Washington College of Law, American University) virtually held up Dr Karan Singh, who in his keynote address used the term “mankind” instead of “humankind”. She believed in enabling women and men (note that she always put women ahead) alike to participate in the “decisions that determine their lives, and live…in dignity with one another, moving from charity to dignity guided by the holistic human rights framework”.

Many articles, monographs and manuals were published by her, and she wrote for, and supervised, the publications of Passport to Dignity, Women Hold Up the Sky, Human Rights Learning: A People’s Report and Call for Justice, a resource capsule to further voluntary work at the community level. She supervised the publication (with UN-HABITAT), Human Rights Cities: Civic Engagement for Societal Development.

Shulamith worked tirelessly to create a UN Decade for Human Rights Education (1995-2004) and new worlds of global policy to enhance inclusive learning as a “way of life”, crucial to people’s daily concerns.1 This complex concern stressed the notion of civic “ownership” of human rights by local communities. Human rights commitments were willingly adopted by all States through treaty commitments, declarations and international customary law. They created certain obligations and expectations of right to justice and protection of all human rights—as obligations of dignity owed to We, the People. The movement of HRE was not post-political but an ally of good governance. HRE aimed to foster (in her words) “critical thinking and systemic analysis within the holistic human rights framework” and “action for social and economic justice and invigorates social responsibility”.

The PDHRE, in a larger international network, fostered a concept of Human Rights Cities. In aiming at 20 Human Rights Cities in four regions. Shulamith, and her colleagues, put to work an old concept with contemporary vigour. Eleanor Roosevelt asked, for example: “Where, after all, do universal human rights begin? In small places, close to home—so close and so small that they cannot be seen on any maps of the world”. Like her, Shulamith believed that the “world of the individual person; the neighbourhood… the school or college… the factory, farm, or office…. are the places where every man, woman, and child seek equal justice, equal opportunity, equal dignity without discrimination. Unless these rights have meaning there, they have little meaning anywhere.”

Shulamith believed that all good activists put into action the maxim: “Think globally and act locally” and wanted to place HRE where it all began and life moved. Stephen P Marks and Kathleen A Modrowski (with Ambassador Walther Lichem) tell us a lot in a marvellous monograph about this messianic initiative.2 Remarkable is the United Nations Resolution of the General Assembly which sponsored an International Year of Human Rights Learning (a resolution, adopted without a vote, co-sponsored by more than 100 countries).

Shulamith mounted an indefatigable campaign within and outside the UN for including human rights education and was pleased at the launch of the UN World Programme for HRE since 2005. She was inwardly happy that Irina Bokova, Director-General of UNESCO, and Navanethem Pillay, UN High Commissioner for Human Rights, adopted the notion of HRE as “a lifelong process that builds knowledge and skills, as well as attitudes and behaviours, to promote and uphold human rights”—a notion writ large in all the work of PDHRE.

The first phase of the programme (2005–2009) encouraged concrete measures to integrate HRE in “all sectors” in schools, and the second phase (2010–2014) engaged higher education institutions and training institutes of civil servants, law enforcement officials and the armed forces. The Human Rights Council (2010) agreed to strengthen HRE in these sectors through the development and review of policies and practices.3

She also passionately believed that “unchecked and unmitigated” globalisation and development will lead the world into chaos; only a  human rights framework can encourage disciplined and socially responsible development through investment and trade. From large multinationals to the abject poor, “everyone must be aware of their own human rights and those of others” lest “our participation in the cycle of economic brutality and prejudice … continue”.4

It remains difficult to cast Shulamith in any mould. She will be remembered as a versatile figure—an engineer,  a sculptor, a painter, an avid drama and  orchestra fan, a fine cook and a gourmet—among many other roles and talents. Never a quintessential UN person, she commanded the unstinted affection and admiration of many diplomats and personnel in the UN system. Held in high esteem by all activists, she had a single-minded mission: to prevent the “vicious cycle of humiliation” and equal dignity to all. She attracted many activists, diplomats, academicians and common folks in a passionate embrace of HRE/HRL action.

But she was a hard “taskmaster” and made many demands on friends. I recall to this day many conversations, some of which never saw the light of day! I shared, at Yale, in detail my dream about the legends of human rights; the thought of retrieving early anticipations of human rights in oral and written traditions was exciting. It proved a multi-civilisational task beyond the resources of the PDHRE.

My second idea was an early envisioning of what is now called “business and human rights”. But aside from some hortatory remarks, the PDHRE could not make even a head start, so formidable was the multinational denialism that human rights discursivity ever extended to doing business, within or across borders. But I still recall the excitement with which Shulamith recalled my portion of People’s Report on HRE, focussing on notions of dialogue, participation and responsibility. But the PDHRE community, while applauding my paper on HRE5, was startled by a critique of “imperialism of human rights at a PDHRE Costa Rica conference! Understandably, this was  considered an anathema by activists committed to human rights evangelism. However, Shulamith did defend my provocative ways! But as an organic intellectual, she maintained a deep distrust of (in Antonio Gramsci contrast) “erudite” intellectuals.

Shulamith would have certainly endorsed T.E. Eliot’s eulogy of passionate action (Wasteland, pt. 5): “The awful daring of a moment’s surrender/Which an age of prudence can never retract/by this, and only this, we have existed.”

3 See, for details, The World Programme of Human Rights Education: Second Phase (New York and Geneva, 2012). Much before this, it was Shulamith’s impact that made me set up an HRC Committee during the term of my office as the Vice Chancellor of Delhi University to consider the possibility of a Bachelor’s degree in HRE. At least two colleges had adopted this degree course in my term. And the Adult, Continuing, and Extension Cell at the University also adopted the distinctive HRE concerns. See also, Karnataka Women’s Information Centre for the National Human Rights commission, Human Rights Education for the Beginners (Delhi, National Human Rights Commission, 2005).

4 Shulamith Koenig and Susannah Freidman, “Human Rights Education as a Tool to Democratize the World Trading System”, 8/4/2000 on PDHRE Websites.