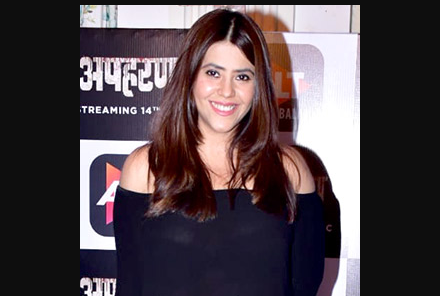 An FIR was registered against Kapoor in a local police station five months ago on charges of spreading obscenity through the broadcasting of the web series, offending ‘religious sentiments’, and insulting national symbols.

Justice Shailendra Shukla of the Indore bench of the Madhya Pradesh High Court gave a detailed verdict while dismissing the petition filed under Section 482 of the Criminal Procedure Code.

After reviewing the pleas of all the concerned parties, the single bench said in a 65-page judgment that it seems that the facts of the trial are not such that the court at least uses its extraordinary powers under Section 482 of the CrPC for quashing the FIR at least in respect of Section 67, 67-A of IT Act and Section 294 of IPC.

However, the court has given relief to Kapoor in connection with the allegations made in the FIR for hurting religious sentiments and improper use of national emblems through the telecast of the web series.

The single bench remarked in its judgment that it would be sufficiently fair to say that the provisions of Section 298 (Offending religious sentiments) in IPC and the State Emblem of India (Prohibition of Improper Use) Act has not been found in the case.

Kapoor had filed a petition in the high court denying the allegations leveled against him in the FIR lodged by the city’s Annapurna police on June 5 and pleaded with the court to quash the case.

A police official said that the FIR came on the complaint of two local residents – Valmik Sakaragaye and Neeraj Yagnik – along with sections 294 (obscenity) and 298 (offending religious sentiments) of the Indian Penal Code, and the state emblem of India ( Prohibition of improper use) Act was registered.