Madras High Court has on 24th July dismissed three petitions having a common prayer to declare the President’s condition imposed on the commutation of death sentence null and void.

Justice N. Anand Venkatesh has held, with regard to the scheme of Presidential Pardon under Article 72 of the Constitution, that “the pardon and the condition imposed in this case comes as a package. It has to be either taken as a whole or it must be dropped as a whole. The accused person cannot be permitted to take the beneficial portion of the pardon in his favour and at a later point of time, turn around and question the condition that comes with the pardon. The accused person is in fact estopped from questioning the condition attached with the grant of pardon. It must not be forgotten that the petitioners would have gone to gallows, if not for a clemency granted by the President of India wherein the sentence was commuted to one of life imprisonment without the benefit of remission.”

The three petitioners in these petitions Radhakrishnan v UOI & ors. were sentenced to death by a Sessions Court, subsequently affirmed by the Supreme Court. Their mercy petitions to the President of India were accepted. The Hon’ble President, however, imposed a condition that the prisoners spend the remainder of their natural lives in prison. Consequent to the conditional clemency, these prisoners were unable to take advantage of remission orders passed by the Government of Tamil Nadu. They contended that reformed life convicts are entitled to remission and hence the condition imposed by the President should be declared null and void. It was also contended that such imposition is discriminatory with respect to other life convicts and violative of Article 14 and 21 of the Constitution of India.

Court has stated that:

“The power conferred on the President under Article 72 of the Constitution is of the widest amplitude. Courts have consistently reiterated that judicial review on the merits of the President’s decision was ordinarily impermissible. Judicial deference to exercise of power under Article 72 stems from the quality and character of power that is exercised by a high constitutional functionary.”

The Court quoted a landmark US judgement ( United States v Benz) in this regard:

“…And a man condemned to be hung cannot be permitted to escape the punishment altogether.”

Madras High Court also relied on a SC ruling in KM Nanavathi v State of Bombay wherein it was held that granting mercy was at President’s disposal and he may do so upon what terms he may please. A convict thus cannot be permitted to question the conditions imposed on his pardon since it is inseparable from the clemency order itself. 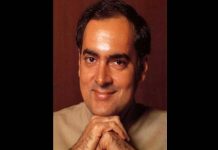 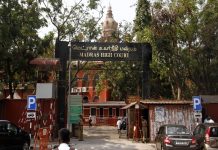