Even as two pleas have been filed in the SC for homosexual marriages under the Special Marriage Act, a leaf can be taken from the US Act enshrining same-sex and interracial marriages. 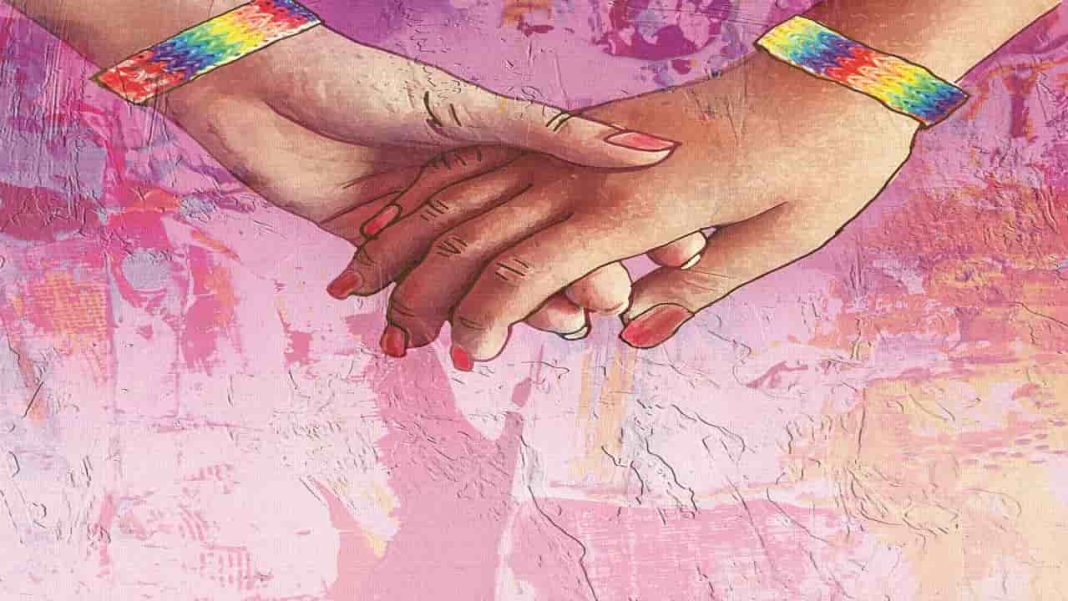 We live in global dark times, but those immersed in the now-time and near future still believe in the idiom or the cliché that every dark cloud has a silver lining—an expression of hope in dark times of doom-saying. It was John Milton who probably used this phrase first: “Here does a sable cloud/Turn forth her silver lining on the night/And casts a gleam over this tufted grove.”1 The quest for the silver lining continues as lethal sovereignties worldwide proliferate practices of corrupt and violent politics, often with total impunity.

The Respect for Marriage Act, 2022, (RFMA) passed by the US Congress and signed into law on December 12, 2022, offers several silver linings in an otherwise darkening landscape. RFMA inaugurally enshrines same-sex and interracial marriages into federal law and allows the government to bring a civil lawsuit against anyone who violates the statutory rights of gay, lesbian or interracial couples. It also notably repeals the 1996 federal law, the Defense of Marriage Act (DOMA), which once defined marriage as between a man and a woman.

In addition, it accomplishes several things. First, it shows that bipartisanship in legislation is still possible even in the polarised politicking of the US amidst Trumpian dystopic dreams and nightmares. Democrats were joined by 12 Republican senators and 39 GOP representatives to pass the Bill.

Second, RFMA is in concord with the trends in public opinion. Gallup Polls in 2021 declared 70% support for marriage equality for same sex people, whereas the Pew Research Centre found 83% support by 2016.

Third, it is the first measure in the 21st century, as President Joe Biden said, to defend “love” and to strike “a blow against hate in all its forms”, and “that’s why this law matters to every single American”. Uttering a living truth called intersectionality for all feminists, extending now to all marginalised people, and those living with disability, the president further said: “Racism, antisemitism, homophobia, transphobia, they’re all connected.” Echoing an old Latin saying, Amor Vincit Omnia (love conquers all), he said: “But the antidote to hate is love.”

RFMA continues the legacy of SCOTUS which enshrines the constitutional right to same-sex and interracial marriage. Every state is bound by the 2015 ruling in Obergefell v. Hodges and the 1967 ruling in Loving v. Virginia; these require issuance of marriage licenses to same-sex and interracial couples.2 Obergefell, as is well known, is a 5-4 decision3 that same-sex marriage is protected under the Due Process and Equal Protection Clauses of the Fourteenth Amendment, and ruled that same-sex marriages performed out-of-state must be recognised in other states.

RFMA is rightly considered a strike against the SCOTUS re-consideration of the Obergefell decision. In Dobbs, Justice Clarence Thomas issued a concurring opinion (a 6 to 3 decision overturning abortion rights) where he opined that the Supreme Court “should reconsider all of this Court’s substantive due process precedents, including Griswold, Lawrence, and Obergefell,” as these precedents were “demonstrably erroneous”. Fortunately, this was not an opinion specifically endorsed by his other Brethren.

Of course, RFMA can be constitutionally challenged. But it is difficult to see the constitutional grounds on which it may be done because it only requires the federal government and all states to recognise same-sex and interracial marriages if they were legally performed in the past or are performed in the future in places where they are still legal, including other states. The competence of states to legislate on matters that adversely affect sexual minorities is not overruled; indeed, as many as 32 states prior to Obergefell who adopted standards of sexual inequality may continue regardless of the new law. But RFMA firmly protects about 7,10,000 same-sex couples (as of 2021), 10% of interracial households (as of 2012-2016) and beyond. Nor may the states lawfully deny the civil benefits of their unions anymore.

Contrary to some apprehensions voiced by religious groups, neither the free establishment nor the practice of religion is affected. RFMA offers explicit protections for religious groups with moral objections to same-sex or interracial marriages. They are neither required to provide goods or services to the marriages they object to on grounds of religion, nor their tax-exempt status be rescinded for refusing to perform or respect a marriage.

The Delhi High Court in the Naz Foundation case, as is well known, led the LGBT movement by recognising the rights of consenting adults to practice gay love in “zones of privacy”. Equally known is the normative revolution that followed in the judicial recognition of gay, and trans-people’s rights by the apex court in respecting the rights of sexual minorities. So far, the Indian Parliament has taken a leading role in recognising trans-rights, although demands for the inclusion of core human rights in that law continue.

The apex court has already expounded the doctrine of “marriage equality” in Shafin Jahan v. Asokan K.M. and Ors. (2018, as per CJI  Dipak Misra and Justice AM Khanwilkar). The “right to marry a person of one’s choice” was declared as “integral to Article 21 of the Constitution”. Further, this “right cannot be taken away except through a law which is substantively and procedurally fair, just, and reasonable. Intrinsic to the liberty which the Constitution guarantees as a fundamental right is the ability of each individual to take decisions on matters central to the pursuit of happiness. Matters of belief and faith, including whether to believe, are at the core of constitutional liberty….”. Society, it said, has no role to play in determining our choice of partners.”

Two petitions have now been filed in the Supreme Court to allow homosexual couples to solemnise their marriage under the Special Marriage Act (SMA), 1954. As the date for the response of the Union government sought by the Supreme Court is much past (November 29, 2022), one hopes the matter will be heard in the near future.

Would it be too much to hope that political and judicial co-governance will act together in securing the LGBTQIA+ human rights expeditiously in this amrit kaal, much before its end in a quarter century? Perhaps, RFMA may serve as a pace setter in this endeavour.

1 ‘John Milton: A Mask Presented at Ludlow Castle,’ published in 1634.

3 Justice Anthony Kennedy authored the opinion and Justices Ruth Ginsburg, Ste­phen Breyer, Sonia Sotomayor and Elena Kagan joined. Chief Justice John Roberts and Justices Antonin Scalia, Clarence Tho­mas and Samuel Alito each authored a dissent. Noteworthy is the fact that six decisions of the four federal district courts were appealed to the US Court of Appeals for the Sixth Circuit. It Nevertheless, on 6 Novem­ber 2014, in DeBoer v. Snyder, ruled 2-1 that the ban on same-sex marriage in Ohio did not violate the US Constitution. The court argued that it was bound to the 1972 Baker v. Nelson decision of the US Supreme Court that dismissed a marriage claim by a same-sex couple.