Jurisprudence across the Palk Strait 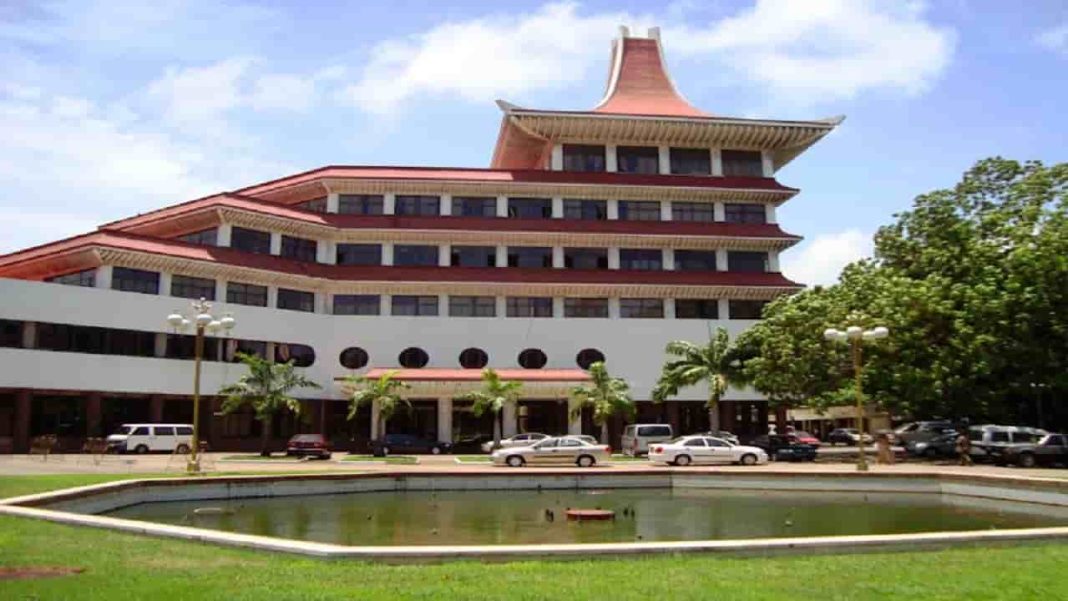 At a time when leading personages are busy asserting the sovereignty of Parliament (and the supremacy of the political executive), and questioning constitutional judicial review powers of the Supreme Court of India, the recent unanimous decision of the Sri Lanka Supreme Court (SLSC), led by Chief Justice Jayantha Jayasuriya, comes as a breath of fresh air.

It holds the named officers, including former President Maithripala Sirisena, personally financially liable for compensation for the devastating terrorist attacks on churches in 2019. It accords pride of place for basic human rights to peace, security and protection. It illustrates how the vast powers bequeathed to the legislature and the executive need to be placed in the service of the people rather than that of the masters. The wider significance of the decision—pitting the circles of sovereignty (prabuta or prabhusatta) against Sewa (service)—augers well for the future of human rights, though it is always an uphill task.

No consideration of sovereign immunity of the State or limits of judicial review deters the SLSC from the path of pursuing the official tortfeasors. The Kesavananda Bharati moment has come to SLSC decision-making, both in substance and form. In substance, it postulates Sewa as the highest function of State protection of life and liberty. In form, the first 63 pages (out of a judgment of 124 pages) lists applicants, respondents, individuals, organised Bar, presidents and secretaries of the government (literally the who’s who of the government). The range of respondents against whom declarations of infringement of fundamental rights are sought includes Maithripala Sirisena, president in 2019; Hemasiri Fernando, Secretary to the Ministry of Defense; Pujith Jayasundara, IGP; Sisira Mendis, Chief of National Intelligence and Nilantha Jayawardena, Director, State Intelligence Service, to name but a few.

In the face of the “harrowing tales of woe”, the SLSC fashions   constitutional redress not merely by appealing to the exclusive jurisdiction under Article 126 of the Constitution1, but also by Executive inaction of in the face of massive violation of various fundamental rights enshrined in the Constitution. These rights are wide-ranging—Articles 12(1) (equal protection of the law); 14(1)(b) pertaining to freedom of peaceful assembly; 14(1)(e) which pertains to freedom either by himself or in association with others, and either in public or in private, to manifest his religion or belief in worship, observance, practice and teaching); 14(1)(g), the freedom to engage by himself or in association with others in any lawful occupation, profession, trade, business or enterprise) and 10 (every person is entitled to the freedom of thought, conscience and religion, including the freedom to have or to adapt the religion or belief of his choice).

In sum, as the Court finds, “these guarantees recognized by the Constitution have been infringed by some of the Respondents by their not acting with due care and attention so as to ensure the personal liberty and national security of this country”.

The SLSC leaves no doubt that the gruesome terrorist attacks which “effectively betray the people and public trust” occurred because of the “reckless failure on the part of the Executive Branch of the government” in “failing to take cognizance and accord due priority to intelligence information received regarding the premeditation of the attacks” which warranted prevention by proactive and timely response….Not merely omission by mere inaction in the face of a credible/ actionable information was entailed; “procrastination in proscribing the terrorist groups and non-declaration of a state of emergency as a vital pre-emptive strike” also contributed in “no small measure to the growing menace of terrorism and the most gruesome bomb blast and massacres that this country witnessed on the 21st of April 2019”. Conspicuously lacking was the “supporting structures” that would have minimised preventable suffering “to deal with an event of such magnitude that shocked this nation on the 21st of April 2019”.

Several aspects of this landmark decision need to be noted in some detail. First, the Court deftly blends not just constitutional and statutory law but also “common law duties and functions entrusted to the Executive Branch” to justify its conclusions. The SLSC endeavoured to establish historic linkages between the “age old liberties” envisaged “in Magna Carta” and “the venerable undertakings in our Charter—the Sri Lankan constitution of 1978”; these linkages must be “respected, upheld and advanced by all the arms of the government viz the legislature, executive and the judiciary”, it said.

Second, “Article 13(4) of our Constitution makes it clear” that no person should be visited with death “unless and otherwise” by an order of a competent Court and “expressed positively that provision means that a person has a right to live, unless a Court orders otherwise”.

Third, the Court orders the establishment of a Reparations Commission based on the idea of a “constitutional tort”. It holds (on page 118) that “when either executive action or inaction infringes the fundamental right of right to life resulting in harm or loss to a person or citizen, it is actionable as a constitutional tort” and finds “security lapses and anomalies on the part of the executive…writ large upon the facts in the case render the socially harmful behaviour liable to be cast in compensation”. Though the “value of the lives lost is inestimable and beyond measure”, it is just and equitable that the State is ordered to make substantial amends and reparation.

Fourth, the SLSC further orders personal pecuniary compensation on persons who held high offices, including the past president and others. The former is ordered to pay one million rupees to the specially created Victim Fund as damages, in addition to a similar amount to be deposited by the State. The “executive inertia” of President Maithripala Sirisena comes in for severe strictures for “not taking steps to avert the bizarre mayhem and destruction…. that…was within his powers to have ensured the personal liberty and security of the people and prevented the precarious slide into anarchy”. Not merely this, Article 4(b) of the Constitution “pinpointedly declares that the executive power of the people, including the defense of Sri Lanka, shall be exercised” by the president as the person anointed as Commander-in-Chief (Article 30 (a) of the Constitution).2

Fifth, interesting is the comparative constitutional and international law safari, with a side glance at what the SLSC charmingly calls the “Jurisprudence Across the Palk Straits”.

No doubt, scattered Indian case law and detailed discussion of a learned single judge of the Delhi High Court, Justice Badar Durrez Ahmed, is pleasing to the Indian ears. He mandated under Article 226 of the Constitution that the government of NCT of Delhi pay compensation to the petitioner who was a victim of a bomb blast due to a terrorist attack. Justice Ahmed laid down germinal principles which would govern the award of compensation.3

All in all, the SLSC strikes a blow for human rights and democratic empowerment of the violated but valiant victims and survivors.  But as judicial comity requires comparative jurisprudence remains at its best suggestive, and even persuasive, but it furnishes no binding precedent. The same is true about most soft international law and hard international law standards that seek to bind State and State-like entities.

It is time that India sheds its policy of reservations to internationally accepted human rights instruments and adheres to international law standards for compensation and rehabilitation of violations of fundamental right to live with dignity; these go much beyond the habits of ex gratia compensation and meandering adjudication.4 Nothing less is expected of her as she marches into the Amrit Kaal, the end of which will mark the proud centennial of the Indian Constitution.

1 Clause 4 of Article 126 recognizes the power in the Supreme Court to “grant such relief or make such directions as it may deem just and equitable in the circumstance in respect of any petition or reference referred to in paragraphs (2) and (3) of this Article”(emphasis added).The article thus combines the powers recognized by Articles 32, and i42 of the Indian Constitution but with the difference that the power to grant ‘just and equitable relief’ is more specifically recognized in Sri Lankan Constitution rather than being a creationist adjudicatory feat prescribed by social action entrepreneurship in India.

2 Substantial but proportionate tort damages were imposed on other officials such as the former IGP, and Director, SIS (Rs 75 million), former Defense Secretary (Rs 50 million).