“Wherever There’s Power, There’ll be Temptation for Abuse”

The National Human Rights Commission (NHRC) has gained the trust of people and needs to rise to challenges, said its second chairman in an interview with . 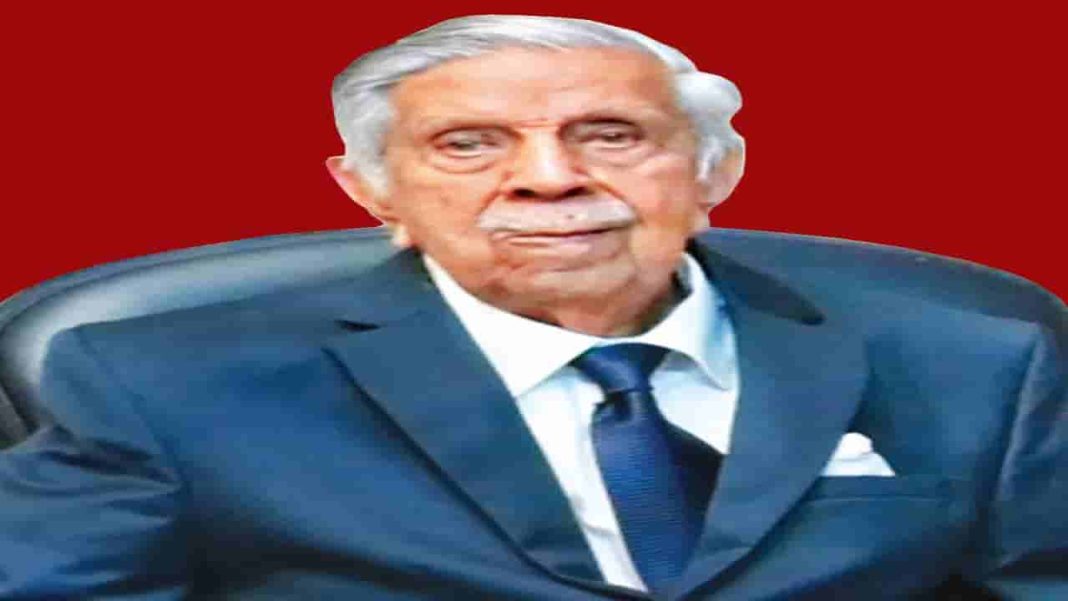 Sanjay Raman Sinha: Figures from the National Human Rights Commission (NHRC) reveal that violations have increased by around 37% between 2020-2021 and 2021-2022. As the second chairman of NHRC, how do you see the current state of human rights in India?

Justice Venkatachaliah: I recall an incident when an ‘ambush journalist’ once asked me: What is the state of human rights in India? Explain it in one word. I said: ‘Good’. She asked again: ‘If I asked you to explain it in two words….’ I said ‘Not Good’. That sums up the dilemma of the discourse. The higher level of reporting rights abuses to the National Human Rights Commission is perhaps on account of the greater trust and confidence it has earned over time. Second, there might be greater awareness about human rights discourse amongst people. Third, there are increases in violations of human rights. However, the real human rights discourse is itself at a different level. In fact, people understand it only in a narrow sense. In a broader sense, it’s a philosophy and a way of civilised life. I’d like to point to interesting developments in healthcare and maternal mortality. In the early 40s of the last century, the Bhore Committee reported that maternal mortality rates were 2,000 per 1 lakh childbirths. In the 1950s, the Dr Lakshmana Swami Mudaliar Committee recorded that the rates had come down from to 1,000; that was a remarkable decline, largely due to the invention of penicillin. Today, the number is less than 100. It is a remarkable achievement, especially in the progress of healthcare. During the 90s, a great scientist used to visit Africa and India—Sune Bergström. He was a Nobel laureate and invented a drug which controlled bleeding after childbirth. The remarkable human rights discourse is very comprehensive. There is what is called ‘generational theory’ and what is called ‘wave theory’. Today, it is a remarkable combination of all disciplines that promotes human welfare. What is important is that the welfare measures the State brings forth must become accessible to all the intended beneficiaries. All the schemes must get wide publicity in every village. It must become right based, not mercy, welfare based.

SRS: Today we have reports of human rights violations from the armed forces and paramilitary forces. The Armed Forces Special Powers Act is still in force in many states. Is there a case to bring both forces under the jurisdiction of NHRC?

JV: It’s a very difficult question. The legal structure of NHRC can’t handle this responsibility of disciplining the armed forces. A new  system in which both the army and the NHRC participate can be thought of as a mechanism for supervision of violations of human rights by the armed forces and particularly under the Armed Forces Special Powers Act. There is a need for an effective system. Wherever there is power, there will necessarily be a temptation for abuse. It is in the very nature of power itself; every power tends towards excess.

JV: Encounter killings are a cruel joke on the philosophy of human rights and the very idea of rule of law. We cannot wait for all the civilisational changes and elevation of political culture to counter this menace. One suggestion, which jurists and legal philosophers might improve upon, is that every encounter killing be treated as homicide. It must be followed by a judicial inquiry to find out whether it is culpable homicide or justified homicide.

There is an interesting analogy in a case before the European Court of Human Rights, which I think was from Turkey. Somebody was killed in police firing which was thought to be justified by the State as the exercise of sovereign power by the government for maintaining law and order. In fact, the concept is that physical force is the monopoly of the State. The European Court of Human Rights, while upholding  prerogative power whenever a death occurs by exercise of that authority, says there must be an in-built systemic mechanism for judicial inquiry into the death. If you don’t have such a mechanism incorporated by law, then the system will not be conducive to human rights. Such a philosophy must be applied to be consonant with encounter killings.

SRS: You headed the Constitution Review Commission and made recommendations for changes. What recommendations were made in the area of fundamental rights and how much change is feasible and necessary in today’s scenario?

One of the recommendations was to ensure that each Parliament would have an interrupted five-year period. The same philosophy was adopted by the UK in 2011 when it enacted the Fixed Term Parliament Act. We thought about this matter 20 years ago.

An interesting event took place in the mid-1980s in America. A committee was formed, sponsored privately by a group of about 200 retired governors, lawyers, professors, politicians and diplomats. They reviewed the working of the American Constitution for 200 years, and produced a report called, “Reforming American Government”. Such exercises are necessary for all new democracies. However, that should be a non-governmental initiative. When the National Commission to Review the Working of the Constitution (NCRWC) was set up, an American professor who visited was enamoured by the idea and highly praised the philosophy behind it. But the philosophy of such periodic review, particularly if you are a new democracy, is important. More than the recommendations, the philosophy of the concept is eternally relevant.

SRS: As the second chairman of NHRC, you enhanced its stature. Mary Robinson, then United Nations High Commissioner for Human Rights, had said that the NHRC of India is an example of what such a body can achieve even without express powers, if it is properly constituted. How did NHRC do exemplary work under your stewardship? Does it need more teeth now?

JV: Thank you for your compliment for the work that we did as a group, not as an individual. It is a collective effort. No individual can take credit for it. We had excellent officers and very dedicated people who had faith in the philosophy of human rights. As far as the teeth are concerned, if the NHRC has the power to enforce its own orders, it will be embroiled in perpetual litigation.

The whole philosophy of human rights is a cultural concept, a philosophical idea as to how the government responds to and implements the recommendations of a body like NHRC. It’s not a parallel court to try criminal cases. There are criminal courts to try offenses. But the recommendations of the Human Rights Commission are at a cultural level. The culture of the State must be to respect the wisdom and moral authority of such institutions. If you make it a parallel court, it will lose all of its significance as a Human Rights Commission. It is a Commission, not a court. The argument of teeth is not appropriate in the context of the philosophy of such commissions.

SRS: In the current scenario, what challenges does the judiciary face in protecting human rights? For example, are changes needed in outdated/draconian laws (like sedition, UAPA, etc), judicial initiative to curb police excesses, handling hate speeches, judicial initiative for restraining the government…?

JV: Laws are not static because society is not static. But there are concepts of the basic elements of a free society. The government is a potent teacher. It teaches by its own example. Changes occur because the time of the idea has come; not because a leader wants it. But the pressure must come from the democratic form within society. If, as it said, the spirit of liberty is not in the hearts of the people, nobody can supply it. If it is there, nobody need supply it Any society which looks to the courts alone to protect its rights is a weak society.

Political discourse, all of us notice, has become crass. There is a deteriorating dignity and conspicuous lack of humour in political debate and discourse. Courts cannot order good conduct and order people to talk and behave in a particular way. It is something analogous to the debate on courts and morality. When an English judge said that there was no area of immorality which did not concern laws, a huge debate was unleashed. Hart-Devlin debate was one such.

SRS: You are a votary of Vedic values. Are these values and ancient cultural and spiritual traditions of India in sync with today’s progressive ideas of human rights?

JV: I’m not a serious student of Vedic literature. But I’m amazed at the beautiful range and depth of Vedic concepts about the universe. It provides an inspiring look into what is phenomena and what is reality and the dichotomy between scientific truth, which is truth for the time being and reality.

Vedas engage you in breathtaking speculations about the irresolvable issues of man’s spiritual quest and wonderment. Particularly challenging to human intellect is the speculation as to how the single undivided universal consciousness split into the cognisor, the cognized and medium of cognizance. To say it is the result of the operation of ‘Maya’ is virtually to admit that it is inexplicable. The destination of philosophical pursuits is not to embark upon an inquiry but to go beyond it. It is ultimate dissolution—not solution—to the problem.