Demands by the government for changes in the judges’ appointment process and in the collegium system have led to strained relations with the judiciary. As the head of the Constitution Review Commission, former CJI Justice MN Venkatachaliah had suggested measures for promotion of judicial accountability and judicial culture. In the light of the current standoff, Justice Venkatachaliah spoke with India Legal on the underlying issues. 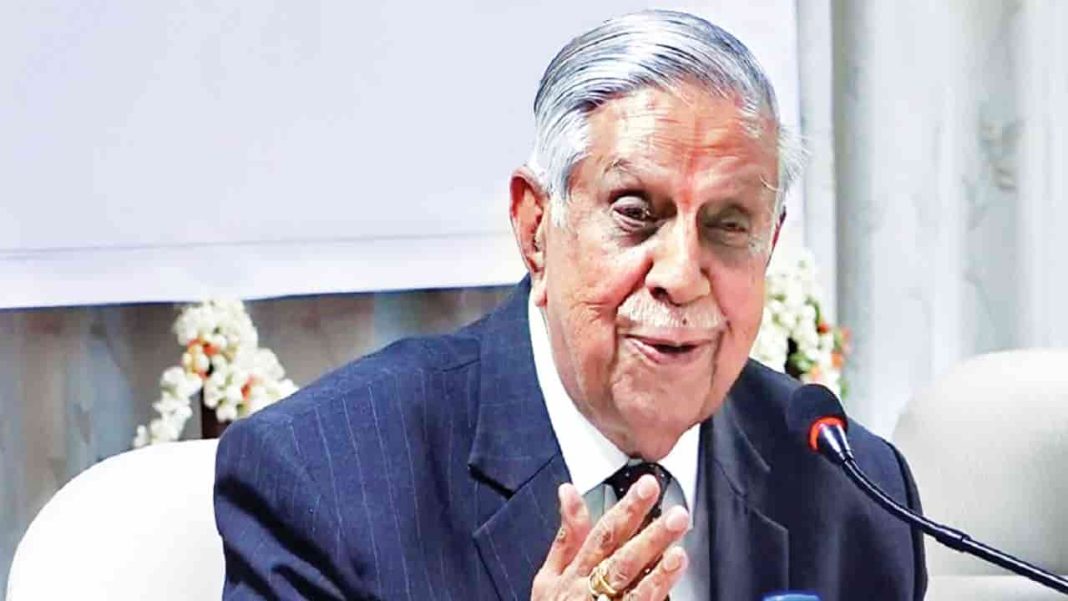 India Legal: As the head for Constitution Review Commission, you had put forward the proposal of a more inclusive and broader collegium for appointment of judges of the Supreme Court. In the context of the current demand by government for NJAC and dismantling of the collegium system or to bring a greater say of government in the existing process, what are your views? Should the collegium system exist in the present state or changes should be made, or discarded for NJAC?

Justice MN Venkatachaliah: I think this is an over explored case. Alexander Pope appears to have said, “For Forms of Government let fools contest; whatever is best administered is best”. Both the NJAC and the collegium system share as their purpose the selection of suitable persons to the judiciary. If the process is correct, the product will be right. If the process is wrong, the product will be incorrect. Every public institution must reflect the composition of society.

What the Constitution Review Commission suggested was the NJAC in which there is a preponderance of the judicial element, and in a lighter vein, I must say if you call the collegium the NJAC then perhaps you semantically solve the problem. But the test ultimately is what’s the product and what kind of good people you have been able to select and make them control the future destiny of the judiciary of this country.

The judiciary in these times has to cope with enormous kinds of technical or technological issues affecting the society. The trouble starts with the question of how to assess the suitability of candidates for judicial departments. There are no uniform, assessable performance standards. They say the work of art does not admit to standardization and standardization of performance, and this argument may not be sound because we have to find amongst the persons available the prospective judges—you must choose those who have the ability to contribute to the betterment of the system. I think in a lighter vein you might say that if you call the collegium the NJAC, that perhaps answers the semantic issue.

IL: One reason for the current strained relationship between government and judiciary is believed to be judicial activism. In times when executive action is found wanting in important areas of public concern and policy matters, the judiciary takes on a proactive role.  This has been on the rise, and in many cases, led to a face-off with the executive. What are your views on this?

JV: Judicial activism is a slippery slope. You are acting in an area where legislators or administrators should be doing their duty. You see somewhere and somehow some institutions are not performing their constitutional duties and obligations. Then the courts have to intervene. Someone else has to do the job so that the demand of the Constitution is met. The government has no choice. It has to take the decision of the court in a gracious way and work out democratic equality.

IL: As the guardian of the Constitution, the judiciary is tasked with the protection and promotion of constitutional culture. Matters have always been referred to courts regarding free and fair elections and constitutional propriety. The Election Commissioner’s appointment procedure has been questioned. This has increased confrontation with the government. The judicial pressure on the government has strained relations. It is thus believed that government wants more control over the judiciary. Under your leadership, the Constitution Review Commission had made recommendations for basic changes to promote constitutional culture. What recommendations were made and how much change is feasible and necessary in today’s scenario?

One of the recommendations was to ensure that the Parliament would have an interrupted five-year period. The same philosophy was adopted by the UK in 2011, when it enacted the Fixed Term Parliament Act. We thought about this matter 20 years ago.

An interesting event took place in the mid-1980s in America. A committee was formed, sponsored privately by a group of about 200 retired governors, lawyers, professors, politicians and diplomats. They reviewed the working of the American Constitution for 200 years, and produced a report called “Reforming American Government”. Such exercises are necessary for all new democracies. However, that should be a non-governmental initiative. When the National Commission to Review the Working of the Constitution (NCRWC) was set-up, an American professor who visited, was enamoured by the novelty of the idea and highly praised the philosophy behind it. But the philosophy of such periodic review, particularly if you are a new democracy is important. More than the recommendations, the philosophy of the concept is eternally relevant.

JV: My impression is that judiciary down the years in India has been treated as a holy cow, but respect shouldn’t generate immunity from criticism. This will bring irresponsibility in the system. We should constantly guard against it. If the judicial system fails, the whole democratic system fails.

The problem in judiciary is in the lack of speed in the disposal of cases. We concentrated on the problem during my tenure. My team of judges did enormous work. They worked half an hour more daily. The result is for all to see. From 1991 to 1998, in eight years, the backlog of cases fell from 4.5 lakhs to 19,000. People said that it is the most commendable work of any post-Independence institution. That was the collective work of all the judges. There were great judges in our time. I am not in touch with the system now, but I can say that those years were very productive.