The new amendments to the Information Technology Act are paradoxical. While the industry is pushing for a self-regulatory body, the government actively chose to be a part of the content moderation of social media platforms. 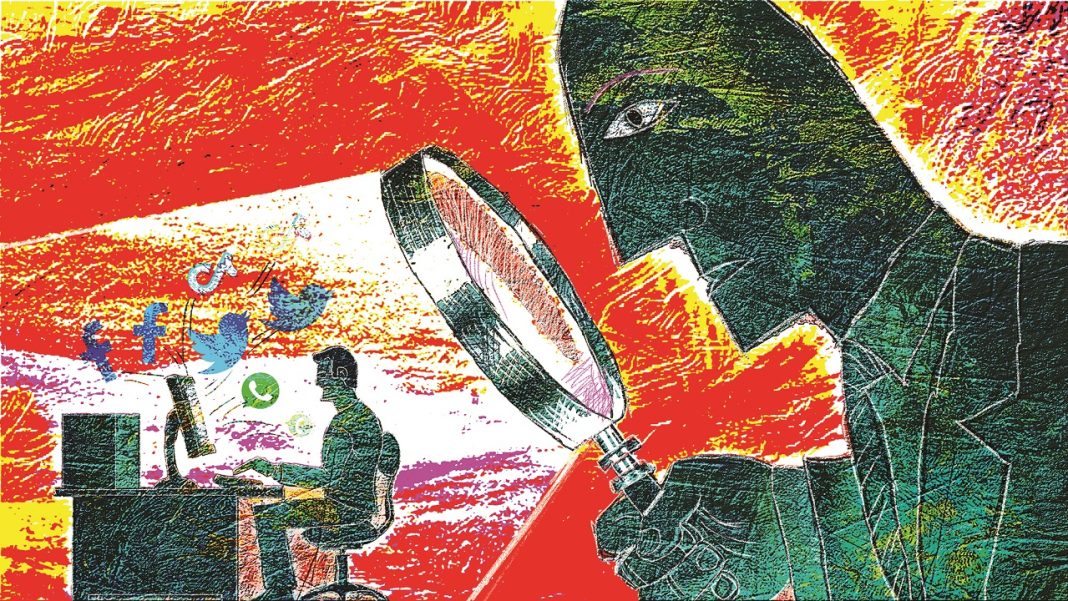 Having the ability to control what can be written or discussed by the public is a power that every government craves to some extent. Social media content moderation raises unique questions of free speech as a forum of public discourse; the social media platforms are a unique method of expressing one’s concern on an open platform. However, the uneven application of the content moderation scheme on the social media platforms has been a major concern.

The basic concept of censorship is someone in authority deciding what is acceptable viewership for the community, based on some moral and societal guidelines. The advent of social media brings with it the problem of anyone being able to voice an opinion under the garb of anonymity, even to the extent of harming public sentiments. The government of India, in order to tackle such problems in a diverse democracy, such as ours, brought into effect the IT rules 2021 to regulate social media intermediaries. On October 28, 2022, the Ministry of Electronics and Information Technology (MeitY) made amendments to the Information Technology (Intermediary Guidelines and Digital Media Ethics Code) Rules, 2021(IT Rules, 2021).

The main reasons given by the government to amend the rules were to protect the rights and interests of citizens from big-tech companies, to provide for a much-needed mechanism to address and deal with the grievances of the public and to make sure that these do not adversely affect nascent Indian start-ups. These amendments have marked a shift in tone for obligating tech giants—from merely informing their users of regulations adhering to the norms to now making “reasonable efforts” to prevent the posting and propagation of objectionable content.

However, no explanation has been given as to what would be construed as “reasonable efforts” by the intermediaries and no guidelines have been provided of what measures they are expected to take. This creates scope for a varied approach by different companies and brings up the possibility that while one social media company might take down the post, another might display it by just adding a warning for viewer discretion.

Further, the amendments instruct the intermediaries to “respect all the rights accorded to the citizens under the Constitution, including in the Articles 14, 19 and 21”, but do not mention what duties does this impose upon the companies, and whether in pursuance of this instruction, can the freedom of speech of some other individual be curtailed. The most notable facet of this amendment would be the formation of the Grievance Appellate Committee(s) (GAC) which would consist of three members—one member would be ex-officio and two other whole-time members appointed by the central government. This change is an add-on process to the existing system of the intermediaries themselves having a grievance officer. The provisions give the person aggrieved from the order of the grievance officer 30 days to appeal the same to the GAC. This addition of government involvement in moderating social media content brings up the intricate question of content removal and adds a quasi-judicial perspective.

It is also interesting to note that even when the industry was pushing for a self-regulatory body, the government actively chose to be a part of the content moderation of such social media platforms. This change also suffers from technical difficulties as there has been no minimum bar prescribed for a complaint upon which the committee is supposed to act. The powers of the GAC have also not been defined and neither have they been provided with any tools to enforce its orders.

The IT rules 2021 were formulated to create a safer and more accessible environment for internet users across the country. However, with ambiguously worded provisions and their subsequent amendments, the rules have paved the way for erroneous interpretation and arbitrary implementation of regulations. Along with this, as long as the power and authority of the appellate committee is not codified, the aim to have a functional redressal mechanism would always fall short of its goal. It is imperative upon the government that if it aims to make GAC(s) a reliable and powerful body, it must equip them with the tools to effectively carry out their work. Lastly, the government through the rules has attempted to reconcile the conflicting rights of the citizens and brings a constitutional harmonious angle, knowing that internet to a large extent has been unregulated. However, deeper constitutional questions of expression stay unresolved and questions of conflict will have to be resolved. In these cases, the rules have shown a commitment towards Indian constitutional values, thus, any conflict will be resolved following the principles as enumerated within the Constitution, which again is a welcome move.

The other phenomenon which needs to be addressed about the rules is the “obligation angle”. The duty of the intermediary has been incrementally increased. Now, not only has an intermediary to publish rules and regulations, privacy policy and user agreement in the language of the choice of the user (in English or any of the language enumerated in the Eighth Schedule of the Constitution), but now it also an obligation to make reasonable efforts to cause the user of its computer resources not to host, display, upload, modify, publish, transmit, store, update or share any information as restricted within the rules. What will be reasonable will depend on a case-to-case basis, which again will bring a judicial perspective.

The intermediary rules are a welcome move, knowing that it is of urgent necessity that the content posted on social media websites or internet, in general, is governed carefully. The rules attempt to capture the “user” as a perpetrator, knowing that it is the user who is capable of posting, hosting or sharing content which will be less than desirable.

Interestingly, earlier also the same phenomenon was floated through the means of Intermediary Guidelines 2011; the recently invoked Intermediary Guidelines of 2021 has removed the “save haven clause” (see Section 79A of the Information Technology Act, 2000), thus putting pressure on the social media intermediary to remove content which is less than desirable. However, clauses like “reasonable efforts” are of “subjective nature” and contrive an extra layer of obligations on the intermediary, which again seems like disincentivizing digital culture.