The no-confidence motion received only 32 votes in its favour and 55 votes against it. 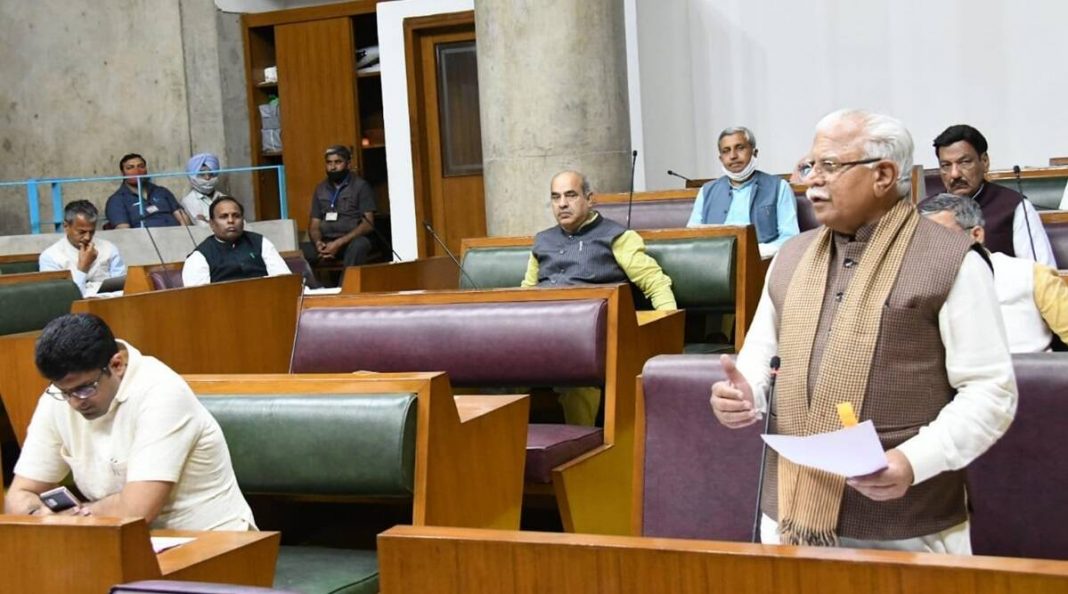 The no confidence motion passed by the opposition Congress against the Haryana government has been defeated. The motion received only 32 votes in its favour and 55 votes against it. The ruling alliance needed 45 members for majority, which the alliance with 50 members (BJP 40 and the JJP 10) easily achieved. The move was considered as a plan to embarrass the government amid the farmers’ agitation over the Centre’s three farm legislations.

Moving the no-confidence motion in the Haryana Assembly on Wednesday morning, Leader of Opposition B.S. Hooda said more than 250 farmers have died on the border. He presented their names but didn’t find it in the newspaper.

He said this government has lost the trust of the people. The CM is not allowed to land his chopper. Farmers from across the country are protesting against the Centre’s three contentious farm laws and have been demanding a complete withdrawal of the legislation since November 2020. Haryana tried to stop farmers and used water cannons, tear gas against them, he added.

Hitting out at the Khattar government, Hooda said farmers are protesting as the government did not fulfil their poll promises. JJP promised MSP and a 10 percent bonus. BJP promised that farmers’ income will be doubled. The production cost of crops is rising and the MSP is not even able to meet the cost of production.

The BJP has 40 seats in the 90-member Haryana assembly. But, now the Assembly has an effective strength of 88 members after Indian National Lok Dal’s lone member Abhay Chautala resigned in solidarity with farmers protesting against farm laws and the Congress MLA Pradeep Chaudhary was disqualified after being convicted in a riots case.

The leader of opposition and the former Chief Minister of Haryana Bhupinder Singh Hooda, two months ago, had announced that he would move a no-confidence motion against the Haryana government. He submitted the motion in the Vidhan Sabha on March 5, following which, Speaker Gian Chand Gupta scheduled it for discussion on March 10.