This year has already seen 11 defamation suits against the media. In one case, the Bombay High Court stepped in and asked NSE to pay damages to Moneylife, giving a shot in the arm for the Fourth Estate

WILL 2015 go down as the year of defamation cases against the media in India? Already 11 suits of a serious nature invo-lving substantial dem-ands for compensation have been filed. The latest one, last month, was the whopping Rs5,000-crore damages sought from Bennett, Coleman & Company Limited (BCCL), the publishers of The Times of India, by BSES Ltd, a power distribution firm run by the Anil Dhirubhai Ambani Group (ADAG). The paper was served the notice because it published a series of articles based on a draft report of the CAG which allegedly damaged the image of BSES.

Given this backdrop of the press caught in legal wrangles, the September 9 judgment of the Bombay High Court dismissing the Rs100 crore defamation suit filed by the National Stock Exchange (NSE) against the financial news and investment portal, Moneylife, is a significant shot in the arm for the media. The court not only dismissed NSE’s demand but directed the bourse to pay `1.5 lakh each to Sucheta Dalal, the managing editor of Moneylife and Debashis Basu, the editor and publisher of the portal, as costs.
In addition, the court also imposed a pen-alty of `47 lakh on NSE and directed it to deposit the money to Tata Memorial Hospital and Masina Hospital, Mumbai.

So why did NSE drag Moneylife to court? The story has its origin in January 2015 when an anonymous whistleblower dashed off a note to BK Gupta, a senior official with market regulator Securities and Exchange Board of India (SEBI). In it, he alleged that market manipulation involving vast sums of monies was taking place because the sophisticated computerized system was speedily accessed by “certain vested brokers to get market price information ahead of the rest of the market and thus enabling them to front-run the rest of the market”. A copy of the whistleblower’s note was marked to Sucheta Dalal.

The website was wary of publishing it without checking the veracity of the allegations made. Finally, five months after it received the anonymous note from the whistleblower, Moneylife approached SEBI as well as the NSE management for their reaction. On June 11, Dalal sent an email to SEBI chairman UK Sinha, a copy of which was marked to NSE’s CEO Chitra Rama-krishnan and vice-chairman Ravi Narain. There was no response and a reminder was sent on June 15, followed by text messages. When no answer was forthcoming, Dalal decided to put the whistleblower’s note in the public domain on June 19.

In his order dismissing the NSE’s defamation suit, Justice Gautam S Patel of the Bombay High Court took cognisance of the emails and text messages and observed that “….NSE ignored three messages sent across by Ms Dalal seeking a response before the story was published. This shows that either the NSE was arrogant or there was an element of truth in the allegations, and that NSE had nothing to say”.

The import of this observation cannot be overstated. As a journalist, one is often confronted by allegations from aggrieved parties that their response was not solicited. The receipt of letters, emails and text messages are often conveniently denied. In this case, the emails sent to SEBI and NSE were factored in by the judge when dismissing the defamation petition.

NSE initially took time to act. It was a little over a month after the whistleblower’s note became public that it decided to file the defamation suit.

Its press note released on July 22 was terse: “The National Stock Exchange has filed a defamation suit today, against an organisation and its representatives who published unsubstantiated and misleading reports against the exchange. The exchange has sought withdrawal of those reports etc, as well as, has made a claim of `100 crore (which can be revised upwards).”

The eight-page whistleblower’s note which is at the centre of the controversy is not easy to comprehend. It is punctuated by complex technical references which cannot be easily understood for those unfamiliar with the working of a modern digitalized stock exchange. Dalal, in the June 19 story accompanying the note, puts things in proper perspective and also explains why Moneylife decided to publish a copy of the whistleblower’s letter.

To quote: “High-frequency trading using collocation (direct data transfers through computers hooked to stock exchange servers which helps select brokers access prices a split second before others) that give traders advantages by a few milliseconds have come to occupy the centrestage of equity markets all over the world. Such automated trading, which executes pre-programmed instructions, generating thousands to millions of trades every trading day come out of black boxes designed by whiz kids in the secret corners of trading firms. If deployed unfairly, a tiny unfair advantage can translate into crores of rupees of illegal or unfair profit.
“Moneylife has repeatedly argued that India has no system of monitoring complex automated systems, leave along trading transaction. Consequently, organisations that operate such technology have become a law unto themselves, supervised by nobody. Even when there is a major glitch or a fat finger trade, no report is put into the public domain… Fortunately, we have in our possession a detailed document that blows the whistle on what’s possibly going on in NSE.”

The whistleblower, who works in the technical wing of a hedge fund company in Singapore, is someone who obviously understands the working of the system in NSE. His letter details how faster connectivity and access to information about stock prices was being provided to select brokers who were trading in huge volumes, outwitting competition and raking in profits.

According to him, the difference between a few microseconds can translate into crores in profits. Such high frequency trade (HFT) is reflected in huge ups and downs or
“froth” in the market. Those with speedy access can hedge the price in such a way that they can exit just milliseconds before the price normalizes.
The editors of Moneylife have welcomed the high court ruling although they did not wish to comment on it without reading the order in detail.

The NSE spokesperson was understandably defensive: “The motion is dismissed. Since we have not received the final copy from the court, we are not in a position to comment further. However, it goes without saying that, whatever is the court order, NSE will respect that.”

It is pertinent to end with an observation reportedly made by Justice Gautam Patel on July 24 while hearing the NSE petition: “You cannot use defamation to gag the press. How is it defamation when Ms Dalal sent you questions before publishing the article and you (NSE) chose not to respond to the query?” 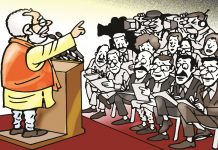