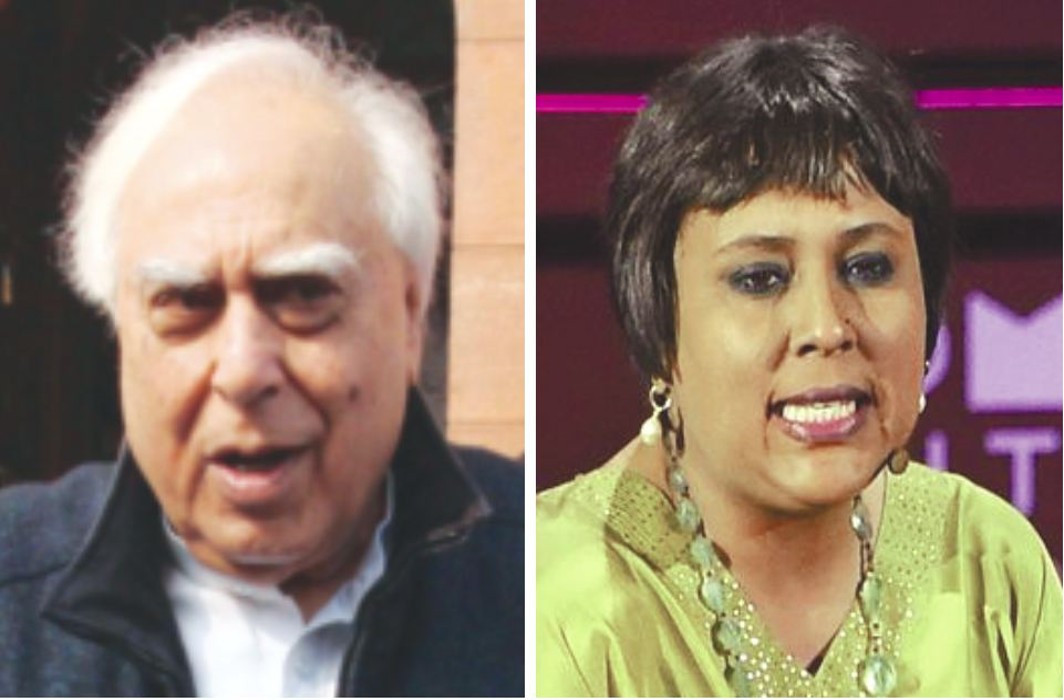 For the last few days, Tiranga TV, the news channel set up by Congress stalwart and leading lawyer Kapil Sibal and his wife Promila, has been running canned programmes and is likely to shut down, but not before it creates some breaking news of its own.

Star anchor Barkha Dutt has gone public with her objections to the “appalling” lay-offs and withholding of salaries of 200 employees of the channel. “What is most shameful is that Kapil Sibal earns crores every day and won’t pay 200 employees the industry norm of at least 3 months pay out, ruining the lives of 200 plus people,” she tweeted.

The employees have been told they will get one month’s salary as compensation. The notice to 200 employees (and Dutt) comes seven months after Tiranga TV’s launch. The Sibals hired Dutt and respected anchor Karan Thapar but ran into trouble after the NDA government returned to power and investors backed off.

The Sibals have a different spin. According to Sibal, Dutt’s services were terminated on “disciplinary grounds”. They say that Dutt was costing the channel Rs 30 lakh a month and, contrary to the sanctioned strength of four professionals, her personal team had 17 people. The Sibals reportedly offered Dutt Rs 70 lakh to settle the issue but she is demanding more.

Dutt retorts that the Sibals are using Narendra Modi “as an excuse” to lay off staff, blaming them for the channel’s short run. “Government of India has done nothing. Husband and wife have not faced staff, went on holiday to London, while shutting shop, prompting me to call him Mallya,” she tweeted. It’s a made-for-TV soap opera and we are waiting for the final episode.

Srinagar-based media houses are facing unprecedented pressure with a series of arrests and midnight knocks. The latest to do so was Fayaz Kaloo, the editor-in-chief of the leading English daily, Greater Kashmir, who was taken in for “questioning”. That came on the heels of the arrest of the editor-in-chief of the Urdu daily, Aafaq, Ghulam Jeelani Qadri, in a midnight raid on his house for a case that is over two decades old. Another arrest, of Aasif Sultan, a journalist with the Kashmir Narrator magazine, has increased the pressure on Kashmir’s journalistic community.

Kaloo, who also owns Greater Kashmir Communications Private Limited, which publishes the paper, is said to have been questioned by the NIA over news items appearing in his publications since the killing of Hizbul Mujahideen’s Burhan Wani in 2016. His paper has also been starved of government advertisements.

The state administration, after stopping advertisements to the Greater Kashmir group and Kashmir Reader, another English daily, is reviewing the process of advertisement distribution to local dailies. All this has impacted the performance of journalists and the first casualty is truth and objectivity.

In Defence of Journalism

Two developed countries, the UK and Canada, have together pledged more than $4 million to a new global media defence fund. The fund, administered by UNESCO, will be used to support and provide legal help to journalists around the world. British foreign secretary and PM candidate Jeremy Hunt announced that the funds would be used to promote press freedom around the world and said there would soon be a contact group of “like minded” countries that will lobby in unison when the media comes under attack. The group, he said, will be a sort of “rapid response” team to help foreign ministers and ambassadors “react as one when abuses take place”.

Hunt added that “the sunlight of transparency is the greatest deterrent for wrong-doing”. Human rights lawyer Amal Clooney, who was appointed special envoy for media freedom by Hunt, will also convene a panel of legal experts who will advise governments on how their laws or actions affect media freedom. Clooney did not utter Trump’s name, but said, “The country of James Madison has a leader today who vilifies the media, making honest journalists all over the world more vulnerable to abuse.”

DB Corp Limited (DBCL), the print media company and publisher of Dainik Bhaskar, the country’s leading Hindi newspaper, has literally added muscle to its recent circulation expansion initiative by hiring actor Salman Khan to promote the paper. The Bhopal-based Dainik Bhaskar has devised a print media campaign featuring Khan which revolves around the theme, “Life Badal Jayegi, Boss”. The management feels that the initiative will get a big boost by using Khan as the face of the campaign.

According to the last Audit Bureau of Circulation (ABC) data (July-December 2018), Dainik Bhaskar continues to be the number one newspaper of India with a circulation of 4,318,377. Whether Khan will boost the figures for the Group even higher will be seen in the next ABC report.