Trust and The Tribune 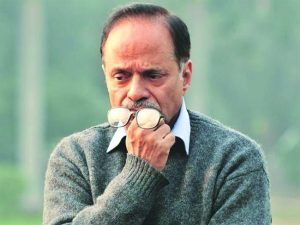 Yet another credible and powerful voice representing independent media in the country has been silenced. Last week, Harish Khare, editor-in-chief of The Tribune, the Chandigarh-based newspaper, resigned, or, more likely, was asked to quit. His contract still had a few months to go but his premature resignation is certainly connected to the sensational exposé the paper published recently showing security flaws in the Aadhaar system.

The Tribune’s influence spreads way beyond Punjab, Haryana and Himachal Pradesh, the region it services, and its credibility lies in the fact that it is run by a trust and not a lone owner or family.

His resignation could also be connected to the three-column apology that The Tribune carried for publishing reports on Bikram Singh Majithia, a former minister, and his involvement in the drug trade (shades of Kejriwal!). According to sources, the apology was forced upon him and he had offered to quit then but was asked to stay on. There is a third coincidence—the recent appointment of J&K Governor NN Vohra as chairman of the Tribune Trust. 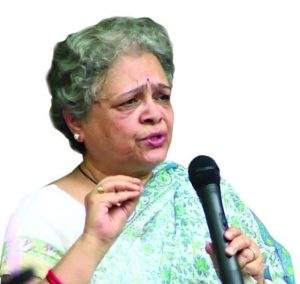 The revival of National Herald, the newspaper founded by Jawaharlal Nehru, is now in full swing. The sudden death of its editor-in-chief, Neelabh Mishra, last month has led to some masthead changes and significant additions.

WelL-known journalist Mrinal Pande joined last week as Group Senior Editorial Advisor. She was group editor of the Hindi language sister publications of Hindustan Times and served in senior positions at NDTV and Doordarshan. She was also chairperson of Prasar Bharati and is the founder president of the Indian Women’s Press Corps.

Proficient in Hindi and English, she comes with a formidable reputation which should add heft to National Herald’s image. The editor of Qaumi Awaz, its Urdu publication, Zafar Agha, a veteran journalist who also has a multi-lingual and varied background, has been elevated as Group Editor-in-Chief for the newspapers and digital properties of Associated Journals Ltd, the holding company. 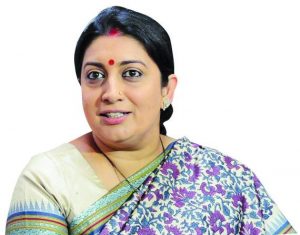 This government has a combative relationship with the media and it is set to get even more fractious. The government is working on a “code of conduct” leading to draft legislation which will be a precursor to regulation of online news.

Information and Broadcasting Minister Smriti Irani has already let slip that her ministry is working on such legislation and is talking with stakeholders.

The attempt to regulate online content is aimed at news and opinion. Senior online news editors admit that they have been approached, but only in the form of complaints regarding content that was critical of the government.

In a recent interaction, Irani said that present regulations governing digital media are “not clear” with regard to news and broadcast content material (which refers to videos and podcasts on online news sites). The overarching argument in favour of stricter regulation is the trend of fake news—something the BJP trolls indulge in more than anyone else. The bottomline is clear, now the print media has been tamed, digital news and views are next.

At the height of the Kanhaiya Kumar-led agitation in JNU last year, some television channels had branded him, then president of the JNU Students’ Union, and his aides “anti-nationals” and portrayed JNU as a hotbed of crime, drugs and dissident activity. The channels were Times Now, headed then by Arnab Goswami, and Zee News, which telecast fake videos of the students chanting pro-Pakistan slogans. JNU is back on the boil following student pro-tests against attendance records and a case of sexual harassment against one of its professors. When OB vans started arriving at the campus, students stopped reporters from three channels—Zee News, Republic TV (now headed by Goswami) and Times Now. A female student said: “No Republic TV. This is a collective decision. Please leave.”