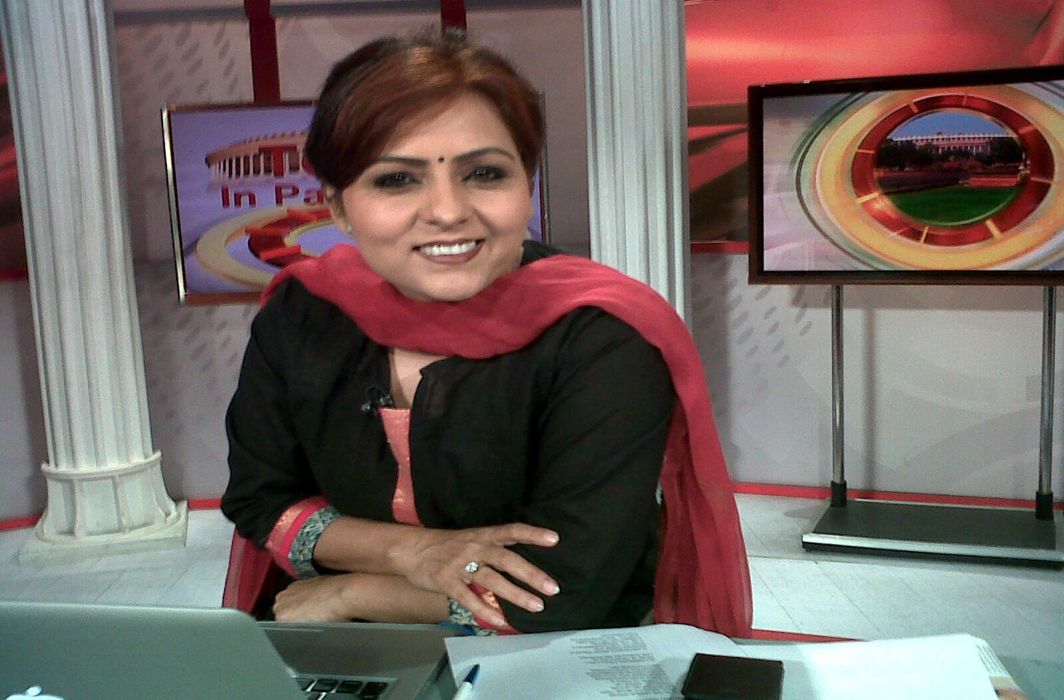 After a brief lull, controversies are back at Rajya Sabha TV. The channel, owned and funded by the Rajya Sabha through its secretariat, has for the past month taken its associate executive editor, Neelu Vyas, off air. The action against Vyas was purportedly taken because on August 16, hours before former PM Atal Bihari Vajpayee breathed his last at AIIMS, she asked journalist Vijay Trivedi, a guest on the channel’s special show on the BJP stalwart, about an “undertaking” that Vajpayee had given to the British in 1942, stating that he would not participate in any anti-British activities.

The part of the show which discussed Vajpayee’s undertaking was later redacted from records and the channel also issued an apology for the “factually inaccurate references”. Vyas was issued an “explanation notice” by the channel’s editor-in-chief, Rahul Mahajan. The notice, dated August 22, said that her “out of context reference” had embarrassed the channel and asked Vyas to submit an explanation within a week. Vyas submitted her response but hasn’t heard from Mahajan since.

RSTV insiders claim that the action against Vyas has more to do with a hara­ssment complaint that she had filed on August 8 against AA Rao, additional secretary at the RS secretariat and confidant of the channel’s ex-officio boss, Vice President M Venkaiah Naidu. Sources say it was Rao who first raised a stink over Vyas’ reference to Vajpayee’s undertaking and sent a WhatsApp message to Mahajan asking what action was being taken against her. Vyas has now written to Naidu, alleging a conspiracy against her for filing the harassment complaint against Rao and threatened to approach the National Commission for Women and courts.

The fake news epidemic has claimed another victim, though this one is not at all contrite. Mohandas Pai, the deep-pocketed chairman of Manipal University in Mangalore, former director at Infosys and a rabid BJP supporter, has been involved in a fierce exchange with journalists after he tweeted a fake news item which listed the Congress party as one of the most corrupt in the world, along with other parties past and present. The item had been put out by bbcnewshub and Pai’s tweet suggested it was the credible British broadcaster. NDTV’s Nidhi Razdan tweeted in response: “How sad that you should share something from a well known fake news site.” India Today’s Rajdeep Sardesai added his own tweet: “Dear Mr Pai, to quote from a fake site, attribute it to the venerable BBC is very bad form.” Pai responded: “Rajdeep, the list and the data is interesting…I have not attributed anything to the BBC. People will read the info and make their own judgment.” When contacted by Boom, a site that exposes fake news, he told them: “The information on the site is what matters. It has a list of political parties who are known to be corrupt. ….How does it matter whether the site is fake or not.” Pai is a staunch defender of the BJP on television shows and through social media, and is also a major investor in Arnab Goswami’s Republic TV.

Can the presence of one player in a team sport make such a difference to an international broadcasting giant and its revenue from telecasting a sporting event? It apparently can when the player in question is Virat Kohli and the broadcaster is STAR TV, covering the ongoing Asia Cup. The BCCI sent out an email that said: “The (selection) committee in consultation with the team management took a unanimous decision to rest Virat Kohli for the tournament.” Within minutes, STAR TV responded by email, saying: “We would like to bring to your notice that our media rights agreement dated June 29, 2017 with the Asian Cricket Council requires that the ACC ensures that the best available teams from each of the participating nations including India should form a part of Asia Cup.” The broadcaster went on to claim that Kohli’s absence from the Indian team “is a serious dent” and will “severely impact our ability to monetise and generate revenues from the tournament”. The BCCI CEO, Rahul Johri, responded that the “selection of the best available team for participation in a tournament is the sole prerogative of the selection committee of BCCI.” However, it exposed the alarming fact that the broadcasting deal with STAR TV has a clause which stipulates the “best available teams” for any tournament, and that it considers the rest of the players—Rohit Sharma, MS Dhoni, Shikhar Dhawan, Hardik Pandya and Jasprit Bumrah—not worthy of attracting spectators. The key to this is cash. In 2017-18, they have spent over Rs 22,000 crore on Indian cricket. The Asia Cup is one of two marquee multi-team tournaments they have contracted—the other being the World Cup next year.