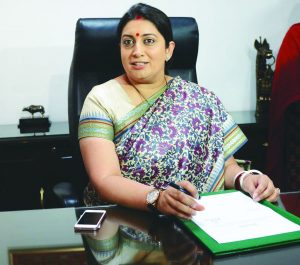 Every ministry she has been given charge of, Smriti Irani likes to stamp her authority and rush in where angels fear to tread. Her current clean-house target is the Information & Broadcasting ministry which resembles the effect of a bull in a China shop. She has locked horns with Prasar Bharati, supposedly an autonomous corporation, over changes she wants in Doordarshan and All India Radio. The tussle is over her order to hire two editors for DD at astronomical salaries, immediate termination of all contractual staff who number in the hundreds, and auctioning of existing equipment and technical accessories which are to be replaced with more contemporary models. The auction has created much discord in DD and AIR, with equipment worth Rs 600 crore being sold for just Rs 20 crore. Prasar Bharati has stopped some initiatives but Irani is used to getting her way, so it should be an intriguing battle. 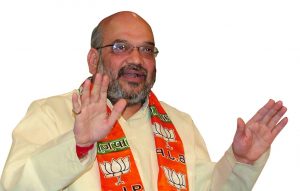 The venerable The Hindu is getting flak for puff pieces—it did one last November on Nirav Modi which read like a PR handout and last week, its coverage of BJP president Amit Shah campaigning in poll-bound Karnataka raised temperatures—literally. The incisive article on its website was headlined “Fever did not deter this warrior”. The “warrior” in the news item was Amit Shah, who was “running a temperature of 102 degree Fahrenheit” when he began his election campaign in Karnataka. The story, carried with a photograph of Shah sneezing into a handkerchief, had incredible information of national importance—”a team of doctors from Wenlock Hospital, led by Taluk Health Officer MR Subrahmanya, carried out a health check and allowed him to take medicines prescribed by his physician. Shah took rest for the night after having rice, sambar and curds” and that Shah’s campaign the following morning had a delayed start as “he got up only at around 8 am” and so on. After members of the Twitteratti called out The Hindu for its fluff piece, the headline was changed to “Amit Shah campaigns with a fever”. 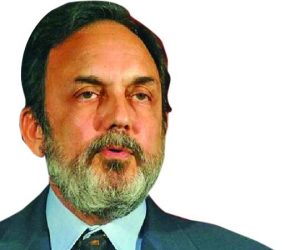 In an unusual gesture, NDTV founder Prannoy Roy has written a letter to the Prime Minister regarding Subramanium Swamy. It says: “I write to you in the context of the barrage of letters about NDTV addressed to you by Mr Subramanian Swamy. While his letters are a litany of falsehoods…what is equally important is the damage to India that Mr Swamy and his loyalists are inflicting. I feel it is my duty to bring this to your attention. Mr Swamy, through various unethical and dubious methods has ensured that the finest US corporations—GE and NBC (America’s most-respected media organisation)—are being accused of ‘money laundering’ and indulging in ‘sham transactions’ with NDTV. These outrageous accusations are being made by India’s Enforcement Directorate and Income Tax department. I have met both Mr Immelt and Mr Zucker on several occasions when their organisations invested in NDTV. Mr Prime Minister, you too have met Mr Immelt a number of times after you became PM. You will agree with me that these are industry leaders full of integrity and vision. For the ED and the IT department, to accuse these two leaders of being involved in money-laundering with NDTV is a shame on our nation.”

The India Today Group, buffeted by recent events—an on-air apology by India Today TV’s Managing Editor Rahul Kanwal for an item he had broadcast in 2010, and the Group being sued for wrongful termination of service by the former political editor of its opinion website Daily O—is hoping to deflect some of the heat with its upcoming annual conclave in Mumbai. This is the second successive year it is hosting the event in India’s commercial capital and the list of speakers is the usual mix of politicians, business leaders from here and abroad (Nita Ambani replaces her husband Mukesh), celebrities, sportspeople et al, but there is always a prize keynote speaker and this year it is former First Lady Hillary. She has featured before—and that is a result of her being on the paid speaker’s circuit.