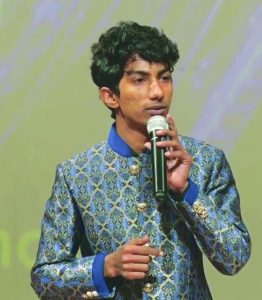 It’s no laughing matter. Rupert Murdoch, owner of Star TV, has taken on governments in the UK and Australia over issues concerning his TV or newspaper chains, but when it comes to India, the most powerful man in international media takes a softer approach. Last weekend, an episode of The Great Laughter Challenge featuring comedian Shyam Rangeela (left) had the host, Bollywood star Akshay Kumar and the audience in splits over his mimicry of Narendra Modi. The clip went viral on social media but Star TV abruptly canned the episode and Rangeela was ousted. He now says the channel asked him to alter his act and first said aping Modi was out but aping Rahul Gandhi was ok; later it said no about Gandhi as well. Channel boss Uday Shankar was quoted as saying they did so because they were anticipating protests and disruption. Whether it was self-censorship or forced is open to question. 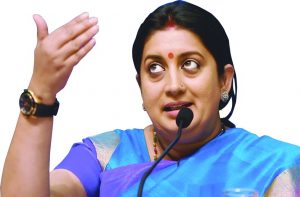 Instances of media outlets dropping uncharitable references to the government can now be serialised, since they are occurring so often. Immediately after the shocking attack on a Swiss couple in Fatehpur Sikri, Radio Mirchi, the FM station from The Times of India stable, did a satirical version of the “Incredible India” ad, ending with a warning: “Coming to India will be injurious to your health.” Smriti Irani, head of Information and Broadcasting, promptly slapped a showcause notice, which said that by discouraging tourists, the station was violating the programme and advertising codes. Right-wing trolls followed by asking listeners to boycott Radio Mirchi. Clearly, the government has become over-sensitive to criticism in rather an Orwellian manner. 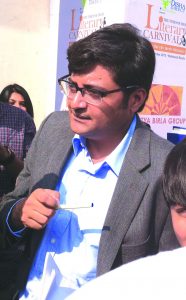 The aggressive nationalistic and pro-government agenda of Republic TV clearly has no time for the truth. Last week, the channel and its anchor, Arnab Goswami, ran screaming headlines, “Modi v/s Rahul-Owaisi on anthem” with the story accusing Rahul Gandhi and Asaduddin Owaisi of having made statements opposing the Supreme Court directive to stand when the national anthem is played in movie theatres. Basically, the Republic TV show, straight from the Arnab playbook, had apoplectic anchors and shouting panelists accusing the duo of being anti-national. The fact is that neither Gandhi nor Owaisi made any such statement—Gandhi has said nothing on the issue while Owaisi merely said the judgment needed to be reviewed—but, twisting the facts, the channel seems to be going to ridiculous lengths to attack the opposition. 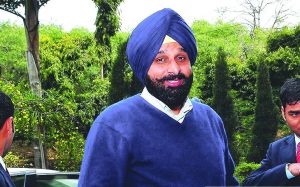 On October 29, the Chandigarh-based newspaper, The Tribune, carried a front-page apology for stories it had published in 2014 and 2015 alleging that Akali leader Bikram Singh Majithia (above) had links to the lucrative drug trade. This has caused much disquiet among the staff of the highly respected paper and its loyal readers. Even the employees’ union has staged a protest. The apology, coming some while after the stories were published, has led to rumours about Majithia’s connections with one or more members of the trust that runs the paper.

After taking over from father Aroon Purie as operational head of the India Today group, Kalli Purie, designated as vice-chairman, now has some solid help in her new job. The group has just appointed a new CEO, Vivek Khanna, a post that has been vacant since Ashish Bagga quit last June. Khanna is ex-CEO of HMVL, from the Hindustan Times group, so he comes with plenty of media experience.