Backing with a Bang 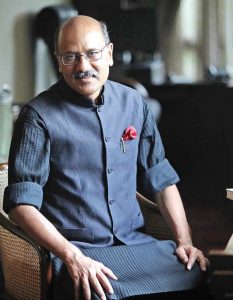 Leading journalist and ex-Indian Express editor Shekhar Gupta’s Printline Media, launched in September last year, has been relatively dormant but all that is set to change. It is learnt that he has now got the financial backing he was looking for, with high-profile investors, including Ratan Tata, Uday Kotak, Nandan Nilekani, Kiran Mazumdar Shaw, Paytm’s Vijay Shekhar Sharma and founder of Sasken Communication Technologies Rajiv C Mody. Gupta is in talks with the group of journalists from the Indian Express who left with him for his ill-fated venture with India Today. Most had joined The Economic Times.

He will be on a hiring spree to prepare for the relaunch of a news portal called The Print. The original venture was in partnership with Barkha Dutt, but she pulled out. 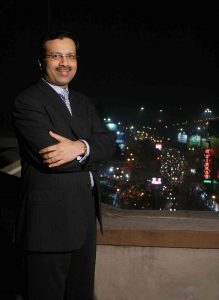 Kolkata-based industrialist Sanjiv Goenka is keen on expanding his media footprint. The RP-Sanjiv Goenka group already owns Open Media Network (Open magazine) and has diverse business interests, ranging from power to retail, IT and infrastructure. He also owns the IPL team, Rising Pune Supergiant. Sources say Goenka is looking to buy Aditya Birla’s shares in Aroon Purie-controlled Living Media, the holding company for the India Today Group. Birla has been looking to exit and sell his substantial stake and it seems the talks with Goenka are at an advanced stage. Living Media owns a 57.2 percent stake in the TV Today Network, which includes Aaj Tak and India Today TV, and also has control of the publishing business. The RP-Sanjiv Goenka group is currently valued at Rs 3,200 crore. 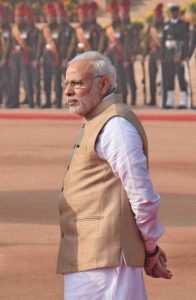 The legion of right-wing trolls who use social media to attack critics of the Modi government or defend issues like cow slaughter and army actions in Kashmir, has a list of women singled out for permanent and special attention. They are journalists Sagarika Ghosh, Barkha Dutt, Swati Chaturvedi (author of “I am a Troll”) and Seema Goswami, writers Arundhati Roy, Shobhaa De and Aditi Mittal, and activists Aruna Roy, Shruti Seth and Meena Kandasamy. The attacks on these women are relentless and abusive. One reason for this is because the trolls display one common characteristic apart from Islamophobia, ultra-nationalism and hatred for Pakistan —they are highly misogynistic.

To celebrate three years of the Modi government, the Press Information Bureau (PIB), the official agency that disseminates events, speeches, programmes and policy initiatives of the government, put out on its website a ten-page report card on various sectors. Glaringly, the report also spoke of failures in certain areas, a strict no-no for a PIB press release. It turned out that someone in the agency’s publicity department had saved themselves the effort required by copy-pasting a report published in Mint, the business paper. To add injury to insult, another pink paper, The Financial Express, ran the same report quoting PIB! Heads are due to roll.

The print industry may be singing praises of GST in their publications but the owners are not a happy lot. Under GST, scheduled to roll out on July 1, newsprint will be taxed at 5 percent (it is 3 percent now). Print advertisements, currently tax free, will also be taxed at 5 percent. Owners see no other way than a substantial hike in the cover price of print publications.