Of all the official spokesmen dealing with the media at the Centre (the Defence Ministry has Public Relation Officers or PROs), the most high-profile is the one attached to the Ministry of External Affairs. It’s a stepping stone to higher office—both Nirupama Rao and Navtej Sarna ended up as ambassadors in Washington, Vikas Swarup is ambassador in Canada, while Syed Akbaruddin is India’s permanent representative to the United Nations. Now, the current incumbent, Gopal Bagley, who has been in the job barely five months, is set to move to the PMO. He will be replaced by Raveesh Kumar, consul general in Frankfurt, who was included in the official delegation accompanying the PM on his visit to Israel. 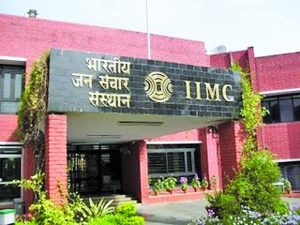 That the prestigious Indian Institute of Mass Communication (IIMC) has become saffronised and is intolerant of anti-government views has been widely reported. But aspirants interviewed recently for admission to the PG diploma course in journalism were surprised by the questions fired at them and have shared samples of these on social media. “Do you support the Modi government? Are you for or against Kanhaiya Kumar? Do you think the politics being practiced in JNU is correct? What do you think of reservations?” were some of the queries thrown at them. One Muslim OBC candidate was reportedly subjected to humiliating interrogation. “How can a Muslim be an OBC?” he was asked. When he produced a certificate which proved his OBC status, one of the interviewers attempted to call up officials in his district to verify the authenticity of his claim. Other OBC students have also complained of being harassed. IIMC has denied all allegations.

Call it the balancing act. Even as The Economic Times, The Times of India and Times Now unabashedly toe the government line, the Bennett Coleman management has left a small window of credibility open. Mirror Now led by its executive editor, Faye D’Souza, is creating a buzz for its no-nonsense reportage and discussions which examine government policies and social issues critically. Thus GST, demonetisation, price rise, women’s rights have all come under the channel’s scanner. D’Souza is also known to keep the noise levels in her studio discussions at a minimum and ensures that her panelists don’t go over the top, a sharp contrast from Rahul Shivshankar of Times Now who loves whipping up hysteria. All this is in keeping with the Times Group’s strategy of running with the hares and hunting with the hounds. According to sources in the management, Mirror Now (earlier a property related channel called Magic Bricks) has been given a free hand to cater to a more liberal audience.

Under the Modi government, media owners and editors have been co-opted in various ways to promote the official line. The latest move is, however, quite unique. The centre has appointed Sanjay Gupta, CEO and editor-in-chief of the influential Hindi newspaper, Dainik Jagran, as chairman of an Indian Institute of Management (IIM). Gupta is, of course, a member of the family that founded and owns the paper. His appointment marks the first time that an editor has become the head of any IIM. He has been given a five-year term as chairman of IIM Amritsar. Gupta made headlines during the UP elections when his paper published an exit poll in its online edition after the Election Commission (EC) ban had come into effect (The poll predicted a win for the BJP). The EC had ordered an FIR against the editors and the paper’s online editor was arrested for violating EC guidelines. Now, Gupta will be giving lessons in management.