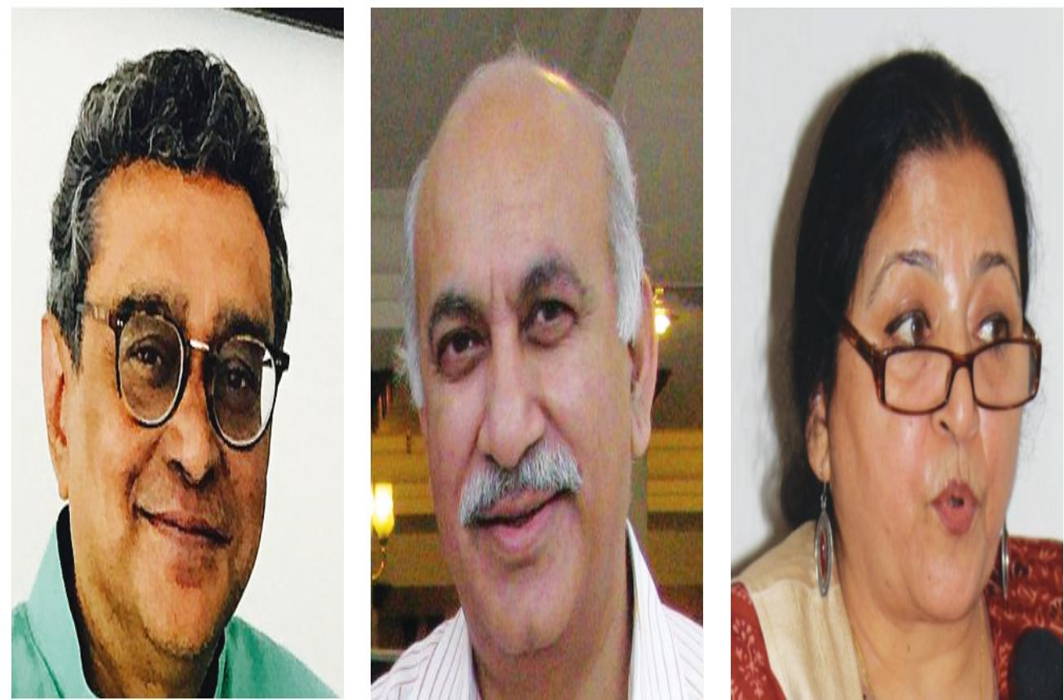 With all parties in election mode, PM Narendra Modi has finalised his media advisory team. Unlike his predecessors, he has disdained the use of a regular media adviser but with a majority of the media eating out of his hand, he probably had no need to. Elections are a different matter with the question of how best to respond to attacks, which medium to use and what language to use, apart from identifying media outlets that could be favoured for an “exclusive” off-the-record meeting and which are the “influencers” in states and particular regions. Modi’s chosen media cell consists of columnist and Rajya Sabha MP Swapan Dasgupta, editor-turned-politician MJ Akbar, Ashwini Kumar Chopra, editor/owner of Punjab Kesari and a BJP MP, Madhu Kishwar, writer, academic and a supporter of Modi in TV channel debates, and Hemant Sharma, formerly of India TV, who is now in charge of communications in Modi’s Varanasi constituency. Dasgupta, who is also a regular on TV channels, and Sharma, will work full-time on advising the PM on his media strategy leading up to the 2019 polls, while the others will be used more selectively. Kishwar is also widely tipped to head the National Commission for Women.

To those used to seeing splashy full-page colour advertisements regularly on the front pages of newspapers, it may seem like revenues in print are booming, unlike the developed world. Yet, even in India, there is much hidden behind the ads, and the news is not all that good.

The latest data put out by TAM Media Research, which measures advertising expenditure, shows a decline in ad volume across print publications from January to June 2018, compared to the same period a year ago. The print industry, according to insiders, hard-hit by demonetisation and the introduction of GST, is still reeling under the impact of the double blow rendered by both.

The figures represent the combined indexed growth in top 10 advertising categories for the period. Post-demonetisation, companies across the board cut advertising budgets and the trend continued after GST became operational. The print is far more expensive than other mediums, which is why it was the first to be hit. According to a KPMG report, print witnessed a significant adverse impact due to the after-effects of demonetisation, coupled with a weak advertising demand due to the implementation of GST and RERA. The print industry has also been hit badly by the rise in newsprint prices. All news, it seems, is not good news.

The good news is that after a prolonged slump in advertising when many television channels were forced to cut their ad rates, the upcoming general election is likely to boost the revenues of the media in general, and television news channels, in particular, by at least 30 percent. That is great news for the media struggling with a dip in advertising and rising input costs. The better news is that the hike will be across the board.

In anticipation, many channels have already started their election countdown and related programming, and also raised ad rates, knowing that the battle in 2019 will involve huge spends in the media. Some industry insiders say that some channels have increased ad rates by as much as 50 percent.

Historian and commentator Ramachandra Guha tweeted that he got a call from Mirror Now, the channel from the Times Group, last week, wanting to book him in advance for their election coverage! While the election itself is still eight mon­ths away, channels cash in with exit polls and debates and the pick-up in revenue can start as early as six to seven months before polling day.

The 2019 elections are being described in the electronic media as the equivalent of the World Cup in terms of attracting advertisements. This time, with regional parties playing a major role, the regional news channels are likely to gain significantly higher revenues.