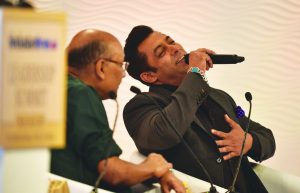 Behind the VIPs, inspiring speeches and glamorous faces at media conclaves are stories of extreme stress and unreasonable demands. The recent Hindustan Times Leadership Summit was a prime example. The newspaper’s chairperson, Shobhana Bhartia, and her team had to cope with bloated egos and bloated entourages which involved hectic last-minute challenges. One bloated ego was that of actor Salman Khan. Many in the high-powered summit audience were surprised to see Khan being interviewed by senior journalist Shekhar Gupta, who is generally seen interrogating heads of state, politicians, strategic affairs experts and visiting VIPs. The reason for the Odd Couple was that Khan, when invited, had told the organisers, I am such a big star and I need a big-name journalist interviewing me, not some “chhota mota” film critic. The biggest challenge for Bhartia and her team was the unexpected size of President Obama’s team. It was nearly 40-person strong, including 10 Secret Service agents. Obama’s people demanded an entire floor for reasons of security and the chosen hotel could not comply. A frantic search later, the Maurya Sheraton obliged, managing to adjust guest bookings and making an entire floor of the property available. 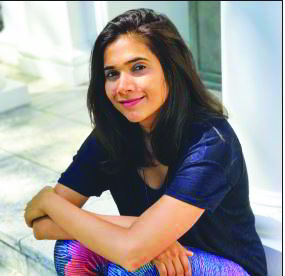 Her bio describes her as an artist, and for all intents and purposes Trishla Jain, daughter of The Times of India’s big boss, Samir Jain, remains one, but, of late, her expanding presence in TOI’s pages has started to indicate that she is preparing for a bigger role in the family-owned media behemoth. Trishla started with an innocuous blog which was reproduced in the newspaper’s multiple weekend editions under the title “Begin Within”. It usually focuses on lifestyle issues and her personal interests and travels with a larger message. Of late, the column has expanded in length and gained prominence—a piece called “Write a Blank Cheque to the Now” in The Sunday Times was almost four columns and was placed on the Nation page where lead news items appear. Officially she is executive director at TOI, as is her husband, Satyan Gajwani, who is also CEO of Times Internet. Now, judging by the increase in her column length, the daughter is also set to rise. 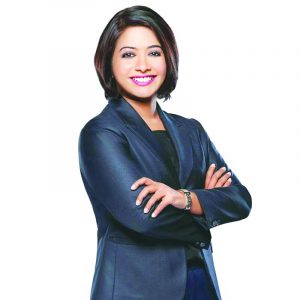 Here’s a message for those TV channels who believe that the quickest way to TRP heaven is by screaming and shouting and blowing up minor issues into a national crisis. The fastest growing channel does none of these things, conducts its debates with gravitas and dignity and focuses on issues that affect the common man. The channel is Mirror Now, part of the Times Network, which is the exact opposite of its big brother Times Now in terms of issues covered and decibel levels of anchors and guests. It is less than a year old—it was formerly MagicBricks-—but is racking up impressive growth numbers in terms of viewership according to the latest BARC data which shows an almost 100 percent increase in just seven months, even entering the top five in the English news genre for a brief period.

Much of that is to do with the channel’s Executive Editor Faye D’Souza’s calm demeanour while anchoring prime-time shows that deal with issues like the concerns of homebuyers, how GST and Aadhaar affect ordinary people, while not pulling punches when it comes to holding the government accountable for its inability to deal with natural disasters and poor civic amenities. On the day that every channel was going hysterical over the Padmavati row, Mirror Now’s prime-time show—Urban Debate—highlighted the farmers’ protest on prices by juxtaposing Padmavati visuals with those of farmers, showing why the latter was a more critical issue. There may be a contradiction here but anchors who keep their cool and address everyday issues seem to work better than those who scream and shout and attack their guests for being anti-national.