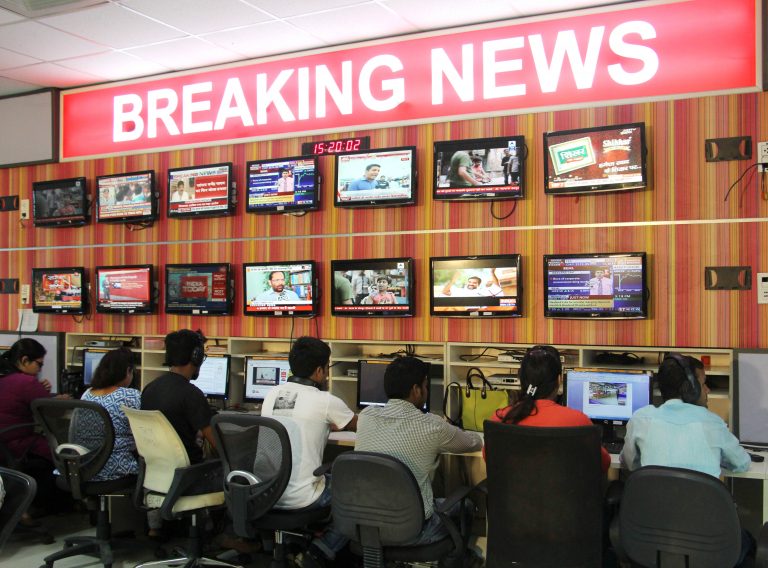 The Indian media and entertainment industry will demonstrate a compound annual growth rate of 11.7 percent from $30.3 billion in 2017 to $52.6 billion in 2022, predicts a joint study by industry representative ASSOCHAM and Pricewater­houseCoopers (PwC). Content consumption continues to swell, largely driven by the mass access to new technologies. Television, cinema and over-the-top (OTT) services will collectively account for 46 percent of the overall growth, said the study titled “Video on Demand: Entertainment Reimagined”. “The five fundamental drivers of this convergent business model are uninterrupted connectivity, mobile devices becoming the primary source of content consumption, the need to move away from traditional revenue streams, value shifting from content creators to platforms, and ability to provide a personalised offering to the consumer,” according to the study. Data consumption in India will grow from 71,67,103 million MB in 2017 to 10,96,58,793 million MB in 2022 at a CAGR of 72.6 percent. With lower than ever data tariffs and increasing smartphone penetration in the country, it is safe to assume that the VoD market will be a significant beneficiary of these developments. The upcoming national polls will probably be the dirtiest ever witnessed in recent history.

Spinning Out Of Control

It seems that the BJP’s notorious IT cell is running out of spin doctors who can churn out fake news and tall claims about Prime Minister Narendra Modi’s achievements by the hour. On January 29, a particularly intriguing advertisement was posted on the popular Media Movements page on Facebook. Media Movements, with over 60,000 followers, is regularly used by journalists, bloggers and public relations professionals to share information on new job opportunities, story ideas, freelance writing assignments and so on.

This particular ad, posted by one Nitin Hajela, was titled “Will the real Modi Fans please stand up?” It read: “Nation with NaMo—a team that’s working towards the goal of sending PM Modi back in office in May 2019 is looking for outstanding copywriters and script writers who can articulate the obvious. In May ’19, the nation has a simple choice to make. Does it want a Prime Minister who can give fighter planes to our Armed Forces or a Prime Minister who plays with paper planes in Parliament?”

The ad goes on to invite copywriters and script writers “with 1-5 years of experience with an advertising agency or brand of repute” and those willing to devote themselves to “the cause of ensuring a Modi Govern­ment in 2019” to e-mail their resumes at careers@nationwithnamo.com. The ad also mentions that this would be a paid assignment. Unfortunately, for Hajela, his post on Media Movements only got one interested applicant but plenty of trolls. “So would the content writer have to come up with Fake Stories on their own or would you be helping with it?” posted one user.

The hapless Hajela, whose Facebook profile mentions he lives in Bengaluru, is a management consultant, food critic and travel blogger and alumni of IIM Kozhikode and Institute of Hotel Management, Lucknow, promptly turned off the option for comment on the advertisement on Facebook.

Following the Information & Broadcasting Ministry’s recent announcement of a 25 percent hike in ad rates for newspapers, it has now decided to increase ad rates for private news channels as well. The ads are offered by its Bureau of Outreach Communication (BOC), formerly known as DAVP. The hike was recommended by the Eighth Rate Structure Committee of the MIB.

A ministry spokesperson said that the revision would “lead to an increase in rates of around 11 percent over the rates of 2017 in respect of most of the private TV channels, while it could be of a higher percentage for some others, as per their reach and TV ratings.”

“The decision will also make it easier for TV channels to be empanelled with BOC in order to take advantage of the higher rates,” it added.

While most broadcasters welcomed the move which will also give more traction to the government during this election year, Anil Singhvi, Managing Editor, Zee Business, went on record saying that the hike is less than expected and should have been on a par with the hike in print. “People are moving from newspapers to digital and electronic media. The hike is less than expected when we compare it with what was done in the case of print players. Also, the hike should be the same across channels and not just news channels.”

The $40 billion that sets them apart notwithstanding, Anil Ambani is trying hard to follow in the footsteps of his elder brother, in some sectors at least. Media, for one. In the last few years, the Mukesh AmbanI-owned RIL has become India’s largest media group and now kid brother is showing signs of following suit. With a TV station in the bag already, the Anil Ambani-led Reliance is, through a network of companies, on an expansion spree. Its latest acquisition is IANS, a news agency that prides itself as India’s largest independent news service. The reason could be that IANS has—and it is to be hoped, will have—the one thing that is the envy of its peers: credibility. While most of the media—to paraphrase what Lal Krishna Advani said about them during the Emergency—are only too glad to crawl when asked to bend, the agency has consistently not buckled under pressure, refusing to withdraw stories despite edicts from the powers-that-be. One such was the story it did last year on a district cooperative bank, which had BJP President Amit Shah as a director, netting the highest depo­sits among coop banks of old Rs 500 and Rs 1,000 notes that were abruptly demonetised on November 8, 2016. A few calls and a bit of muscle flexing saw the mainline papers withdraw the story but IANS did not. The agency had also been at the forefront in exposing the Rafale deal in which Ambani was a beneficiary.

How come most of the Indian media either missed or blanked out an important story on the “coding” of cows in Uttar Pradesh? However, it did not miss the prying eyes of a reporter for the Associated Press whose story on the subject made big news in the foreign media including obscure suburban papers like the Chicago Daily Herald.

Under the headline “Stray cows to be bar coded in Indian state to counter menace”, the paper said that authorities in India’s most populous state have been ordered to bar code stray cows and use vacant buildings to shelter them in response to farmers’ complaints that the closure of slaughterhouses has created a menace of crop-destroying, free-range cattle.

“An order by the Hindu nationalist-led Uttar Pradesh state government this week also says that officials should use radio frequency identification technology to scan the tags to help keep track of stray cows,” the story says. “Since the government began closing cow slaughterhouses in 2017, many farmers have abandoned their cattle, unable to continue feeding them after they stop producing milk… Earlier this month, fed-up farmers in the city of Agra herded a group of stray cows into a government school building, forcing school-children to attend classes outdoors.”