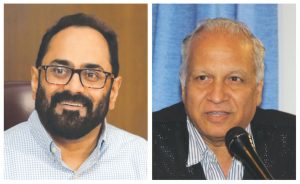 The names selected by various parties for a berth in the Rajya Sabha shows a growing trend—the number of journalists or media house owners in the fray. There was a time when businessmen with deep pockets found favour but now it seems that control of the media or prominent media voices is in vogue. There are no less than nine journalists/media owners who have got tickets in the latest nominations—the BJP has fielded four, the Congress two, and one each by the TMC, BJD and JD(U).

Prominent among them is Rajeev Chandrasekhar (left), who has controlling interest in numerous media companies including Asianet and Republic TV. He was an independent candidate backed by the BJP in the earlier House but now has formally joined the ruling party. Naveen Patnaik’s BJD has also opted for a local media baron while the Congress candidate from Maharashtra is leading journalist Kumar Ketkar, ex-editor of Loksatta who has been critical of the BJP. 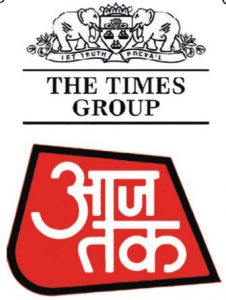 The big gap in its coverage, compared to rivals India Today TV or Zee News, has been a Hindi news channel. That anomaly is about to be rectified. The stage is set for the launch of a Hindi news channel. The expansion is also intended to cover some regional language markets as well. The target, say insiders, is to take on Aaj Tak, which has occupied the number one position in the Hindi TV news genre, and also provided a solid revenue stream to the parent company.

Top TV journalists from existing Hindi channels are being app-roached to join selected in-house bilingual talent but it may be a while before the new channel gets off the ground. 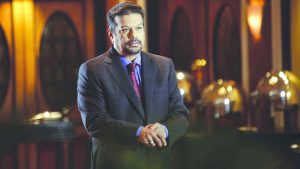 In its desperation to find witnesses who can back their claim of Karti Chidambaram’s illegal involvement in INX Media, the Enforcement Directorate is casting its net far and wide. The latest to be questioned on the links between INX Media’s former owners, Peter and Indrani Mukerjea, and Karti, is senior journalist Vir Sanghvi.

Sanghvi had a bitter falling out with the Mukerjeas after a stint with the TV channel in its initial days, and had filed a complaint about financial improprieties in 2008. The ED grilled Sanghvi about allegations that he was the conduit between Karti and Indrani. He has denied this.

Sanghvi’s complaint about financial irregularity in INX, made to the Ministry of Information & Broadcasting, was immediately after he quit and, according to the CBI’s case filed in court, the payments to Karti were made quite some time after Sanghvi had left the organisation. The reason the ED approached him was because another journalist had tweeted recently about a prominent media personality being the conduit between Indrani and Karti. Social media has a lot to answer for.

For media houses, hosting events like summits and conclaves have become the hot new trend. Most recover the costs through local sponsors but the Mukesh Ambani-owned News 18 Network has gone a step further. Its “News 18 Rising India Summit” next week has a partner country—Gabon. The president of the Central African country, Ali Bongo Ondimba, will be addressing the Summit along with Prime Minister Narendra Modi. Nobel laureate and economist Paul Krugman will be the guest of honour. The network has staged “Rising” summits before but this is the first time it will have a country partner for its showpiece event in Delhi. Other speakers include Union Ministers Arun Jaitley, Nirmala Sitharaman, Rajnath Singh, Piyush Goyal, and Nitin Gadkari along with corporate VIPs like Vedanta’s Anil Agarwal, Kumar Mangalam Birla, Sanjiv Goenka and economist Nouriel Roubini.