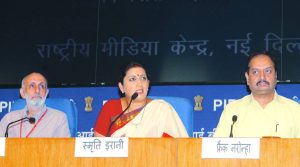 The Principal Information Officer of the government is normally a pliable, servile babu who is ever eager to dance to the tunes of the master of the day. But Frank Noronha, who retired as the government’s main spokesman on Monday, was different. It is no secret that the information and broadcasting minister, Smriti Irani, was behind the infamous order early last month to punish journalists on the mere accusation of publishing or “propagating” fake news. When all hell broke loose in the media, the centre tried to make amends by withdrawing the late-night announcement. The government’s spin doctors also went into overdrive to make it look as if the decision was taken at the level of the ministry of I and B and that the Prime Minister’s Office was in the dark on the matter.

That anything happens in this government without the prime minister’s knowledge is something to be taken with a bagful of salt, but we will let that be. With the needle of suspicion pointing towards Irani, the minister tried to deflect it by issuing notice to Noronha. Her idea was to redirect the flak onto Noronha. As an officer, Noronha was known for the meticulous manner in which he performed his duties.

Last heard, Noronha had prepared his reply to the notice from his former boss, attaching photocopies of files and minutes, including those from the minister’s office which reveal that it was the actress-turned-minister in consultation with the secretary—and no one else—who was responsible for the ill-conceived diktat. 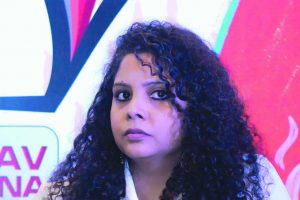 Rana Ayyub is no stranger to controversy or cyber-bullying but the last few days have been close to hell for the journalist-writer whose perseverance and tenacity in pursuing the Gujarat riots saw Amit Shah facing the brunt of the law in 2010.

When Ayyub, accompanied by her lawyer, went to a police station to file a criminal complaint at the local police station, the cop on duty reportedly asked her to file the complaint at a thana in the area where she first saw the fake tweet. Few journalists have been at the receiving end of the wrath of cyber-bullies as Ayyub, yet this time she admits to a sense of fear. “I’ve been trolled before, but I have never faced anything like this. I don’t know what else I have to fear after this. There are marches when people are killed. I’m repeatedly telling the state that I’m under attack and I fear for my safety. Will they take action only after something happens?” she told The Wire.

The Delhi Union of Journalists has demanded that the complaint filed by Ayyub with the Delhi cyber crime cell be looked into at the earliest. The group has also called upon Twitter to refine its tools and immediately act to stop such serious abuse of the platform. It is doubtful if  such steps would put an end to such virulent abuse, but the merchants of venom would do well to recall what Ayyub said recently: “I am not going anywhere, I am here to stay.” 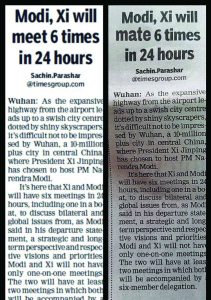 As unforgivable as they may be, grammatical and typographical errors in newspapers are a reality. A day before Prime Minister Narendra Modi’s recent visit to China, a grab of a “newspaper clipping”, attributed to The Times Of India, went viral on social media. The item was headlined “Modi, Xi will mate {our italics} 6 times in 24 hours”. The almost blasphemous headline, though obviously a typographical error, triggered Modi-baiters into an overdrive of sharing the item on Twitter, while the familiar army of trolls sympathetic to the Indian Premier and his party cried foul.

That the mistake was unpardonable is obvious, except that the clipping was actually a cleverly photo-shopped parody of the original news item which was correctly headlined “Modi, Xi will meet {our italics} 6 times in 24 hours”. The viral “fake news” post caught the eye of TOI head honcho Vineet Jain who immediately tweeted an image of the original clipping juxtaposed with the parodied one and along with this threat. Jain also threatened the creators of the “defamatory post” saying: “we are watching you, compiling your names and mobile numbers and coming after you [sic]”.

What Jain perhaps didn’t bargain for was the backlash he faced for calling out what he called a “fake news” item. Scores of people on the micro-blogging website reminded Jain that while he was expressing his outrage on one parodied news item from his newspaper, his empire’s English news channel—Times Now—and its star anchors Navika Kumar and Rahul Shivshankar, and Arnab Goswami before them, have gained notoriety for regularly dishing out sensationalised news to further political agendas.

Those trolling Jain questioned his silence on the fake news spread by Times Now and reminded him that Karma does get to you in the end.

For a New Watering Hole 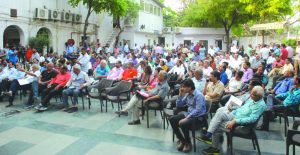 The quest of successive governing bodies of the Press Club of India, New Delhi, to raise funds for relocating the favourite watering hole of journalists to a new, bigger venue than its current 1, Raisina Road address has failed to yield the desired result in the past few years. In November last year, the PCI had received a demand notice of Rs 2.75 crore for taking possession of the sprawling land allotted to it for the new club premises back in 2002 but despite conscientious ef­forts to raise the said amount, the current governing body is short of Rs 1.75 crore and no bank is willing to extend loans for this shortfall.

The club’s president, veteran journalist Gautam Lahiri, has now received a proposal from the Rajya Sabha TV wherein the government-run channel has proposed to contribute a staggering Rs 80 crore not just towards the cost of the plot but also construction of the new premises. The RSTV offer comes with the condition that while the PCI can continue to offer all its services to members at the new premises, it would have to give the channel 30 per cent of built up area of the new building on a long term lease. Lahiri has now written to PCI members seeking their views on the RSTV proposal.

If Mann Ki Baat is actually all about what Prime Minister Narendra Modi is thinking, then what he said last Sunday about Rabindra Sangeet (music and lyrics composed by Nobel Laureate Tagore) could bewilder people. He said: “During my childhood, I used to listen to Rabindra Sangeet on radio every morning at 5.30am.” Huh? AIR Kolkata started its broadcast those days at 5.50am and not 5.30am.

Moreover, the mornings were booked for devotional songs and hymns. Rabindra Sangeet started only at 7.45am. And double huh: Aakashvani Kolkata broadcast in medium wave, and that cannot really handle the curvature of the earth. It is improbable that Modi could have been able to hear a medium wave broadcast from Kolkata sitting so far away in Gujarat.