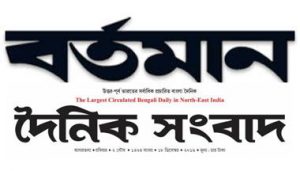 Two Bengali dailies that came out with editorial honour intact in the Cobrapost sting operation were Kolkata’s Bartaman and Agartala’s Dainik Sambad. While Dainik Sambad has been pretty much pro-administration, now falling in line with the new BJP dispensation of the state after years of CPI(M) dominance, Bartaman was born out of an ideological revolt. Journalist Barun Sengupta of Anandabazar Patrika, the vernacular behemoth of the area, started his own daily, which says it is “afraid of none but God” and is in “no camp”. Okay, it was the CPI (M), during its 34-year rule in West Bengal, that provided Bartaman with a large plot of land by the Eastern Metropolitan Bypass, but the paper, which enjoys the second largest circulation among vernacular dailies in the state, is completely secular in its reportage. It is also very pro-Trinamool Congress of Mamata Banerjee. Wrong place for Cobrapost to tap.

If Smriti Irani had had her way and punished journalists who circulated “fake news”, the first victim may well have been Madhu Kishwar, the fiery feminist-turned-rightist who is one of Narendra Modi’s ardent supporters. She has often in the past been accused of passing on unverified information on Twitter, but this time she has been shown her place by the Jammu and Kashmir police. The tweet that earned her the ire of the police read: “Shocked to learn from @neelakantha that @spvaid –the DG of J&K actually suspended the SP who killed Burhan Wani in an encounter–all because @MehboobaMufti was upset at killing of Burhan. A DG playing doormat to jehadi politicians– Is this what IPS training is all about?” The swift retort from the police said: “More than shocked to read concocted information being shared by a senior journalist like you @madhukishwar. No SP has been suspended. Kindly check before sharing such information.”

A red-faced Kishwar tried to wriggle out by saying she had merely tweeted information shared with her by a very close friend. “I named the source of my information, namely very responsible & credible person—Sushil Pandit @neelakantha of @RootsInKashmir. I don’t think he would give me false information. Let him clarify the position,” she tweeted. While Pandit has issued no clarification, a look at his Twitter handle suggests he had not tweeted any such thing. 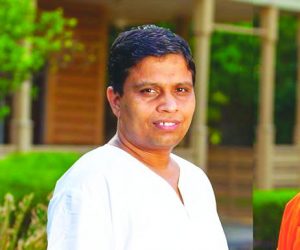 Acharya Balkrishna, the billionaire CEO of yoga guru Baba Ramdev-run FMCG company Patanjali, is getting into television with the upcoming launch of three spiritual channels under his company, Vedic Broadcasting Ltd (VBL). Balkrishna is the eighth richest Indian, according to the Hurun India Rich List 2017. VBL had applied to the Information & Broadcasting ministry for permission to launch the three channels—Aastha Tamil, Aastha Kannad and Aastha Telegu—sometime ago, but clearance was taking its own sweet time. Divine intervention came last month when a call from the PMO hastened things up and clearance was issued forthwith. According to television industry sources, there are scores of channels awaiting clearance but evidently Aastha, which will broadcast spiritual content, was pushed to the head of the queue. Spiritual channels are not just about belief and altruism—the ones already on air attract advertising from MNCs and leading corporates.

Cleaning Up The Mess 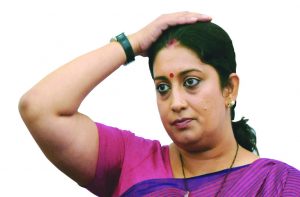 After taking over as I&B minister in July last year, Smriti Irani had antagonised almost anyone who had anything to do with the ministry, and then some more. Like President Ram Nath Kovind, who was incensed that she kept his office in the dark about details of the national film award ceremonies, that saw more than half the awardess boycotting a function attended by the president. Her circular on fake news eventually led to the PMO reversing the order and divesting her of the charge. Now it appears that her successor, Rajyavardhan Rathore, is out to set right the many wrongs of Irani’s tenure. He is busy poring over the many memoranda that he has received from, among others, the Indian Information Services Officers Association on mass transfers ordered during her tenure, the alleged standoff between Irani and Prasar Bharti which led to the national broadcaster facing a cash crunch, appointments of senior editorial heads at Doordarshan, and so on. Sources say it will take a while to clean up the mess, but  corrective measures will follow sooner or later.