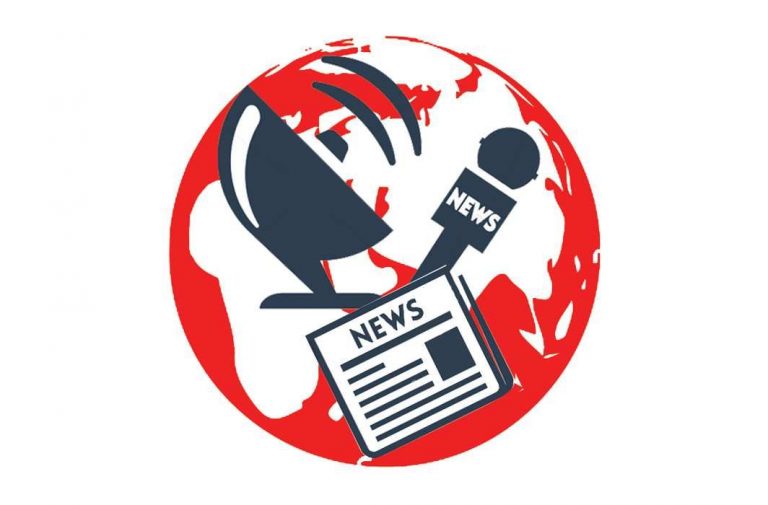 Dutt’s Not the Way 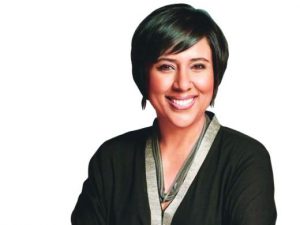 This government—and its army of trolls—has made no bones about its animosity towards NDTV and in particular, former NDTV anchor Barkha Dutt. Dutt is currently the target of threats, including to her life, if she dares to start a TV channel. She has revealed the threats to herself and her family, in her usual feisty manner in interviews and online. She says she has been asked to stay away from TV news “till 2019”. On Twitter, Dutt wrote: “Received chilling veiled threats and ‘messages’ from powerful people in the Establishment today that my family and I are under surveillance—and that I will be smeared & maligned to stop me from starting any new projects. Was advised to get my house debugged. Is this my country?” In another tweet, the former NDTV editor wrote: “Over the last few months, those associated with the ruling party have warned me—politely, impolitely—not to work on new TV projects and told me—’we will never allow them to happen’—today I was told a 45 minute meeting held on how to stop me, smear me, malign me, tap me.”

It’s strange that a government should put its might behind taking on one reporter, even one with such a formidable reputation. The answer lies in her coverage of the 2002 Gujarat riots, which PM Narendra Modi has never forgotten.

Now that she has left NDTV and her solo career as MOJO was short-lived, she is now starting a new channel backed by Congress leader Kapil Sibal. Sibal had applied for a licence some years ago,   got it, and is now looking at launching it with Barkha as the star. Incidentally, in the last four years, BJP MP Rajeev Chandrasekhar’s Republic TV, run by Arnab Goswami, is the only English news channel to be given a licence by the I&B ministry.

For watchers of Indian TV news, the fake news discussion on Republic TV came as a double whammy. Aside from the glaring irony in Republic TV discussing the consequences of fake news, the choice of fake news peddler, editor of Postcard News, as its guest, left everyone in splits. One user Sardar G commented: “W**! Post card news editor as panelists on fake news debate. Irony died 1000 times today.” Journalist Barkha Dutt wrote: “Our channels are inviting Post Card New to debate Fake News. Hmm. Sort of like – asking the chap who robbed your house to secure the locks…” 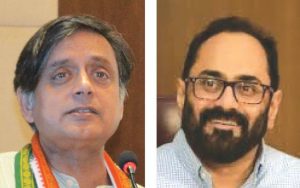 If you ever wonder why Republic TV goes hammer and tongs at Shashi Tharoor, Congress MP from Thiruvananthapuram, you need look no further than Rajeev Chandrasekhar. He is the man who likes to think of himself as the mallu with the Midas touch. His businesses straddle the technology, media, hospitality and entertainment sectors, all of which are making money.

Last year, he won re-election to the Rajya Sabha and is currently serving his second consecutive term as an MP from Karnataka, now squarely aligned with the BJP. But his heart has always remained in Kerala. Though he won both elections with the support of the BJP, in the Karnataka party unit crammed with heavyweights like Yeddyurappa, Sadanand Gowda and Anant Kumar, he amounts to nothing.

So he has set his sight on his home state where the BJP won its first-ever assembly seat in the elections held in 2016. BJP leaders—but not many others—believe that the first Lok Sabha seat is not too far away and it is said that the media moghul, who owns Republic TV and Asianet, the biggest Malayalam channel, wants to be the one to create history by becoming the first to win a popular election to the Lok Sabha from Kerala. Trivandrum is one constituency where the party is relatively stronger than its units elsewhere. Tharoor is perhaps paying the price for his opponent’s political ambitions, courtesy Arnab Goswami of course.

While social media is still slamming an episode in the third season of Priyanka Chopra-starrer, Quantico, which suggested India had hatched a terror plot, Chopra has taken the brunt of it. The Hindutva troll machinery discovered the name Ahmed in the serial’s credits. The contributor has woken up to a flurry of rape and murder threats in all her social media profiles from India’s Hindu far-right troll machinery. The Bangladeshi writer said she had no role to play in that episode. But, she says: “I was flooded with rape threats. Not just rape threats, but random people wishing that I be raped by terrorists and the ISIS. Others suggesting that I was, in fact, a sex slave of the ISIS… When my friends defended me, they faced similar abuses….At first I was shocked, but then I realised all these tweets had an agenda. They were not interested in the truth, they simply had an agenda—which they think is nationalistic and they are single-mindedly following that.”