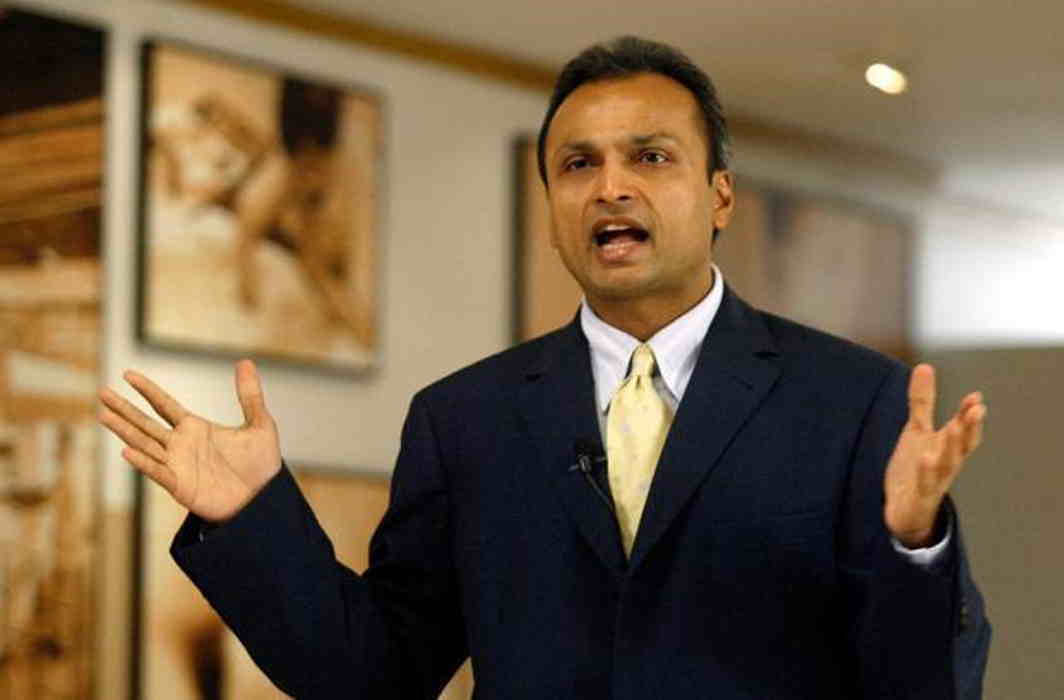 With the Opposition making the Rafale deal the cornerstone of their attacks on the Modi government, the main questions being raised involve the offset contract between the French manufacturer Dassault and Anil Ambani’s Reliance Defence Ltd, a company with no experience in aircraft manufacture. Naturally, the media has jumped on the story, giving it front page/primetime coverage.

In a clumsy attempt to browbeat the media, Ambani junior has slapped a “cease and desist” notice on some newspapers in an effort to block further coverage. The notice was served in the name of three Ambani companies, including Reliance Defence Ltd, and on leading newspapers, including The Hindu. The notice threatens them with lawsuits and warns against publishing “unverified and speculative” reports relating to the offset contract that was part of the Rafale deal.

Now, the Editors Guild of India has stepped in and demanded that “the company should withdraw this notice”. It added that if the company did not do so, “it should be resisted”. 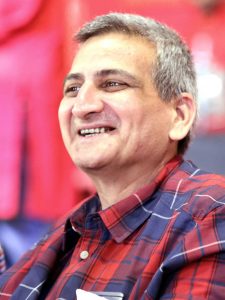 That the death of Dainik Bhaskar‘s Group Editor Kalpesh Yagnik—initially described as a heart attack by the paper’s owners—was suicide has now been confirmed by the arrest of a woman journalist who was blackmailing him. Madhya Pradesh police last week arrested Saloni Arora, from Mumbai. After initial investigation, Arora was named in the Kalpesh suicide case as an accused, and had been on the run since his death. MP police say that Arora had frequently changed locations from Delhi to Goa and Gujarat before she was finally tracked down in Mumbai.

The case against Arora is that she was threatening Yagnik and demanded Rs 5 crore from him. As evidence, an audio recording has Arora threatening Yagnik, who was her boss at the newspaper group before she was fired. In the audio, Arora is heard demanding a payment of Rs 5 crore in exchange for not revealing the “secrets”. She had said that she would not stop her torture and blackmailing even if Yagnik resigned.

“It’s in your hands to reduce the frequency of the cyclone. I will give you slow poison if you quit Bhaskar, but if you don’t resign, you will only get cyanide,” she is heard saying, adding that there were many people willing to pay her for evidence against her former boss. “Many people have offered me (this money) to destroy you,” she is heard saying. Front page stuff. 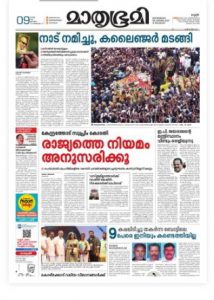 A fierce campaign by right-wing elements to bring a large-selling Malayalam paper to its knees sadly enough seems to be yielding some dividends. With daily sales of over 18 lakh, Mathrubhumi is the second largest Malayalam newspaper but it recently enraged Hindu fundamentalists by serialising a novel which depicted temple-going Hindu women in a bad light. Though the author, under pressure, withdrew his novel, the paper did not apologise. Hindu organisations began to step up the pressure by calling on the faithful to cancel subscriptions to the newspaper. A campaign on social media said the aim was to cut the paper’s circulation at least by two lakh and that already there had been a drop of more than 50,000.

The right-wingers then began to put pressure on big advertisers to stop ads to the paper, and among the first to do so was one of the largest jewellery groups. Bhima Jewellers announced on Facebook that it had withdrawn advertisements from the paper. “Bhima, as you know, is a 94-year-old brand and a responsible business group. We give importance to public sentiments and wish to stay away from controversies of any kind. We have noted the concerns and have informed our advertising agency to put our ads to the publication concerned in abeyance,” said the post. Soon, the Facebook page of Kalyan Jewellers was filled with comments asking them to emulate Bhima. A spokesman for the paper admitted that the circulation had dropped marginally but said they would overcome the crisis.