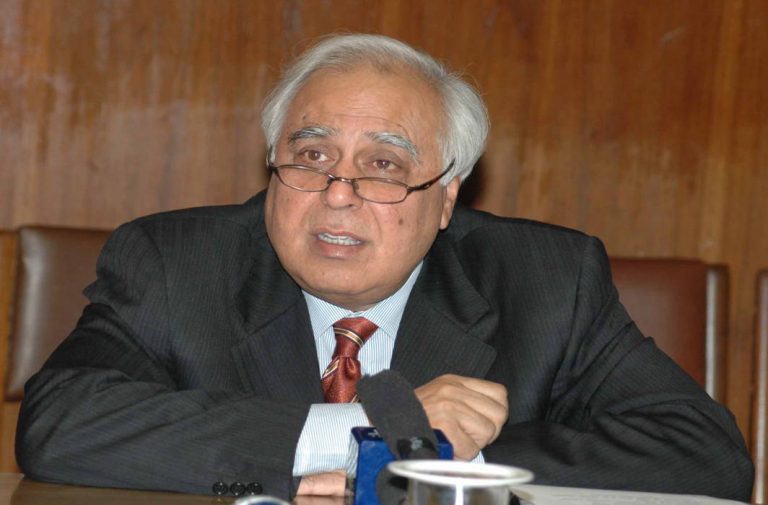 Congress veteran and Supreme Court advocate Kapil Sibal is racing against time—and the Modi government—to launch his TV news channel, oddly called Zero News, well before next year’s general elections. His big advantage is that he had applied for a licence during the UPA regime and already has permission. Many others are in the queue for a licence two years after applying: only Republic TV owned by BJP MP Rajeev Chandrashekar got theirs in record time as did Times Now for two new channels.

Sibal, however, has another problem—the face of his channel will be Barkha Dutt who says she has been getting threats to her and family if she joins any TV channel before the elections. She has the guts and stature to stick it out but another senior political journalist who joined the channel, abruptly quit three days later. Sibal can take comfort from the fact that there are enough journalists who have been hounded out by their pliant owners, but it is still a race against time.

Being a public broadcaster, Doordarshan has never had to worry about ad revenue. However, it has some profitable arms, like Free Dish, a direct-to-home television service. Free Dish broadcasts 80 free-to-air DTH channels. An estimated 24 million homes, mostly rural, bought the service, making it the No.1 DTH service in India, with its biggest advantage being its low cost compared to private platforms. For some unexplained reason, as I&B Minister, Smriti Irani ordered a halt to its marketing just weeks before she was shifted to Textiles, leading to an estimated loss of about Rs 70 crore in revenue. That year, the service had contributed Rs 278 crore towards DD’s revenue– a third of its total income. Now, her successor, Rajyavardhan Singh Rathore, is set to restart the money-making service. The reasons for Irani’s decision were never made public, by Doordarshan or her. Free Dish provides 23 Doordarshan channels, Lok Sabha TV, Rajya Sabha TV, and 55 slots auctioned to private channels. Rathore has been told it is possible to expand its reach to 250 channels and with its unique penetration into rural India, double its revenue.

With the indefinite fast undertaken by political activist Hardik Patel hitting the headlines and embarrassing the Gujarat government—he was demanding loan waivers for farmers and reservation for Patidars—the Vijay Rupani government ordered a media blackout. Police teams swung into action and stopped media teams from entering the area where Patel was conducting his fast. That the blackout was ordered by the state government was evidenced by the presence of top police officials including joint police commissioner Amit Vishwakarma, deputy commissioner Jaypalsinh Rathod and assistant commissioner Ashutosh Parmar. The police even resorted to a lathicharge in which a cameraman was injured. Reporters were forcibly removed. The ham-fisted police action gave Patel another handle to attack the Gujarat government for its treatment of the media.

What’s in a middle name? Plenty!!!

There is something about Narendra Damodar Modi that gets to even the staidest of news organisations.  Even one as conservative as Indo Asian News Service (IANS) which, rightly many would say, calls itself “India’s largest independent newswire”. Last week, IANS itself became the news. Whether it was by design (the place is swarming with Modi baiters) or because of callous editing by a sleepy editor, we are yet to be told, but in its aftermath, a few heads have rolled and more are said be heading for the exit door. The reason for all the flux was a story that the agency had put out on September 12 about yet another scheme that was approved at a cabinet meeting chaired by the prime minister. Quite uncharacteristically, the copy used the prime minister’s full name, middle name included. Except that the editor rechristened him, replacing Damodar, the PM’s actual middle name, with Bak…d, the choice epithet that baiters have reserved exclusively for him. The bosses at IANS have as yet not been able to identify the mischief monger/sleepy editor and last heard were scouring CCTV footage to locate the culprit.