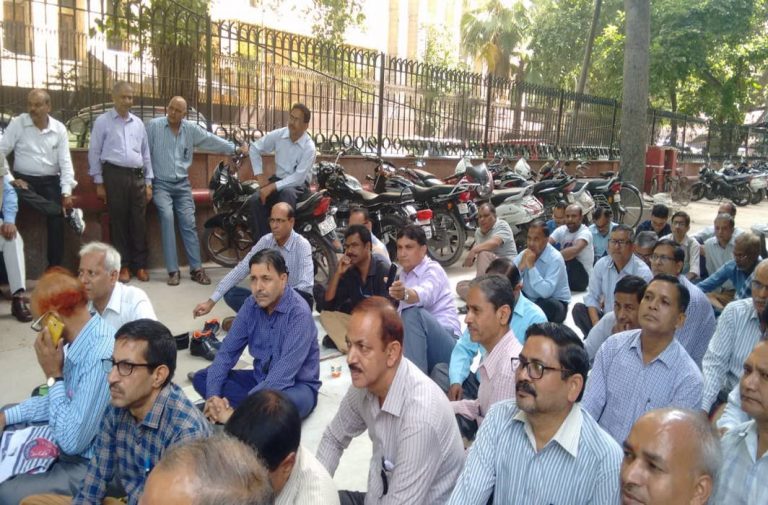 The Press Trust of India building on Parliament Street resembles a fortress under siege. The reason is the protests over the bloodbath that took place at India’s biggest news agency in end-September when close to 300 staffers were given marching orders. The layoffs took place across the country, with over 70 staffers losing their jobs in the Delhi headquarters alone. The cost-cutting exercise involved non-journalists but led to protests by leading media organisations and PTI’s union which has focussed on the unilateral manner in which the sackings were done—a letter on their desks or to their homes and on the PTI notice board and website which declared that the affected employees were to leave “with immediate effect”. Financial dues were cleared by direct transfers to individual bank accounts. What made it more intriguing is that the action came a day after a new Board took over at the agency, with N Ravi of The Hindu taking over as chairman from Viveck Goenka.

With general elections less than six months away and the BJP no longer appearing its invincible self, there seems to be a perceptible change in the way the mainstream media is willing to question senior central ministers. Of course, criticising Prime Minister Narendra Modi or BJP chief Amit Shah remains a big no.

Press conferences by senior ministers are no longer rambling monologues where journalists lap up whatever respective ministers wish to dictate. In recent weeks, Union ministers Piyush Goyal and Ravi Shankar Prasad have both faced tough questions from the press. When Prasad informed the media about the centre’s ordinance to ban instant triple talaq, he was left stunned by questions on whether the BJP would grant Muslims tickets in the Lok Sabha polls.

Navika Kumar of Times Now (the journalist and the channel have both consistently built a reputation of bieng a part of the right-wing propaganda machinery) left viewers and garrulous Union minister Smriti Irani flummoxed recently. During an interview, Kumar grilled Irani on whether she remembered her feisty protests during the UPA days when fuel prices were on the ascendant and why she and her colleagues were now doing nothing to help ease the common man’s burden. Irani, a known Modi confidante, obviously ducked the questions and continued with long critiques of Congress President Rahul Gandhi and his party.

One wonders whether the change of stance by the media is a sign of the changing political weather or the result of Rahul Gandhi’s willingness to subject himself to questioning at press interactions, where he never fails to chide the media on its inability to put “tough questions” to the ruling dispensation.

Journalist Vikram Chandra, who stepped down as the CEO of NDTV two years ago, has launched his much-awaited Artificial Intelligence based news app called Editor Ji. It provides personalised newscasts and allows for viewers to record their opinion on stories. Editor Ji Technologies Pvt Ltd has been funded by Bharti Airtel Ltd and HT Media Ltd which have pumped in Rs 20 crore and Rs 10 crore, respectively, for the venture. Chandra has tied up with HT Media Ltd for broadcasting videos of stories carried in the group’s flagship enterprise—the Hindustan Times and news videos hosted on the newspaper’s website. The involvement of Bharti Airtel as a key capital infuser will ensure that the app is readily available on the vast existing network of Airtel and its subsidiaries like Airtel TV and Wynk. Editor Ji provides a one-tap access to a personalised newscast that is created by the app’s AI algorithm which considers parameters like the user’s location, news categories, preferred news style and topics of interest.

Consumers of sports, entertainment and news channels were in for a shock last week when 22 Sony channels and India Today TV suddenly went blank. The reason is a commercial dogfight between Sony and its DTH service provider Tata Sky, and the failed negotiations between the two over revenue sharing—the contract was up for renewal by October 1. Some subscribers were able to watch some channels after making a few calls. Such commercial tussles are not unusual when contracts are to be renewed, but rarely does it lead to channels being blacked out on a distribution platform.