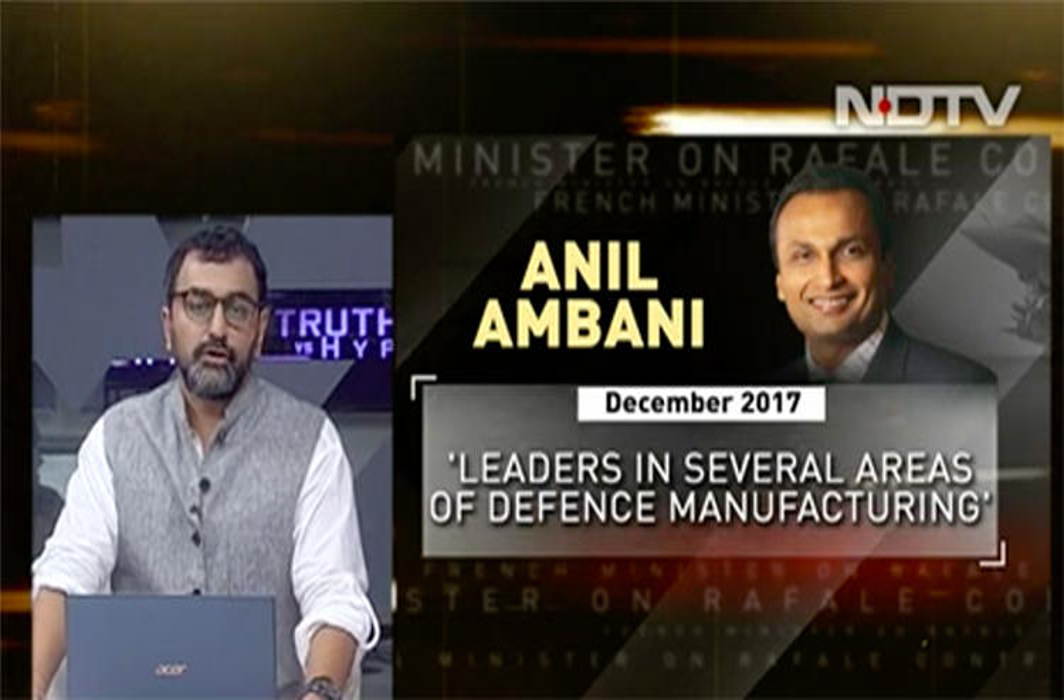 With his involvement in the Rafale deal creating the most controversy—and subsequently getting the most media coverage—Anil Ambani first tried to gag the press with a bunch of Cease and Desist notices. When more revelations from French sources appeared, the media focus on Reliance Defence and his VIP connections only increased, so now he’s gone a step further to try and put the genie back in the bottle—a series of lawsuits for staggering sums.

All three media outlets have rejected the charges as “attempts to silence the media”. NDTV says: “The charges of defamation are nothing more than a heavy-handed attempt by Anil Ambani’s group to suppress the facts and prevent the media from doing its job—asking questions about a defence deal and seeking answers that are very much in public interest.”

To add to the intimidation, all the defamation cases have been filed in an Ahmedabad city court.

Ambani is Mumbai-based, Dassault Reliance Aerospace is in Nagpur and all three media outlets are in Delhi. Amit Shah’s son Jay Shah had also filed a defamation suit against The Wire in the same court.

Amidst the flurry of #MeToo allegations and how media companies are responding, actions by The Wire, the Delhi-based news portal, clearly stand out. One of its contributing editors, TV personality Vinod Dua, had been accused of sexual harassment by filmmaker Nishtha Jain. Dua had denied the allegations but in an unusual initiative, the portal has set up an independent external committee headed by a former Supreme Court judge, to probe the case, which dates back to 1989 when The Wire did not exist. Dua and his accuser have consented to the process.

This year, The Hindu, which dominates newspaper readership in south India and has the second largest circulation in the country after The Times of India, is celebrating its 140th anniversary and change is in the air. The most obvious one is the masthead which sees a new editor. The current editor, Mukund Padmanabhan, will be retiring shortly and his replacement has already been announced—Suresh Nambath, currently the National Editor of the English daily.

Nambath is an old Hindu hand, having joined the paper in 1996. He was effectively number two since 2015. The Hindu has been through some rapid changes at the top. In July 2011, Siddharth Varadarajan,  national bureau chief of The Hindu, was appointed editor, a move that triggered the resignations of three members of the founding family from their senior editorial positions: N Ravi resigned as editor, Malini Parthasarathy as executive editor and Nirmala Lakshman as the joint editor. A fourth member of the family, N Murali, announced his retirement a month later.

Varadarajan was the first Editor in nearly 50 years who didn’t belong to the Kasturi family that owns the group. When Varadarajan quit two years later, Ravi was back as editor-in-chief and Malini became editor.

In 2016, Malini quit, citing personal reasons but a failed attempt to launch the paper in Mumbai was widely believed to be behind her leaving, though, as a member of the extended family, she remains on the board of directors.