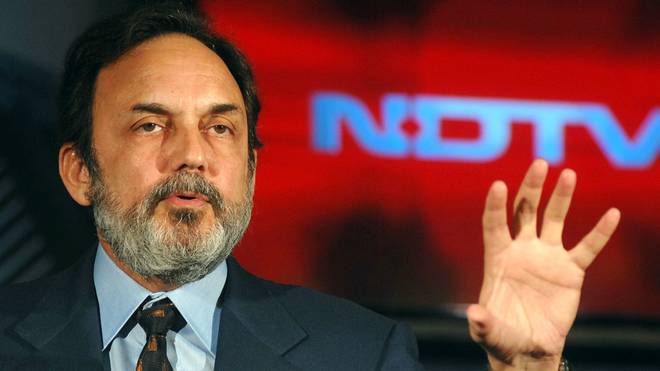 Muted celebrations are taking place at Archana complex in south Delhi, where NDTV operates from. After a prolonged period of financial turmoil and losses, the NDTV Group and NDTV Limited (its broadcast operations) have declared a profit for the quarter ending September 30. Not only is this a major turnaround from the same time last year, the profit figures in both companies make this the best Q2 for them in 14 years. NDTV’s broadcast operations have declared an operating profit of Rs 6.32 crore, compared to a loss of Rs 9.12 crore the same time last year. At the group level, the profit declared is Rs 59 lakh. NDTV Convergence, the company’s digital arm, also recorded its best-ever Q2 with the highest revenue for this period; traffic has grown by 45 percent over the same period last year. While majority owners Prannoy and Radhika Roy will be pleased at the turnaround, it has come after much heartburn and cost-cutting measures. In December 2017, NDTV had announced that it would be cutting 25 percent of staff, mostly camerapersons and technicians. In addition, senior staff members also took a salary cut last year.

The staff cuts coincided with the channel’s switch to a Mojo (mobile journalism) system, with reporters using mobiles and selfie sticks to shoot visuals, eliminating the need for camerapersons. Other measures included shutting down some bureau offices with reporters operating from their homes; reduced international travel and other perks, and increased use of Uber and Ola for reporting duties as opposed to hiring private taxis. That was a major crunch—NDTV was always known as a generous employer which cut no corners when it came to their staff.

Jobs for the Boys

Journalists who are Modi fanboys, and girls, and follow the right (wing) ideology, are being rewarded for their efforts. Earlier, it was Swapan Dasgupta who was first rewarded with a nomination to the Rajya Sabha and more recently, a visiting professor at the BJP’s least favoured university, JNU. Now, Republic TV’s firebrand anchor Arnab Goswami has been nominated by Prime Minister Narendra Modi, along with three others, to join the Nehru Memorial Museum and Library Society as a member. He replaces the eminent and erudite academic Pratap Bhanu Mehta. It is clearly an unequal swap but Mehta had opposed the centre’s move to set up a Museum for Prime Ministers within the Teen Murti premises, thereby making way for Goswami and three others. It is no coincidence that JNU is named after Jawaharlal Nehru and Teen Murti is also closely linked with the legacy of the first Prime Minister. Along with Goswami, another nominee is former journalist and author Ram Bahadur Rai, who had been appointed by the Modi government to head the board of the Indira Gandhi National Centre for Arts. Of the four new faces on the board, the one that has irked the Congress the most is Goswami, whom party spokesperson Sanjay Jha described as a “religious bigot, who regularly spews hatred, spreads fake news and polarises society”. Goswami, for once, has remained silent on his appointment and Jha’s comments.

The long-running stalemate between Sony Pictures Networks India (SPNI) and Tata Sky, the DTH service provider for all of Sony’s 22 channels, from sports to cinema and entertainment, shows no signs of being resolved despite the Telecom Disputes Settle­ment and Appellate Tribunal (TDSA) asking them to resolve the issue within four weeks (ending November 11). The financial issues involved also embroiled the TV Today network which had an agreement with Sony to be their distribution partner. Subsequently, all those wanting to watch Sony channels and TV Today, Aaj Tak and Tez, on Tata Sky had to do some complicated adjustments. TV Today quickly switched platforms and has now tied up a long-term deal with Star India. From November 1, Star India will be the exclusive distribution agent of India Today TV, Aaj Tak, and Tez. The agreement will allow Star to add news channels to its distribution bouquet. Since Star is registered under foreign ownership rules, Star cannot directly enter the broadcasting space but it can add existing channels to its broadcast bouquet. It’s a bit of a homecoming—Star India’s Chairman and CEO Uday Shankar was once head of Aaj Tak.