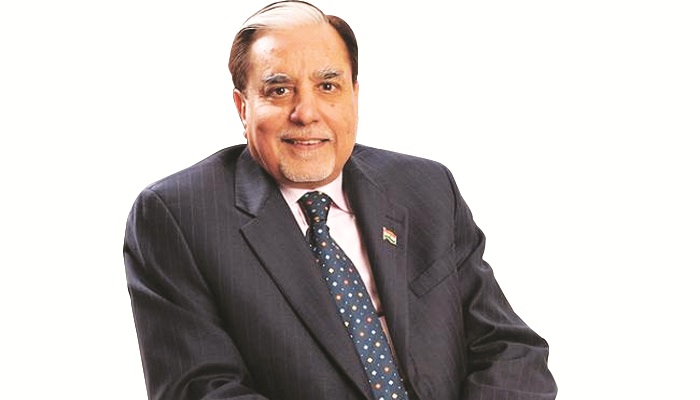 Is the surprise decision of Essel Group’s Subhash Chandra to sell 50 percent stake in Zee Entertainment Enterprises Ltd (ZEEL) a wakeup call for the rest of the industry? Chandra says he is looking for a (foreign) partner who can complement his profitable content generation platforms with emerging and disruptive technologies.  European based LionTree has been hired as international strategic advisor and the group is clearly looking ahead as the television industry, where Zee is a major player, faces serious challenges from online websites with video content, social media giants like YouTube, and live streaming of movies and entertainment by Netflix and Hotstar. Chandra said the dramatic move is meant to make his company “future ready” and mentioned that a strategic review undertaken over the Diwali weekend looked at how to tackle technological advancements such as Artificial Intelligence, Over The Top players like Netflix, 3D printing, Augmented Reality and Virtual Reality, among others.  Essel Group has a stake of 41.62 percent in ZEEL. The idea is to transform a content provider into a global media-tech player. ZEE is targeting mainstream audiences in 170 countries, and Chandra believes that the future lies in disruptive technologies.

The annual Devi Awards to honour exceptional women instituted by The Sunday Standard, part of the New Indian Express Group, was held in the capital’s Maurya Hotel last Tuesday, but this time there were some surprises. One was the absence of a chief guest, usually a Union Minister; it was meant to be Nitin Gadkari, but during the three-day mourning for his cabinet colleague, Ananth Kumar, ministers are not allowed to participate in celebratory events. The start of the evening was delayed as a last-minute replacement was found, but another surprise awaited a majority of the invitees—Prabhu Chawla, the host and editor of The Sunday Standard, and a veteran journalist, went virtually unnoticed. The reason: he has had a hair transplant and also grown a snow white beard which makes for a stark contrast and also renders him unrecognisable from his earlier avatar as India Today editor and anchor of the TV show, Seedhi Baat. Hats off…or maybe not.

Despite its limited circulation and staff, Delhi-based Caravan magazine punches well above its weight, especially when it comes to articles critical of the media and media personalities. Its latest issue has again created waves with a #MeToo story on India Today TV’s executive editor Gaurav Sawant. He has been accused of sexually harassing and assaulting journalist Vidya Krishnan during a reporting trip in 2003. The Caravan story details Krishnan’s experience when she was a young trainee journalist working for The Pioneer in 2003. She was sent to cover a peacetime drill in a military station at Beas along with other senior journalists, including Sawant, a defence expert who often appears on TV wearing camouflage gear and flak jackets. As she recounts, Sawant “sexually harassed and assaulted me for the most part of the journey”. The details she provides are sickening and Krishnan says that her going public “is entirely about me being at peace with myself”. Sawant refused to respond to Caravan’s emails asking for his responses to the allegations. He has, however, issued a statement saying he is speaking to his lawyers and will contest the claims. India Today has also not taken any action.

Gutsy journalist Swati Chaturvedi has won the Reporters Without Borders (RSF) Press Freedom Award for Courage for 2018. Chaturvedi, a freelance journalist, is the author of the book, I Am a Troll, on the Bharatiya Janata Party’s IT cell. The award was announced in London on November 8, and the RSF said that Chaturvedi “has been the target of vicious online harassment campaigns, like many other outspoken journalists in India”.