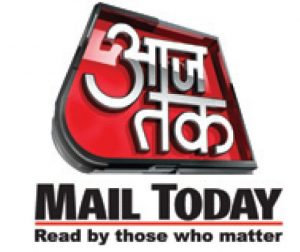 The tendency among media outlets for so-called “exclusives” and to be quickest on the draw is creating not just fake news but also reportage with the potential to create dangerous social and communal tensions. The latest example is the much criticised reportage by Aaj Tak and Mail Today, both from the India Today stable, on the Kasganj violence. Journalists with the Hindi television channel angled the clash as one where Hindus were attacked by Muslims for trying to hoist the India flag on Republic Day. The channel ran a highly inflammatory, inaccurate but loaded question: “Does hoisting the Indian flag result in a riot?” The riot was started by a group of militant right wing men on motorcycles who deliberately tried to cross a Muslim neighbourhood, now confirmed by videos and social media posts by a district magistrate. Then, the managing editor of the Mail Today newspaper spread the rumour that a man named Rahul Upadhyay had been killed in the riot. Upadhyay was at home when the violence broke and spoke out to refute reports of his own murder. Police arrested four people for spreading the rumour. That a section of the media is getting caught up in right wing propaganda during communal violence,deliberately twisting facts and broadcasting fake news is troubling. More so since India Today chairman Aroon Purie was once highly regarded for his emphasis on credibility and accuracy of facts and reportage. 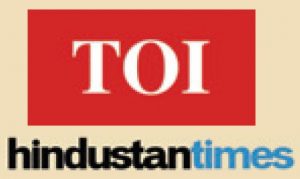 Barely days after the India Readership Survey (IRS) 2017 came out with its figures of print media readership after a gap of three years, controversy has erupted over charges that the data was being misused by publications. The Media Research Users Council is looking into such cases with the main culprits being the two leading national dailies—The Times of India and Hindustan Times. Both have accused the other of “inappropriate use of data” which is reflected in competing advertisements from both media houses claiming to be Number One in key markets, specifically, Delhi and Mumbai. The charges revolve around the fact that the publications have been selective about data that suits them for marketing purposes and higher advertising rates. The Times accused HT of misrepresenting IRS figures to claim leadership in Mumbai and Delhi NCR. “They have conveniently left out parts of Greater Mumbai…and included variants, which have no consequence to the advertiser,” said TOI. HT has reacted sharply to accusations made by TOI and has refuted allegations of any wrongdoing or misrepresentation of IRS numbers. 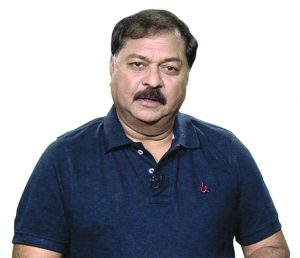 The competition among a section of senior journalists vying for the role of Editor-in-Chief of Rajya Sabha TV—a post lying vacant since the resignation of Gurdeep Singh Sappal in August 2017—has taken a nasty turn. On January 29, Rajesh Badal, the channel’s executive director and a key member of the team that set up the channel during the UPA days, tendered his resignation. Till a few weeks ago, Badal had been vying for the top job at the channel. It seems a post from Twitter handle @Insider31172259 effectively put an end to Badal’s ambitions. On January 8, the Twitter handle claimed that despite a written complaint of “harassment of women” being filed against him, Badal continued to serve as a senior functionary of the RSTV. It appears that the Twitter handle, which became operational since September 2017, had been selectively targeting UPA-era appointees in RSTV, through unsubstantiated allegations of financial impropriety. However, the charge of harassment seems to have stung Badal hard. Sources close to Badal told India Legal that the tweets against him were orchestrated by a RSTV employee who is also vying for the top role and seems to have the backing of Vice-President Venkaiah Naidu. The hunt for an Editor-in-Chief has been on since October at RSTV. The “search committee” comprising Prasar Bharati chairman A Surya Prakash, CEO Shashi Shekhar Vempatti, columnist and MP Swapan Dasgupta and journalist Rahul Srivastava that was set up to suggest a name to head the channel has so far failed to deliver. The names of contenders that are doing the rounds are of senior journalists Vibhakar, Sandeep Bamzai, Mrityunjoy Kumar Jha, Rahul Mahajan, and current RSTV employees Arvind Singh, Akhilesh Suman and the much-junior Vishal Dahiya.