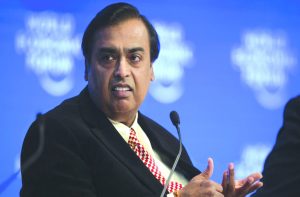 With his acquisition of the Network 18 group in 2014 from Raghav Bahl, which included a bouquet of channels, including CNN-IBN, CNBC TV18 and IBN7, among others, Mukesh Ambani became an overnight media baron—it was the biggest ever deal in the Indian media space. The deal also included a news website, Firstpost. Now, Mukesh seems to be spreading his media wings even further.

The buzz in the media marketplace is that he is readying to launch a newspaper within the next few months, essentially in preparation for the 2019 general election. Like he did with JIO, the newspaper will have attractive pricing and offers to grab subscribers and ensure that Prime Minister Modi’s party has another media crutch—it is no secret that Mukesh and Modi are reliant on each other, to use a bad pun. The only earlier media involvement by Reliance Industries were the ill-fated Sunday Observer and Business and Political Observer. Both shut down in 2000.  Mukesh has launched a hunt for an editor who, he insists, must have credibility.

Media outlets in Karnataka are laughing their way to the bank thanks to the generous outlay on advertisements by political parties leading up to the polls. According to BARC (Broadcast Audience Research Council), the BJP ranked number two of the top 10 advertisers in the country between April 28 and May 4. The BJP allocated Rs 300 crore for advertisements (most of which went to print ads) while the Congress spent Rs 50-60 crore. Parties started placing campaign ads during the last week of April, with the BJP booking 70 slots a day distributed among TV channels, national and local. The Congress started with five slots a day which increased to 40. The JD(S) acquired five slots a day for two weeks. 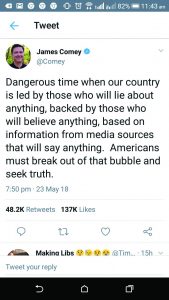 Placed in the current Indian context, it could have been a tweet from any sane thinking Indian about the way things are in the country.  However, the next line of the tweet gives it away. It says: “Americans must break out of that bubble and seek truth.” Whose truth was it? It was James Comey, the former FBI director who was unceremoniously fired by US President Donald Trump, because he refused to toe Trump’s soiled line. The similarity in situations in the two countries is uncanny.

In a major setback for two of India’s leading broadcasters—Star and Vijay TV, the Madras High Court this week upheld Telecom Regulatory Authority of India (TRAI) regulations preventing broadcasting companies from mixing free-to-air channels with pay channels in bouquets. The order means that the TV broadcasing set-up could witness a sea change affecting channel pricing, bundling by networks and revenues.

In March, a two-member bench comprising Chief Justice Indira Banerjee and Justice M Sundar delivered a split verdict on the petition against the TRAI order, arguing that content pricing should be left to broadcasters’ discretion. It was then handed to a third judge, Justice MM Sundaresh whose 150-page judgment upheld TRAI’s Interconnect Regulations and Tariff Order (IRTO) of last year. IRTO has huge ramifications for the broadcasting sector. Justice Banerjee stated that the marketing strategy based on bouquets results in “perverse pricing”. The broadcasters can now be expected to knock on the doors of the Supreme Court. 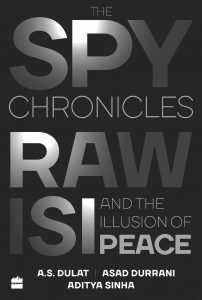 An interesting revelation, among many, in the just-released book, Spy Chronicles: RAW, ISI and the Illusion of Peace by joint authors AS Dulat and Asad Durrani, former heads of the respective spy agencies, is that RAW financed a television channel. While Dulat feigned ignorance, Durrani claimed that the Indian spy agency spent $25 million to finance a TV channel that would be predominantly anti-Pakistan (most are now, through free choice) and be fed titbits on ISI operations. As Durrani put it: “What intelligence agencies everywhere believe is that the media must be financed to wage psychological warfare.”