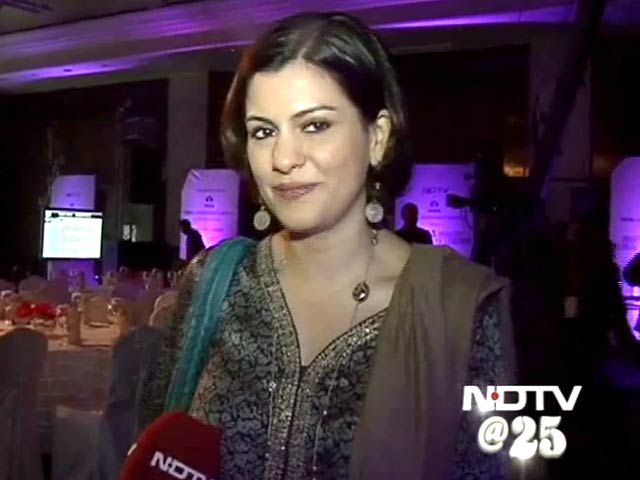 The news and current affairs channel NDTV 24X7, run by Prannoy and Radhika Roy, has never been a favourite watch for the Establishment because of its brutally candid approach to news and espousal of liberal points of view. With stalwarts like Barkha Dutt, Rajdeep Sardesai and Maya Mirchandani along with hundreds of others who have quit before and after political and financial pressure—least among them the raids on the Roys’ premises by economic offences sleuths—the powers-that-be expected the channel to be bleating like a lamb.

Instead, with bold anchors like Srinivasan Jain, Nidhi Razdan, Sonia Singh, Vikram Chandra and Vishnu Som stepping in to fill the breach, the channel is roaring like a lion. This has surprised not only viewers fed up with “sarkari” TV,  but also the ruling party. The BJP had made it a policy to boycott the channel’s talk shows. Not anymore. Seeing that the channel has been attracting a sympathetic, influential, middle-class, young audience which will play an important role in the upcoming election, the BJP is now sending its own breed of young, articulate right-wing spokespersons—among them, the smooth, English-tongued Vaibhav Aggarwal—to NDTV’s shows.

Swathi Vadlamudi who published an anti-rape cartoon—one amongst an avalanche of biting satirical pictorial criticisms following the Kathua gangrape and murder of an eight-year-old child in a temple—has been at the receiving end of online threats to her security. Some of these threats reminded her of the fate of Gauri Lankesh, the murdered journalist who was a vocal critic of Hindutva fundamentalism. In fact, the police has filed a case against the cartoonist after a Hindu group complained that the drawing hurt their religious sentiments. Women’s groups, backed by the Indian Union of Journalists, however, have condemned the complaint against her as an “attack on the press”.

Vadlamudi’s cartoon depicts a conversation between Lord Rama and his wife, Sita, to criticise right-wing support by the Hindu Ekta Manch in Jammu for the accused allegedly involved in the Kathua atrocity. The cartoon—shared in thousands over social media—depicts Sita wondering whether she would be as safe as she was in Lanka as a kidnapped captive of demon king Ravana, had she been taken captive instead by the Ram “bhakts” who identify themselves with the increasingly militant Indian right-wing. The Committee to Protect Journalists, a non-governmental organisation, has ranked India as a country with a poor record in safeguarding journalists. Their research shows that at least 27 journalists have been murdered because of their work in India since 1992.

As crucial state elections in Karnataka and elsewhere draw closer as a dress rehearsal for the Big One in 2019, communal and caste polarisation are rapidly gaining momentum to work as vote-catching devices. Passing off old videos and photos as recent events is a line of attack that has been repetitively espoused by fake newsmongers. As Alt News warns: “Please be careful about sharing such posts on social media which seek to divide the society along religious lines.”

A recent example exposed by this portal, which relentlessly digs out and demolishes such propaganda, was a social media video purportedly showing “Christian goons attacking foreign ISKCON devotees who are singing & distributing Gita”.

The video went viral on Facebook and Whatsapp. Based on impeccable research, Alt News discovered this was a clash in Mapusa between the Goa police and the Russian ISKCON (Hare Krishna) chanters who were blocking traffic and causing snarls. Moreover, this incident happened in 2008 and the video did not represent any current event.

The ministry of information and broadcasting (MIB) and the Telecom Regulatory Authority of India (TRAI) received over 3,000 complaints against private DTH service providers in the last three years and the current year. The information has been provided by the ministry in the Lok Sabha.

The Inter-Ministerial-Committee (IMC) constituted for the purpose of examining the TRAI recommendations has suggested that the matter may be taken up with the ministry of electronics and information technology and the BIS.