Anatomy of an Exit 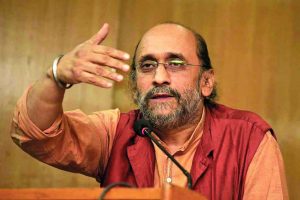 There are more revelations about the drama behind Paranjoy Guha Thakurta quitting as editor of the Economic and Political Weekly (EPW).On July 18, at 12 noon Thakurta attended a scheduled meeting of the Sameeksha Trust which runs the magazine. On the agenda was a documentary film being made to mark 50 years of EPW. Thakurta had gone prepared but within minutes realised that the agenda had been changed. It was suddenly all about a story in the June 24 issue of the magazine (“Modi Government’s Rs 500 crore Bonanza to the Adani Group”) and the notice sent by lawyers of Adani Power Ltd. demanding immediate “withdrawal/deletion” of that article and an earlier one on the Adani Group. The board referred to the notice and the fact that Thakurta had replied to the notice through a lawyer without its approval. This was cited as “grave impropriety” and “breach of trust”. Thakurta apologised. But the board wasn’t appeased, so he quit.

Was Thakurta shown the door because an investigative journalist like him wasn’t suited to an academic journal like EPW and the Adani notice served as a convenient excuse? According to sources, the Sameeksha Trust was under pressure from the government to sack Thakurta and withdraw the stories. Reason: His report on the Rs 500 crore bonanza was a major embarrassment since it alleged that Adani Power Ltd had claimed a refund on duties it had never paid! And the government had approved the claim. This charge has so far not been refuted by the finance and industry ministries. Curiously enough, the merits/demerits of the story were not discussed at the EPW board meeting. 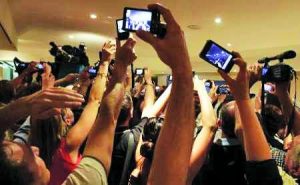 In the season of bad news, some 100 employees of NDTV across the country were fired last week. The downsizing operation left many camerapersons and technical staff in Mumbai, Delhi and at other regional centres jobless. The management’s explanation was that it had to get rid of “technical staff” since they had become redundant in the age of “Mojo” (mobile journalism) where reporters shoot visuals and record piece-to-cameras using mobiles and digicams. There are also rumours that the channel might go in for further job cuts as it is in financial distress and ad revenues have not shown any signs of picking up. The axing of staff has sent shockwaves through the TV news industry since NDTV was seen as an employee-friendly organisation. The fear is that similar downsizing is likely to happen across channels trying to save on newsgathering costs. Meanwhile, former NDTV anchor, Barkha Dutt, saw some humour in the dismal situation. She tweeted that her former employers were using her brand name “Mojo Media” to justify the sacking. Mojo is the multi-media venture launched by Barkha after she quit NDTV last year. It provides video content to other news channels but does not quite practice Mojo (mobile journalism). 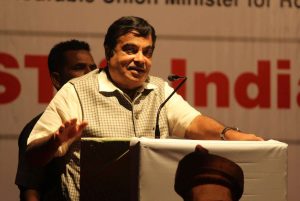 An otherwise innocuous event last week—the bhoomi poojan ceremony to mark the laying of a new stretch of highway at Angul, Odisha—has created a buzz in Delhi. The function was attended by Union transport minister Nitin Gadkari. Journalists covering it were shocked to discover an envelope containing a Rs 500 note in the media kit distributed on the occasion. Enraged, they reported the matter to the police. The organisers, the National Highway Authority of India, had no explanation. The local BJP alleged it was a conspiracy to tarnish the party. Gadkari left without meeting the media.

On July 18, the I&B ministry closed down three regional AIR news units (RNUs) in the south—Trichy, Kozhikode and Dharwad. With this, listeners in the region covered by these centres will be deprived of local news. Prasar Bharati had opposed the move which will affect AM and FM news broadcasts. However, the I&B ministry stuck to its guns. Does this signal the entry of private news content providers in the south?