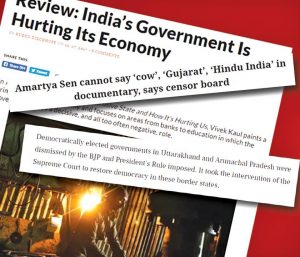 Will “unfriendly” news websites fall into the net next? According to sources, the investigative arms of the government, including the ED, may soon target portals that are excessively critical of the ruling dispensation. The idea has been mooted in the PMO where there is a view that print and television have fallen in line and the last bastion of opposition are some news websites which have been giving prominent space for dissenters. The government apparently wishes to make a start by looking at the source of funding for the errant portals, some of which have been receiving funds from trusts run by business houses. This move, it believes, will send out a subtle message which could manage the level of discontent on key issues. Apparently, expert views carried in some websites slow down policy implementation and “raise doubts” in the public mind. This news does not augur well for press freedom in India which is already under considerable strain.

With print publications all over the world facing tough times with falling revenues and subscriptions as the digital beast takes centre stage, one English daily has decided to remind people of the glory of print. The Hindu has launched a campaign called “For the love of Print” which includes a video film followed by other campaigns in print and digital, which will showcase the romance of print and the everlasting charm of a daily newspaper in people’s lives. The video for instance, features all the people involved in the making of a daily, including reporters, editors, typesetters, printers and delivery boys. The idea is to promote the values and benefits that a newspaper offers and emphasise its ability to provide in-depth information and analysis about events around the world, which sets it apart from online and electronic media. 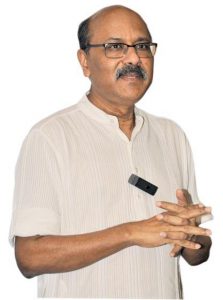 Former Indian Express editor-in-chief Shekhar Gupta, who has been confined to NDTV’s Walk the Talk since he left the newspaper, is now ready to launch his much-awaited project called The Print, under the umbrella of Printline Media Pvt Ltd. Described as a multi-media news platform, Gupta has appointed senior journalist Pranab Dhal Samanta, currently with The Economic Times, as editor of The Print. Samanta had served under Gupta when he was National Affairs Editor at The Indian Express and is a widely respected journalist. Three other ex-Express staffers who had joined The Economic Times with Samanta, are expected to follow soon. The Print is expected to focus largely on the digital platform with newsbreaks, blogs, columns, interviews, exclusives and sponsored events. 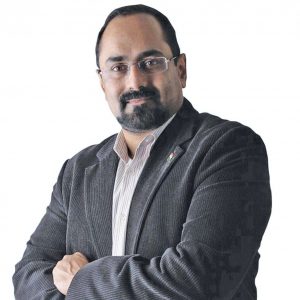 Bangalore, the home city of Republic TV patron-in-chief Rajya Sabha MP, Rajeev Chandrasekhar, is abuzz with the news that a leading magazine is researching into his foray into the media world. Journalists who have worked closely with Chandrasekhar, who also has interests in the Asianet Group, have been interviewed. The supposedly hard-hitting story which digs up dirt on the funding of the media projects is expected soon—unless of course the MP manages to halt it or uses his considerable charm to soften the blow.