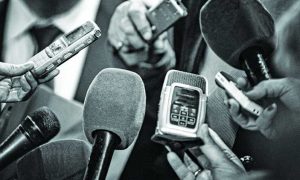 There’s a new spy versus spy game in town and the main beneficiaries are not spooks but scoops, or at least those usually behind them—members of the Fourth Estate. It started just before the recent assembly elections when the war rooms set up by the BJP and the Congress recruited journalists from print and TV on a freelance basis to provide inputs to their election strategy. The Congress chose mediapersons who were already covering the BJP while the saffron party did the same with journos on the 10, Janpath beat. They were paid well (the Congress paid better) for information on what the rival party was planning. It must have proved useful since both parties have continued the practice since the war rooms are already working towards the Big One in 2019, with great financial benefit to the political hacks who had succumbed to the lure of some extra lucre. 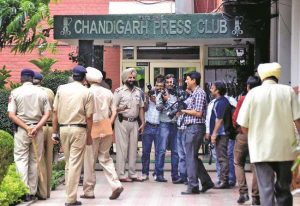 Scribes in Chandigarh have been hit by what can best be described as the Tantalus Syndrome. Like the unfortunate hero from Greek mythology who was made to stand in a pool of water which receded each time he tried to take a sip, the journos of Le Corbusier’s city have been living a parched existence because the Press Club there has been going dry and deceptively wet. Here’s how. After the Supreme Court’s recent order that bars 500 metres from highways must be closed, the club discontinued serving liquor. But soon good tidings came when the local administration declared that the Chandigarh Press Club (CPC) was in the safe zone—exactly 507 metres from the highway! The bar reopened to be closed again because the excise department conducted its own measurement and declared that the CPC fell within the 500 metre danger zone. As a result, parched journos wait like Tantalus knowing that the bar at their club is well stocked but they won’t get a drop to drink. At least for now. 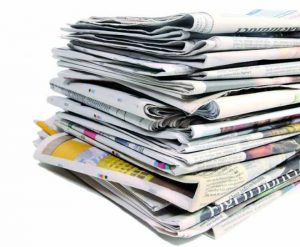 The newspaper industry continues its free fall as advertising revenue shrinks and subscriptions fall. The biggest blow is the Majithia Wage Board payouts which seriously affect bottomlines in the print industry. Many media houses have resorted to switching to contracts for journalists rather than conventional employment letters, and using freelancers. The Telegraph and the Hindustan Times have got rid of a number of staffers to cut costs. The trend is now affecting television broadcasters as well, though broadcasters were not part of the Wage Board recommendations. ET Now, the business channel owned by the Times Group, has started replacing staffers with freelancers. Hard Times ahead?

The Indian Federation of Working Journalists (IFWJ), which is party to a contempt petition filed in the apex court against newspaper managements for the non-implementation of the Majithia Wage Board recommendations, wants the court to direct former UPA ministers not to appear as lawyers for newspaper managements. The IFWJ’s case is that Kapil Sibal and P Chidambaram, who are lawyers representing media houses, were ministers in the UPA government which accepted the Wage Board’s recommendations. It would be inappropriate for them to challenge the decision now.

Anew book by Raghav Bahl, founder of Network 18, which launched a media empire that included CNN-IBN, CNBC TV 18, e-tailing, etc, reveals the reason behind the naming of Network 18 (which he sold to Mukesh Ambani). It turns out that 18 is his lucky number. After the sale, he started a company called Quintillion (The Quint news website). Quintillion means 1 followed by 18 zeros!

The Counsel for the respondents shall be at liberty to file their objections to the said application as well within the aforesaid period, the Court said.
Read more