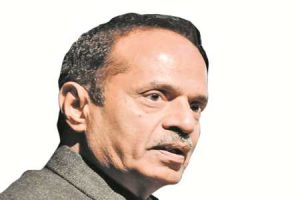 It took an editor like Harish Khare of The Tribune to tick off one of Punjab Chief Minister Amarinder Singh’s media advisors. It all started with the newspaper carrying an expose on how state power minister Rana Gurjit Singh’s former cook had walked away with a Rs 26-crore sand mining contract. The story embarrassed the government no end and the media advisor, a former journalist, was asked to pen a rebuttal. He did so and presented it to Khare. The Tribune editor ran his eyes over the copy and asked the CM’s man to rewrite it. He was told that the rebuttal would only confirm the story carried by the paper and not help the government’s cause. “Please improve the English and say what you have to in 300 words. Also, build some logic,” was Khare’s curt advice. 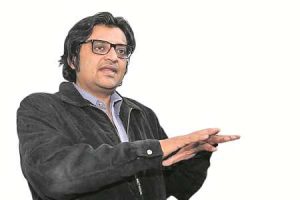 According to insiders, Arnab Goswami has been gently advised by the management of Republic TV that he must show balance in his news debates. The anchor launched the news channel in his signature style with fiery one-sided ultra-nationalistic debates where he attacked the Opposition parties and leaders across the spectrum spewing venom on them. But many in his organisation have begun to wonder what the “nation wants to know”? The debates have lost their USP and Republic TV has painted itself as the voice of the government. A survey conducted by the channel reveals that viewership has gone down and the “channel must have more credible and balanced content”. Republic TV’s promoter Rajeev Chandrasekhar has his “inbox” full of complaints from angry viewers and politicians. Does all this explain the channel’s “expose” on the Shriram Sena in Karnataka harassing Hindu-Muslim couples?

Among annual awards for journalism, one of the most credible is the Red Ink Awards by the Mumbai Press Club. It is based on a survey of over 100 journalists in different fields and consultations among senior members of the profession. The most coveted awards are the Lifetime Achievement Awards and Journalist of the Year, which have gone to two deserving journalists. Raj Kamal Jha, the low-profile editor-in-chief of The Indian Express who has maintained the independent legacy of founder Ramnath Goenka and also oversaw the Panama Papers scoop is awarded Journalist of the Year, 2017. The Lifetime Achievement award went to Vinod Dua, television veteran who made his reputation with Prannoy Roy in covering elections for Doordarshan, and then later, anchoring shows with a host of broadcasters, most notably NDTV. He currently anchors a daily webcast on the digital news site, The Wire. 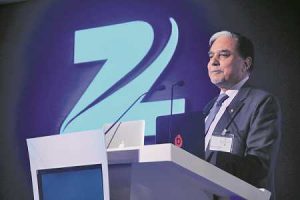 While Republic is widely seen as a pro-government channel, it is nowhere in the league of Subhash Chandra’s Zee Television network. His right-hand man and lead anchor of Zee News, Sudhir Choudhury, rivals Arnab in ultra-nationalism and Pakistan-bashing on every occasion, while Chandra himself is an open and ardent fan of Narendra Modi. Their latest flag-waving measure was to become the only Indian channel to boycott last Sunday’s India-Pakistan cricket match in Birmingham in the ongoing Champion’s League. Ignoring such an encounter in a cricket-crazy country seems foolhardy, but it was on par with the network’s hardline position on Pakistan. All other news channels were providing constant updates on scores, live reports from the ground, and pre-and post-match panel discussions, except for the Zee network. The only reference to the match was when Zee News telecast footage of army jawans on the border celebrating India’s win! Patriotism has no boundaries.