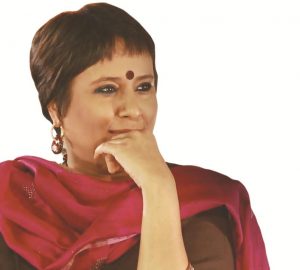 Journalists who are critical of the Modi government in print or electronic media are regularly targeted by the hyperactive army of right-wing trolls. Now, even if they turn authors, it is affecting their online sales, thanks to trashy reviews by people who have not even read the book. Amazon can tell if a reviewer on their site has made a purchase. An analysis of one star ratings and nasty reviews exposes the game: Barkha Dutt’s The Unquiet Land has 446 reviews on Amazon of which 327 are one star, the lowest rating. Only 20 reviews were by people who had bought the book, while 307 were by non-buyers. Rana Ayyub’s book on Gujarat faced a similar rating drop, mostly by non-buyers, as did Swati Chaturvedi’s I am a Troll and NDTV anchor Sunetra Choudhury’s book on VIPs in jail, Behind Bars. This is a well-coordinated effort with pro-BJP trolls alerting their social media volunteers when a book by someone on their hit list is due for release. 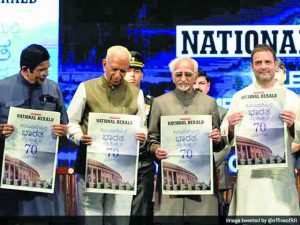 The National Herald may be facing legal battles but will soon hit the stands in all major cities as a weekly. It was relaunched last week in Bangalore with much fanfare by Vice-President Hamid Ansari with top Congress leaders, Rahul Gandhi included, in attendance. According to insiders, the initial plan was to launch it in Delhi but it was felt Bangalore would be more congenial and more economical for a soft launch as a Congress government is in place there. An edition from Delhi is also on the cards. So, what will the new publication offer that is any different from what appears on the Herald website? A paper which looks closely at socio-economic and political issues is what is promised. Meanwhile, the new paper is looking for journalists who can articulate the Congress world-view to the rest of the country.

The Times of India is conducting an internal probe into the embarrassing leak involving one of their senior editors lobbying finance minister Arun Jaitley for a foreign posting of an income tax official. The editor, Diwakar, was exposed when a message was mistakenly sent to the Times’ Delhi bureau WhatsApp group. It talks about a meeting he and another senior journalist, P Ramesh (both are known to be close to Jaitley), had with the finance minister where they discussed a posting in the ITOU panel which deals with overseas postings of IT officers. The message disclosed that the two journalists asked for a tax officer posted in London be replaced, and Jaitley apparently said “chalo”, whatever that means. More than the internal inquiry, the leak raises serious questions about journalists asking for favours from top ministers on behalf of serving bureaucrats and whether the media organisation is compromised as a result. 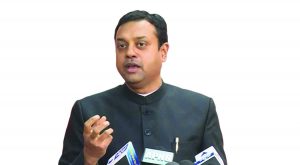 As more and more ministers and party leaders fall prey to fake news, the BJP’s cyber cell is planning to send out a list of dos and don’ts for those active on Twitter. According to sources, the move comes after Union commerce minister Nirmala Sitharaman recently retweeted fake news that attributed a quote to music director AR Rahman in which he supposedly said that “the killing of cows hurts the sentiments of billions of hindus, so we must stop that”. Not just that. Party spokesperson Sambit Patra also made news for the wrong reasons when he retweeted a fake timesofislamabad.com story that said that NDTV had declared that the government’s Make in India programme was a total flop. According to sources, the BJP’s national IT cell, headed by Amit Malviya, will be educating party leaders on which websites to avoid and how to identify fake news. “Many of our leaders have to be Twitter trained,” is how a member of the cyber cell put it. 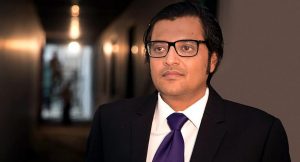 Arnab Goswami may have taken his obsession with sensational headlines too far. On Republic TV’s official Twitter handle, he wrote that the only way to get Mallya back is for the government to cut ties with the UK! Brexit is now Indexit.